Gaokin GK1000 could become a Brixton for Europe 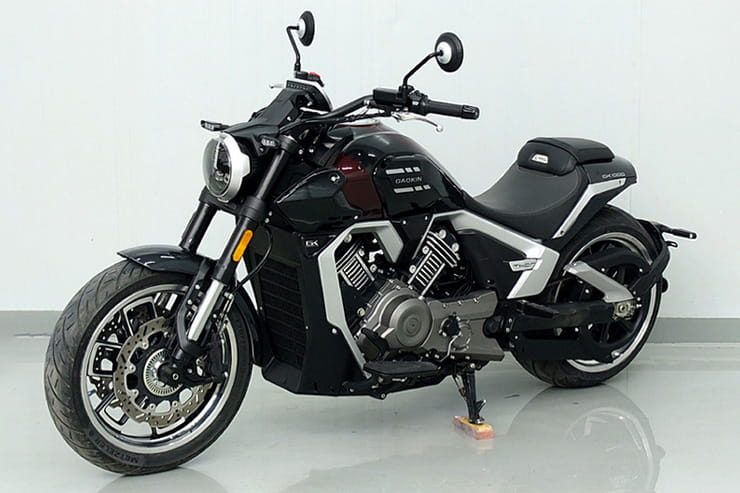 While many of the world’s motorcycle companies are turning their attention from combustion engines to an electric future the opposite is happening in China where dozens of brands already sell battery-powered bikes but there’s a growing interest in large-capacity petrol models.

Brixton is one of the latest to join the fray, unveiling the Cromwell 1200 last year as a cut-price Triumph Bonneville rival, using an 80hp, 1200cc parallel twin. It’s just gone on sale in China for the equivalent of £7900. The closest genuine Bonneville in terms of specs is the £11,095 T120. Now Brixton’s parent company, Gaokin, is adding another big-capacity twin to its range in the form of the GK1000 ‘Thor’ cruiser.

Despite a little less capacity than the retro-styled Cromwell 1200, the Thor’s water-cooled, 997cc V-twin is the company’s most powerful offering yet. It’s an 80-degree V with a 92mm bore and 75mm stroke, making 88.5hp at 7200rpm and 70 lb-ft at 6000rpm, mounted in a cruiser-style bike that avoids the temptation to be overtly retro or to copy the likes of the Ducati Diavel. It’s a distinctive design of its own, marked out by crisp angles and an aluminium chassis that emphasises the V of the engine. 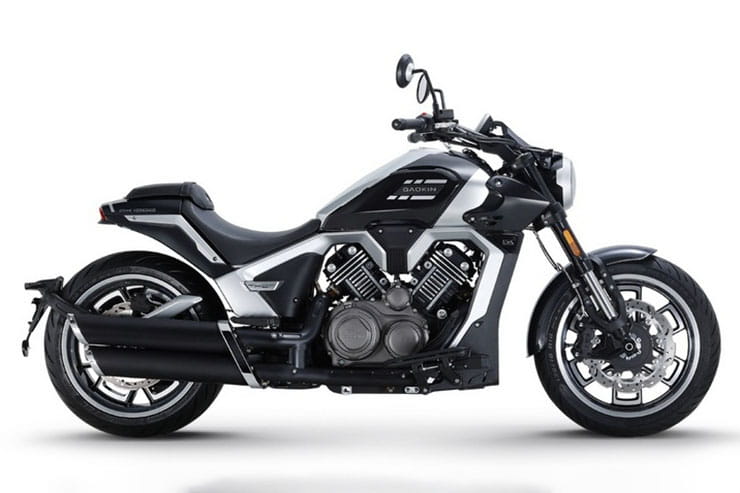 Although the bike has yet to go on sale in China, it’s expected to undercut the Cromwell 1200, coming in at the equivalent of around £6000 on its home market. That’s despite an impressive array of equipment including J.Juan radial brake calipers with Bosch ABS. Bosch also deals with engine electronics that include a ride-by-wire throttle, multiple riding modes and cruise control.

Other name-brand parts include the KYB suspension, with upside down forks and a rear monoshock that’s adjustable for preload and rebound damping. The wheels hold oversized tyres, with a 130/70VR18 at the front and a huge 240/50VR18 at the back.

Other kit includes smartphone connectivity and headlights that turn on automatically when it gets dark.

Most of Gaokin’s machines are designed with the assistance of KSR in Austria, which is largely responsible for the appearance of the Brixton range. Whether the GK1000 Thor reaches these shores remains to be seen, but there’s clearly the mechanism for it to do so if the company decides it would be profitable to sell it here.