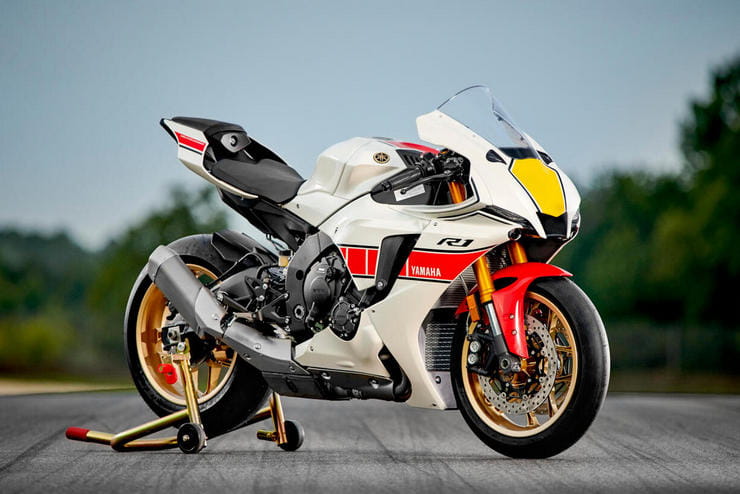 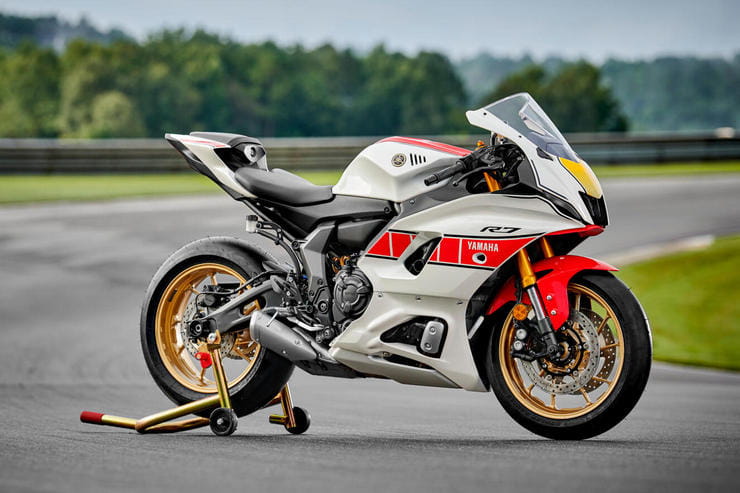 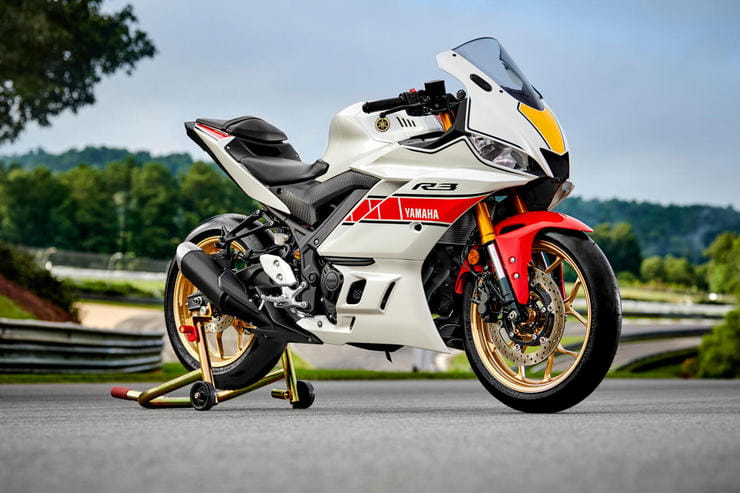 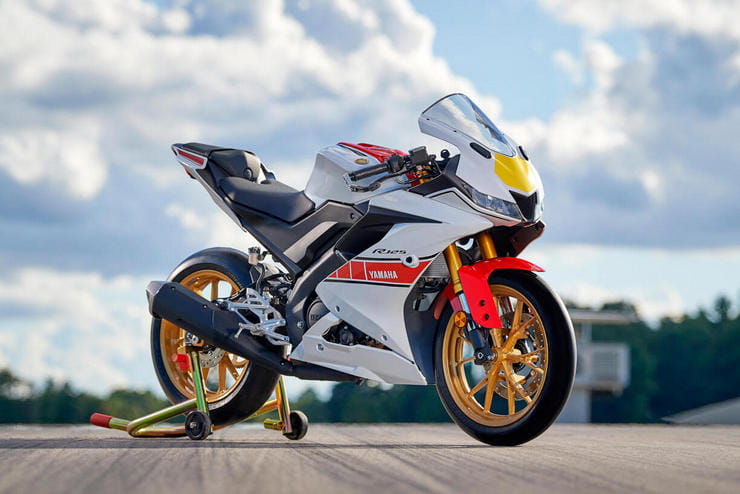 Sometimes a lick of paint is all it takes to rejuvenate an existing bike and Yamaha has taken that strategy and knocked it out of the park with the newly unveiled 2022 R-Series range of sports bikes.

While technical changes on the firm’s R1, R7, R3 and R125 are few and far between for next year, the company is marking the 60th anniversary of its first entry in GP racing by reviving the much-loved speed block scheme and offering it on every iteration of the R-Series in 2022.

While Yamaha’s first GP was in the 250cc class at the 1961 French GP, the famous red-and-white colour scheme didn’t appear until 1964 – the same year that Phil Read rode a Yamaha to the firm’s first world title.

Now the company has more than 500 Grand Prix wins to its name and the company’s shelves creak under the weight of world championship trophies, and while the decades of various sponsors mean the speed block colour scheme is only wheeled out on track on special occasions, it’s still synonymous with the company.

All the 2022 ‘World GP 60th Anniversary’ models in the R range get the same paintwork; white with red speed blocks, an anniversary emblem, a red stripe on top of the tank and tail, a red front mudguard and a yellow ‘number board’ on the nose. They also feature gold wheels to complete the retro racer style. 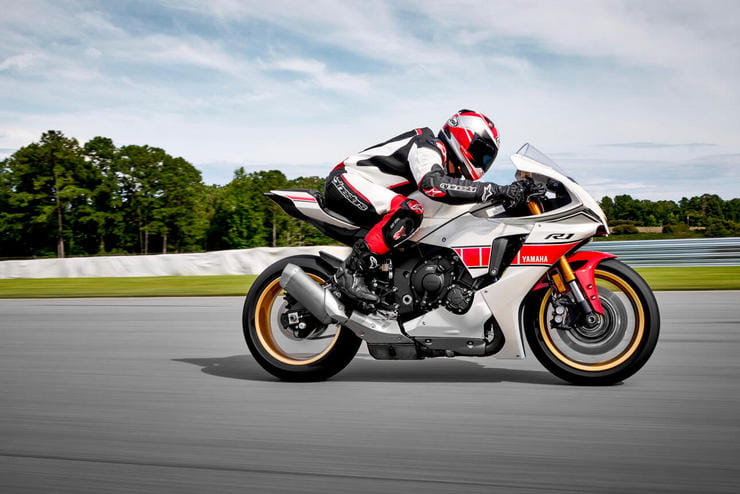 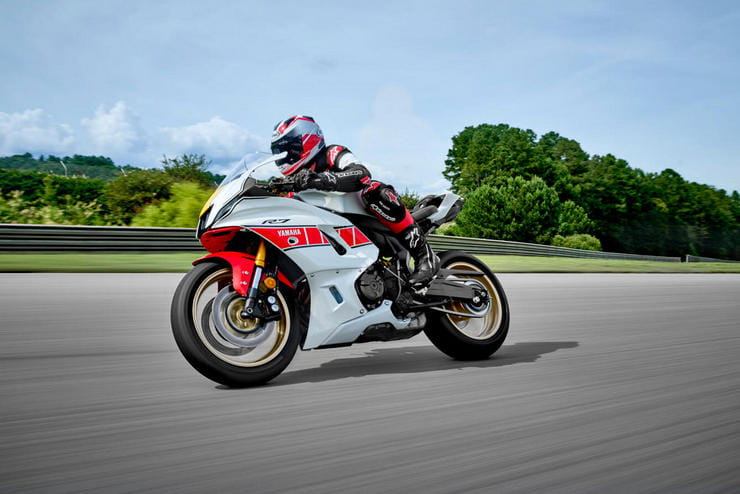 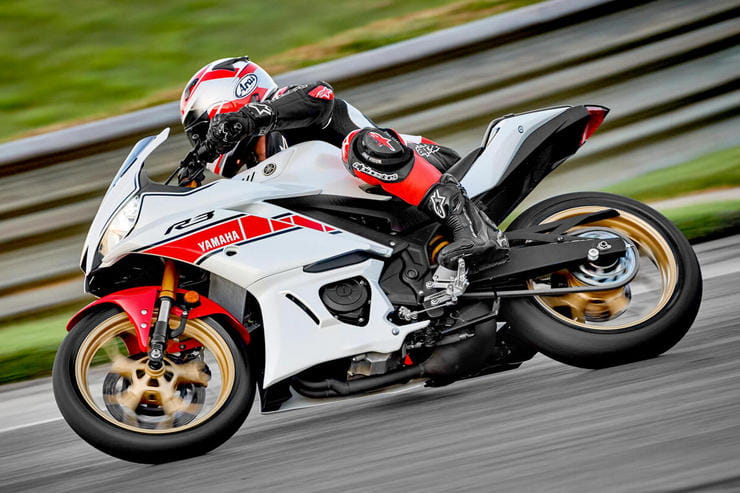 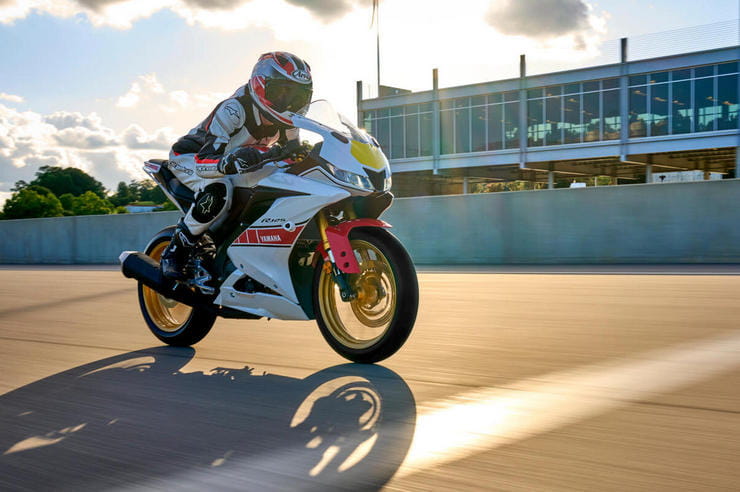 At the top of the range, Yamaha is once again offering the R1M in 2022, complete with Ohlins electronic suspension. It’s the only bike in the R range not to get the anniversary paint scheme, instead featuring a new ‘Icon Performance’ colour scheme that highlights its bare carbon bodywork.

Stepping down to the standard R1, the anniversary colours are joined by black and black/blue options. Neither of the firm’s 1000cc models get any technical updates, although since Toprak Razgatlioglu is currently topping the WSBK standings on a Yamaha, while Jason O'Halloran and Tarran Mackenzie have won 16 of the 24 races in the Bennetts British Superbike championship perhaps there’s no need…

Since the R7 is already officially a 2022 model, it’s doesn’t get any changes beyond the addition of the Anniversary version, but one step further down the R3 is revised with a new Euro 5 compliant engine. While you’ll be hard pushed to spot the change, Yamaha says the lower cowling is revised to fit around the new catalytic converter that the update brings.

A new ‘Icon Blue’ colour joins the range, matching the larger models, along with the same all-black version. The same colours will also be on the R125, if you don’t opt for the 60th Anniversary version.

Yamaha says the bikes will all be in dealers in December 2021, and while official 2022 RRPs haven’t been announced yet they’re unlikely to stray far from the 2021 prices. 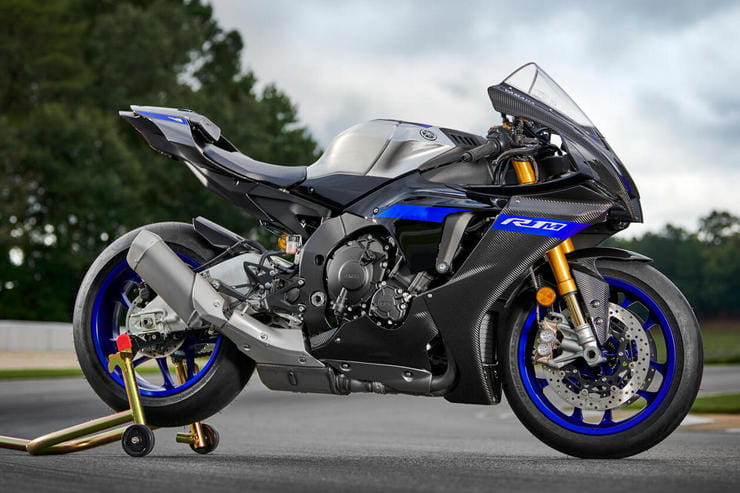