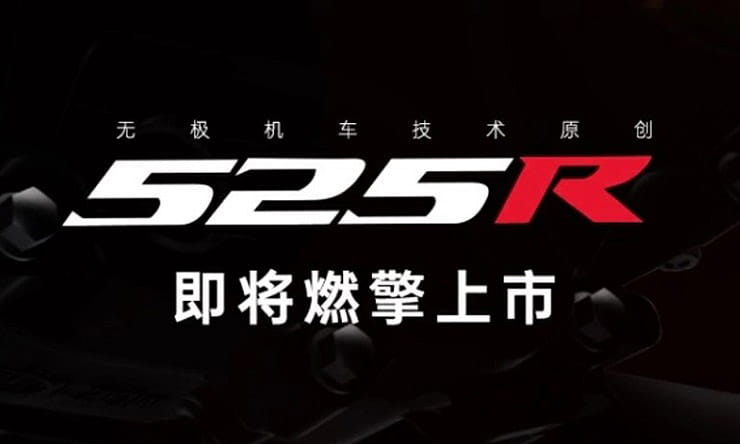 Voge is a new name on the UK market but the fact its bikes are now on sale here means there’s a new relevance to the company’s plans for the future. And one of those plans is starting to crystalise as Voge has started to tease the launch of a new machine under the name ‘525R’.

A picture accompanying the teaser text, revealed in Voge’s Chinese homeland, shows the planned 525cc engine – which appears to be a heavily updated version of the existing 471cc unit used in the company’s existing 500R and the 500DS adventure bike that’s the first Voge to go on sale in the UK.

The fact that Voge (which is the high-end sub-brand of Chinese firm Loncin) already offers a naked streetbike called 500R means it’s not a huge leap to assume the 525R will be its replacement, and that ties in with the fact an updated version of the machine was displayed in China last year and given type-approval but has yet to go on sale. 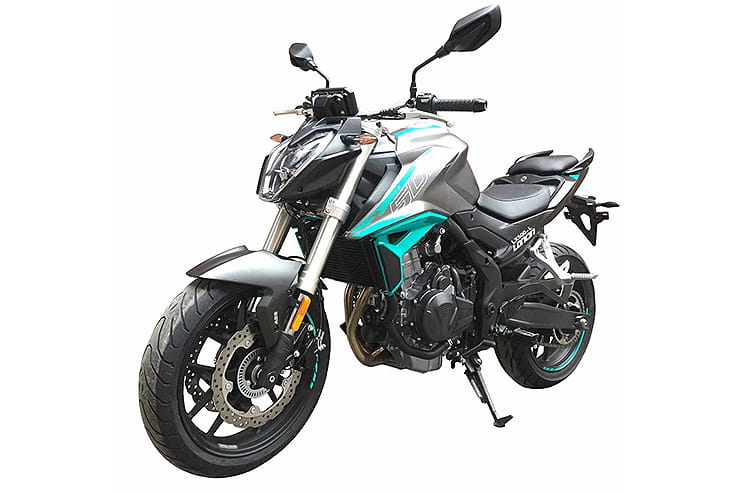 Although the type-approval documents describe the new bike as having the same 471cc twin of the previous version, it’s been several months since it was shown at the Chongqing expo last year and that time appears to have been spent upgrading the engine.

Compared to the existing 500R, the new model (above) gets revised styling including a new tail and significantly altered side panels extending forward from the tank and merging with the radiator cowls. It also features a full colour TFT dashboard instead of the existing LCD, new backlit bar controls, and a much larger exhaust end can, suggesting it’s designed to meet tougher emissions rules. 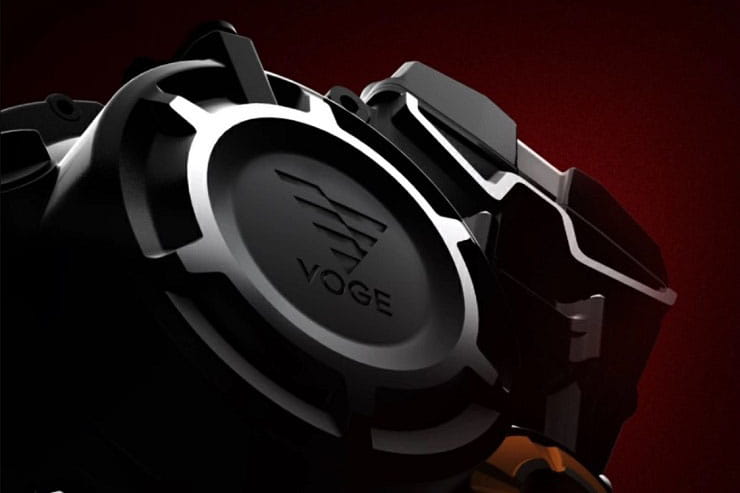 There’s little news yet on the detail changes to the 525cc engine, but it’s clearly a significant upgrade over the 471cc twin of the existing 500R.

The old engine’s capacity, bore, stroke and overall layout are identical to those of Honda’s CB500 motor, as used in the CB500F, CB500X and CBR500R, but that will change with the new version. The teaser picture shows revised designs for the right-hand engine covers, as well as a noticeable change to the casting of the cylinder head, although there are still clues that the engine is an upgrade of the existing unit rather than an all-new design. The cylinder castings looks the same, for instance, as do the bolt patterns around the engine covers.

With around 10% more capacity than the old unit, the new engine should offer a decent performance hike, although it’s worth noting that the current 471cc engine – as sold in the UK’s Voge 500DS – is already right on the limit of the A2 licence class with a peak power of 46.2hp.