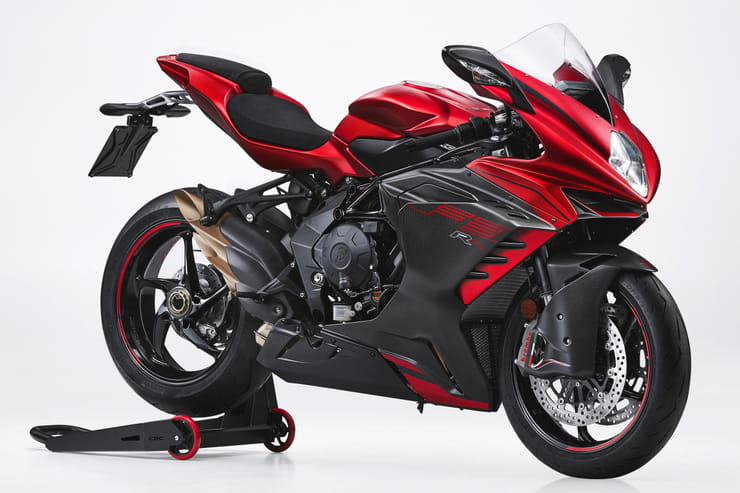 The middleweight sports bike might be a dying breed but MV’s latest F3 shows a glimpse of what can be achieved by adding superbike technology to smaller, lighter machines.

We revealed the existence of the new RR model back in May, when the firm filed initial type-approval paperwork for the bike, but at the time it wasn’t clear how MV would differentiate the machine from the cheaper Rosso version. With the official launch it become clear that while the essential specs including the 147hp, 798cc triple and 173kg dry weight are unaltered, the RR’s bodywork is radically altered to reflect the latest trends in downforce-generating aerodynamics. 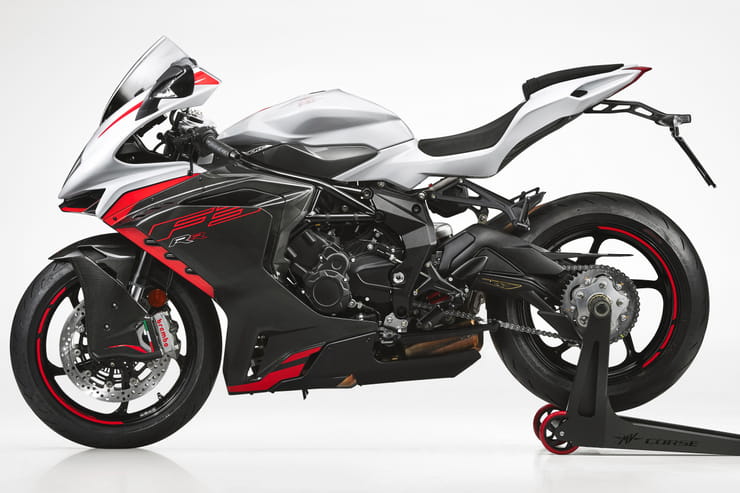 Spec-wise, the €21,900 (£18,800) RR doesn’t differ much from €16,400 (around £14,100) Rosso version. As well as sharing the same key dimensions, the suspension is the same Marzocchi front, Sachs rear, the engine is an identical Euro 5-compliant version of the firm’s three-cylinder, and the electronics are the based around the same new e-Novia IMU platform, allied to Continental cornering ABS as MV continues to move away from the Bosch equipment used by most of its rivals. Similarly, the frame is the latest version of the part-alloy, part-steel trellis design, with tweaked rigidity for 2022.

However, the bodywork leaves no doubt as to which bike is which. The RR features full-length carbon-fibre side panels that incorporate a triple-tier enclosed winglets, reminiscent of those on the latest Honda CBR1000RR-R FireBlade. There’s also a taller screen to allow the rider to tuck in more completely, and a new front mudguard that wraps around the fork legs and incorporates NACA ducts feeding the Brembo radial brake calipers. Under the bike’s nose, an extended carbon fibre section juts forward, splitting the airflow between the engine air intakes and the radiator. Combined, the parts lower the bike’s drag coefficient to compensate for the wind resistance of the winglets, which add up to 8kg of downforce to the front of the bike at 240km/h (149mph). 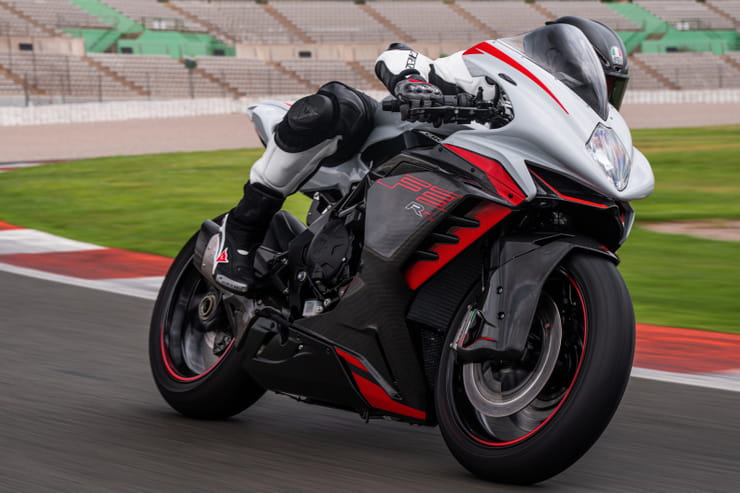 Despite being carbon, these appendages inevitably add weight, so to offset that MV Agusta has fitted a new rear wheel that’s 10% lighter, down from 4567g to 4142g, reducing inertia by 7%. Since reducing rotating and unsprung mass can help both performance and handling, it’s another change that should make a noticeable difference compared to the cheaper Rosso model.

Other tweaks include a new seat with a grippier leather and Alcantara cover, along with revised, CNC-machined footpegs.

MV will also be offering an optional racing kit for the F3 RR (below), including a variety of CNC machine parts – fuel cap and levers – plus a pillion seat cover to make it a single-seater. More importantly, the track-only kit includes an Akrapovič exhaust that both boosts power by 8bhp to 155bhp and cuts 8kg from the bike’s weight, taking it down to 165kg (dry).

The F3 RR might remain an exclusive rarity, but it’s a tantalising insight into the sort of middleweight supersport machines that might have been available from mainstream manufacturers by now if they hadn’t almost entirely deserted that section of the market. 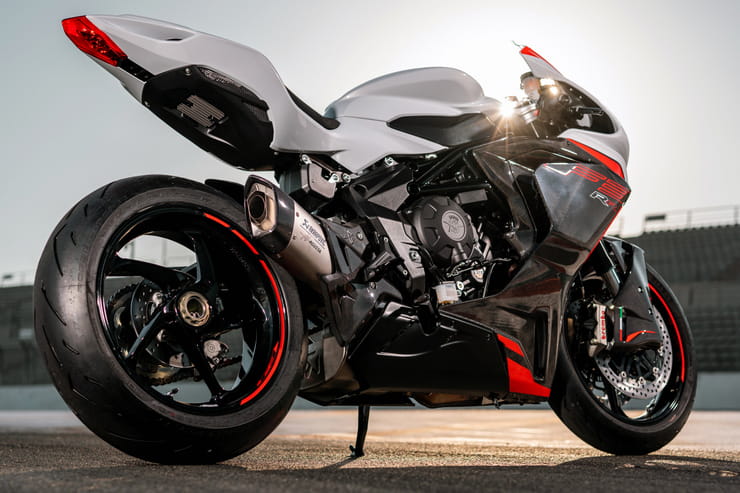