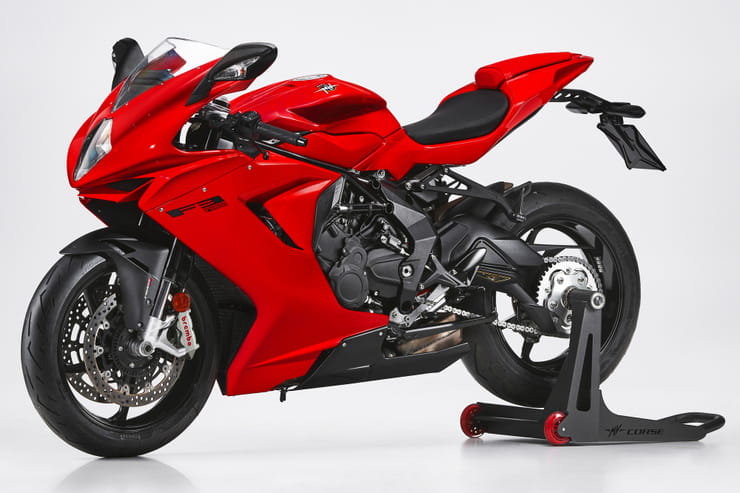 The words ‘MV Agusta’ are normally associated with high-priced exotics that are beyond the wallets of most riders but the firm’s Rosso range aims to address that issue with down-spec’d versions of its three-cylinder models. Now the F3 sports bike has been added to the Brutale, Dragster and Turismo Veloce to complete the set.

As the Rosso name suggests, one of the restrictions that buyers of MV’s entry-level series faces is on colours. You can choose between red and, er, nothing else. Perhaps it’s just the novelty of it, but the F3 800 Rosso loses nothing with the single-tone paint scheme; clearing the bike of multiple colours and graphics only serves to emphasise what an impressive piece of styling it is.

The red fairing is allied to a black frame, hiding the fussiness of the trellis section that’s usually picked out in red on the normal versions of the F3. Parts like the footpegs, normally finished in bare alloy, are also black-coated to give a simpler, cleaner look overall. 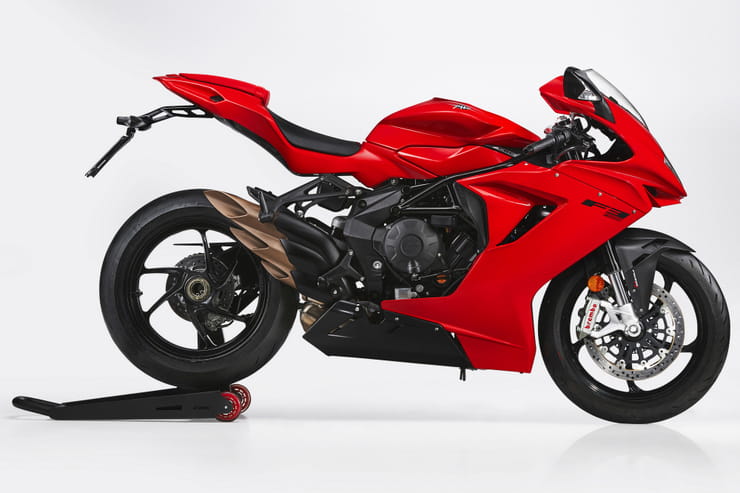 Unlike its Rosso range siblings, the F3 Rosso isn’t detuned. The Dragster and Brutale Rosso models make do with a 110hp triple instead of the 140hp version seen in the ‘RR’ versions, but the F3 800 Rosso makes 147hp from its revised, Euro 5 compliant triple. All 2021-spec versions are expected to offer the same performance, although so far only the Rosso version of the 2021 F3 has been revealed.

The Euro 5 updates include low friction treatments for the engine internals, a revised exhaust (already seen on the Dragster and Brutale) and new, higher-pressure injectors. Improved electronics and a more efficient radiator complete the engine upgrades.

The power is fed through a reinforced clutch to a gearbox that gets MV Agusta’s EAS 3.0 up-and-down quickshifter system, with revised programming and a new sensor for smoother shifts. 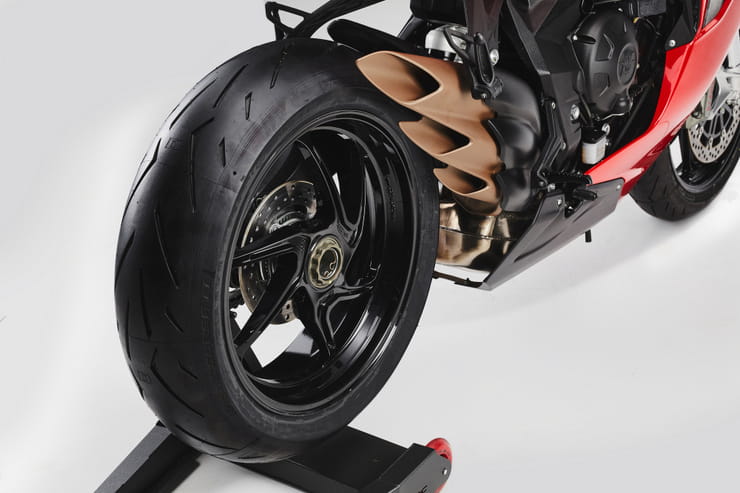 On the chassis front, the F3 sees similar changes that have already appeared on its sister models, including redesigned frame plates around the swingarm for more rigidity.

However, the changes to the electronics systems are more likely to make a difference for most riders. The latest F3 gets a new IMU, developed by e-Novia, while the ABS system now comes from Continental, like that on MV’s other 2021 models. MV appears to be breaking all ties with its previous supplier, Bosch.

The new electronics bring an updated front lift control that manages wheelie height rather than preventing them altogether, and a new colour TFT dashboard instead of the old grey LCD brings a new level of access to the setup side of the system. This dash also links to smartphones, not only bringing navigation and media control but allowing trip recording via the MV Ride app. 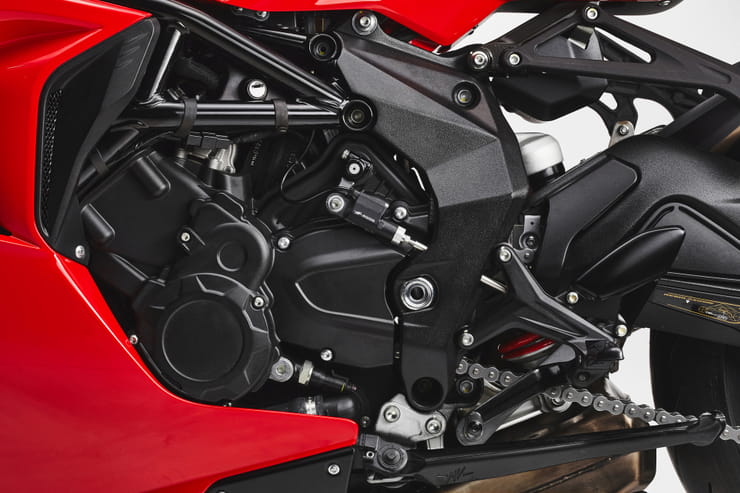 Most of the key specs are unchanged from the old F3, including the 173kg dry weight and the 16.5 litre fuel capacity as well as dimensions like the 1380mm wheelbase. The suspension – 43mm, fully-adjustable Marzocchi forks at the front, a similarly adjustable Sachs shock behind – is also unaltered. While Euro 5 updates by other firms have often seen worse fuel economy and CO2 emissions than their predecessors, the F3 improves on both fronts, achieving 46mpg instead of 44mpg and 139g/km of CO2, down from 157g/km. 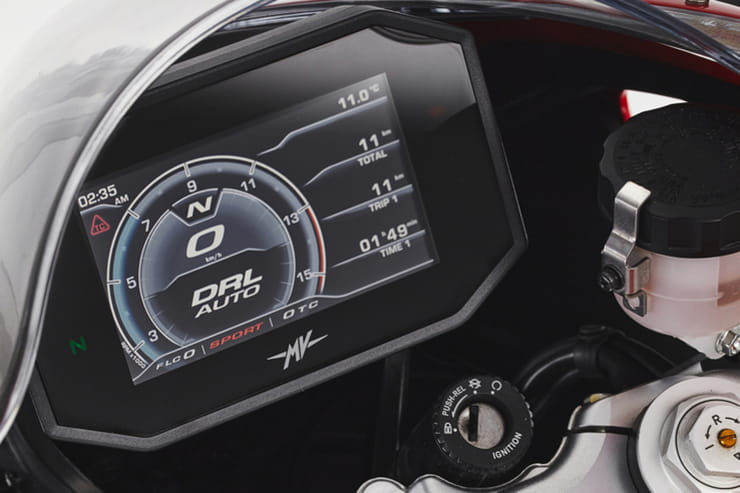 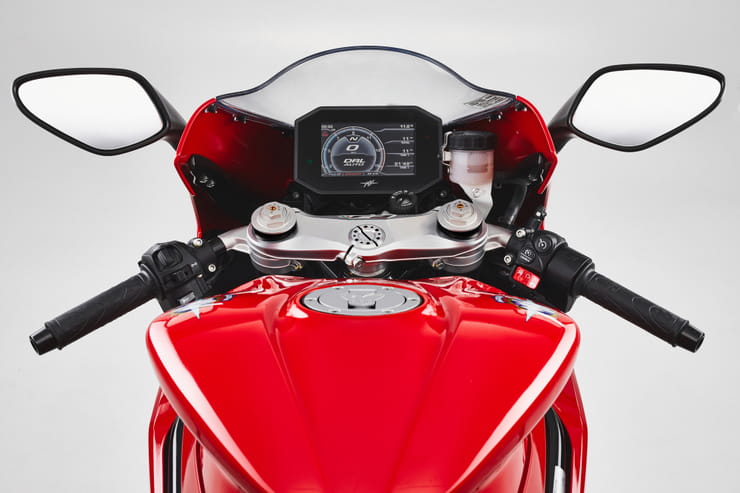