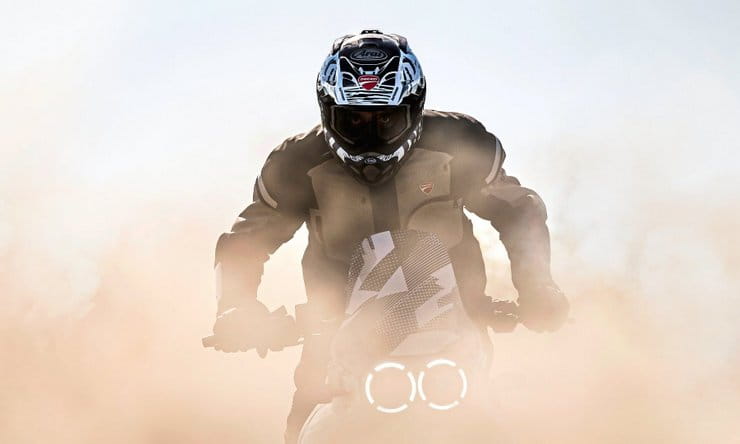 Ducati is heading into the hardcore adventure bike market with a new machine inspired by the Scrambler DesertX concept it revealed back in 2019 – but with very different components under the skin.

An initial teaser image from the company confirms the production DesertX shares the concept’s twin, circular headlights rimmed with LED strips and near-vertical screen, giving a modern take on the classic 1980s and 90s Paris-Dakar race bike style. However, where the original concept bike was based on the Scramber, complete with its air-cooled V-twin and steel frame, the new production bike is built around the firm’s 937cc water-cooled Testastretta engine and will simply be called the Ducati DesertX. 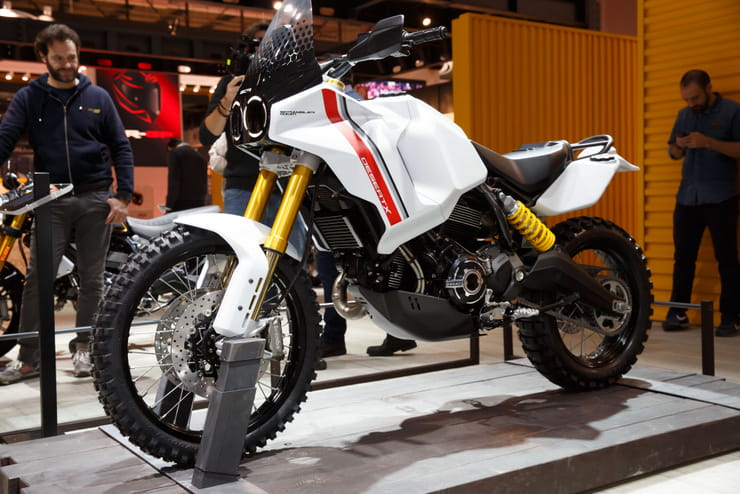 That’s the motor used in machines like the Supersport, the Monster, the Hypermotard 950 and the Multistrada 950, making between 110hp and 114hp depending on the model, and from 93 to 96Nm of torque.

It’s not yet clear whether Ducati will reuse an existing chassis or if it’s developed a new one for the DesertX, but either the Multistrada 950’s part-alloy, part-steel frame or the Hypermotard’s all-steel one would both fit the engine and potentially suit the DesertX’s off-road style.

What is clear is that the bike is a much more serious off-roader than anything in the firm’s current range. Ducati has confirmed it uses a 21-inch front wheel, like the Scrambler DesertX concept bike, no doubt allied to an 18-inch rear for the same combination that’s offered by bikes like Honda’s Africa Twin, which is also among its closest rivals in terms of power. 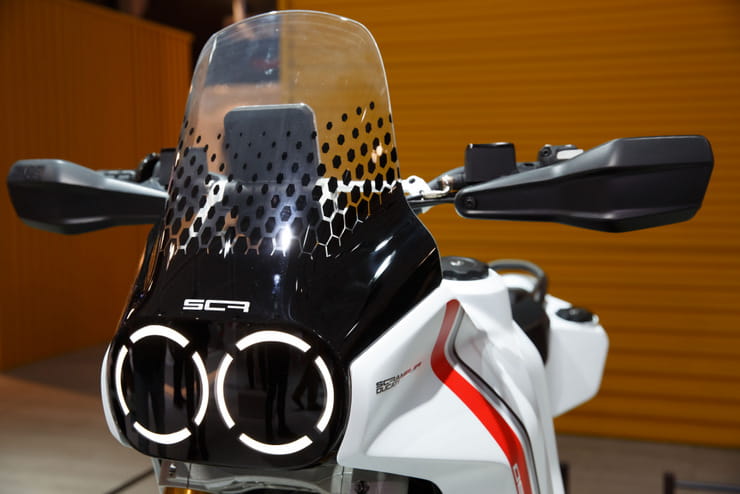 Ducati won’t unveil the DesertX until 9th December, but the firm is planning a drawn-out teaser campaign running up to that date, with videos appearing every two weeks, starting on 30th September and building into a six-part series by the time the bike is fully revealed.

The videos won’t be purely dedicated to the DesertX, instead focussing on various new 2022 models.

The first episode, on 30th September, will be titled ‘Your everyday wonder’. It’s followed by ‘Mark Your Roots’ on 14th October, ‘Rule All Mountains’ on 28th October, ‘A New Fighter In Town’ on 11th November, ‘The Evolution of Speed’ on 25th November and finally ‘Dream Wilder- DesertX’ on 9th December.

Those episode titles hint at some of the models we can expect, including a new Streetfighter – surely a Streetfighter V2 to match the existing Panigale V2 – and a new high-performance model, potentially an updated Panigale V4R. The ‘Rule All Mountains’ episode is likely to focus on the long-expected Multistrada V4 Pikes Peak.

Keep an eye on BikeSocial to see the new 2022 Ducatis as they’re unveiled. 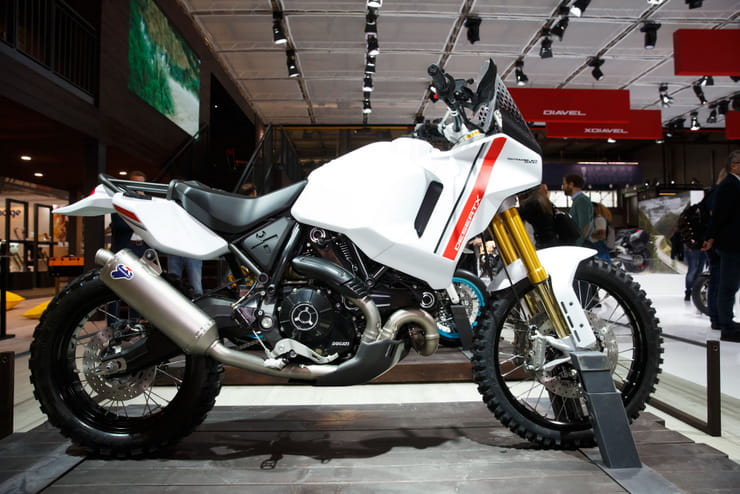