CE 02 – the next BMW electric scooter 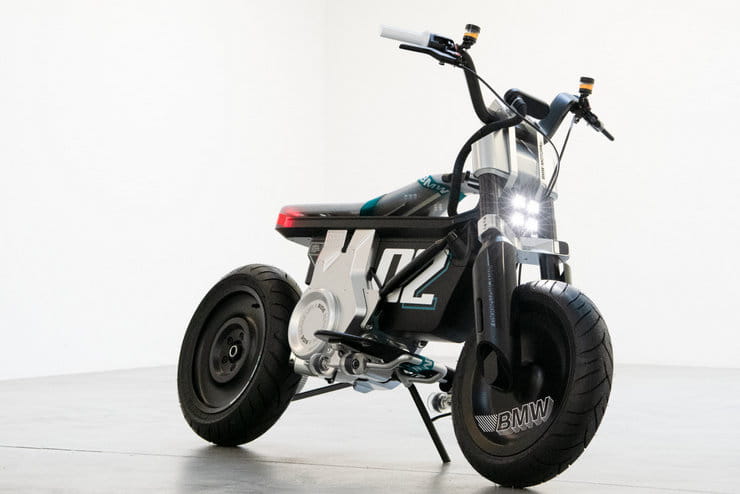 When BMW showed the Concept Link back in 2017 it looked way too futuristic to ever become a production model – but this year’s CE 04 scooter is a dead ringer for it. Now BMW has shown the Concept CE 02 and it’s also virtually certain to follow its bigger brother into showrooms.

We’ve known a CE 02 has been on the way for a while. Back in August 2020, BMW filed trademark applications for the name, as well as requesting rights over a host of ‘DC’ titles destined for future electric motorcycles and the CE 04 brand that would later emerge on the production version of the Concept Link. 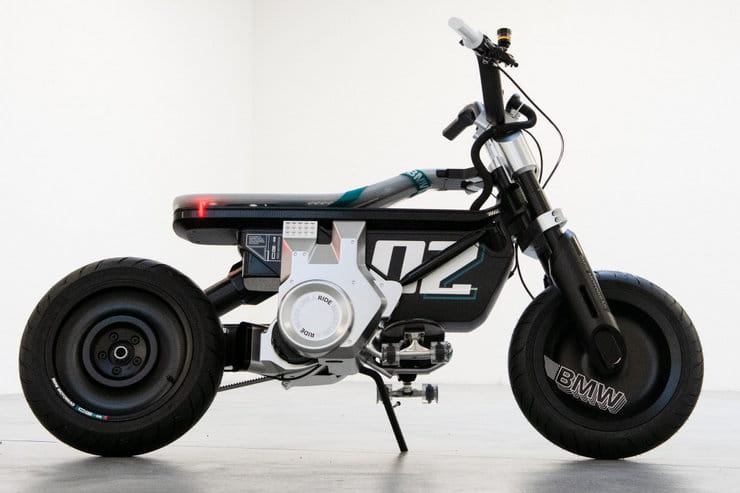 We expected the second CE model would be a smaller, lighter machine, but the Concept CE 02 turns out to have dimensions more like a Monkey bike or Honda Grom, and is neither a conventional scooter nor a motorcycle but something in between. BMW makes much of it being aimed at young riders, but just like the Honda Monkey or MSX125 it’s easy to see that a machine like this could be a tempting ‘extra’ bike for supposedly more mature riders as well.

Performance is in the 125cc class, with an 11kW electric motor, a 56mph top speed and 56-mile range, while at 120kg it’s far lighter than most electric bikes. 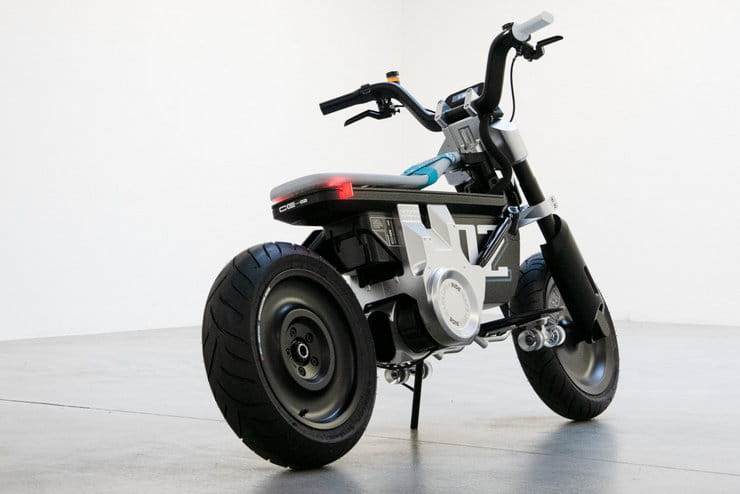 Although the Concept Link’s transformation into production model and BMW’s trademark on the CE 02 name point to the Concept CE 02 reaching showrooms eventually, the concept version is still clearly in the hand-made, one-off stage. The  motor and transmission are housed in a billet machined alloy case, and construction pictures of the prototype show that while it has genuine electronics inside, its batteries are off-the-shelf, Panasonic LC-CA1215P lead-acid 12-volt, 15 amp-hour units. There appear to be three of them, but even so that doesn’t seem likely to be enough for the claimed performance and range. The chances are they’ve been rigged up to allow the concept to be ridden for short distances, but a completely different arrangement with Lithium-Ion batteries is surely needed for the production version. Given the relatively short range, and the direction other manufacturers are taking with small electric models, swappable battery packs would make a lot of sense. 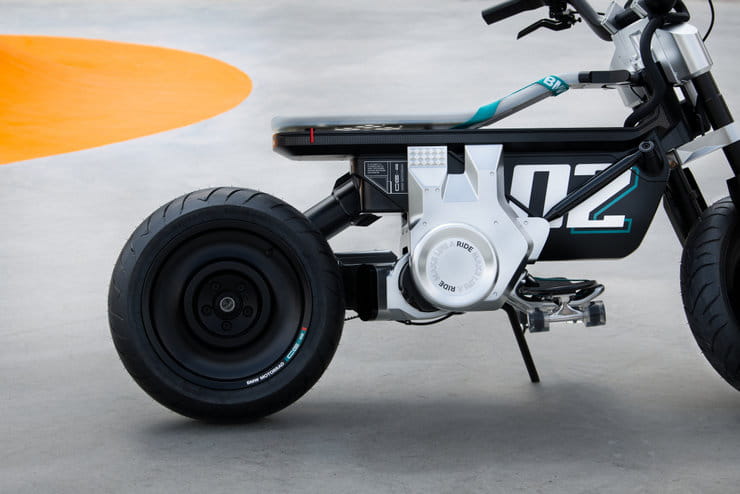 BMW’s youth-oriented targeting for the Concept CE 02 goes a little far in some respects – notable the fact that there’s a skateboard strapped to a pair of rails under the battery pack, doubling as the rider’s footrest. Fortunately, there are also purpose-made footpegs underneath the skateboard for riders who’ve grown out of that sort of thing. BMW’s information about the concept also makes mention of rear footrests that can be used by either the rider or a pillion, depending on the riding position you want to adopt, although no such pegs appear to be visible on the Concept CE 02 – perhaps that’s something that will only come when the bike is closer to production.

The skateboard storage area can also be used for anything else that fits in the space under the electronics, and there’s a further storage spot above the battery box, below the upper frame rail.

Unusually, BMW has been restrained when it comes to technology. There’s no smartphone connected, app-controlled element to the bike, and even the tiny, bar-mounted instrument panel – which carries the bare minimum of info – is conspicuously wired into the bike via an oversized cable. Is this a kick back against the trend to make everything wireless? Perhaps. BMW says the cable’s visibility is quite deliberate, even over-emphasised.

BMW design boss, Edgar Heinrich, said: “At first glance, there is little about the BMW Motorrad Concept CE 02 that is typically BMW Motorrad – it’s something completely new. We want to strive for something novel and be pioneers – which is what we’ve proven ourselves capable of with various projects in the past. The Concept CE 02 features new proportions and modern forms of single-track mobility in an urban environment. In addition, we wanted to achieve a level of design innovation that we have not had before at this level. Straightforward use was important, but above all the emotional component was crucial, as well as riding fun.”

There’s no definite confirmation yet that the bike will reach production, and certainly no schedule as to when it might happen, but given the CE 04’s path to showrooms we’d expect to see something very like the CE 02 on the market in a few years’ time. 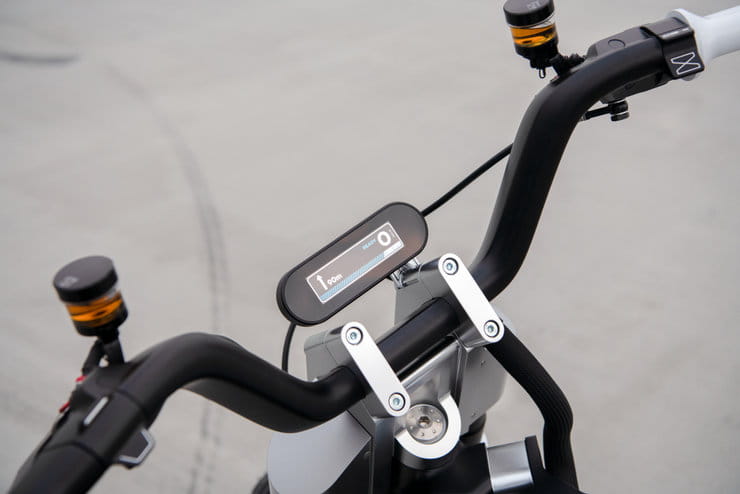