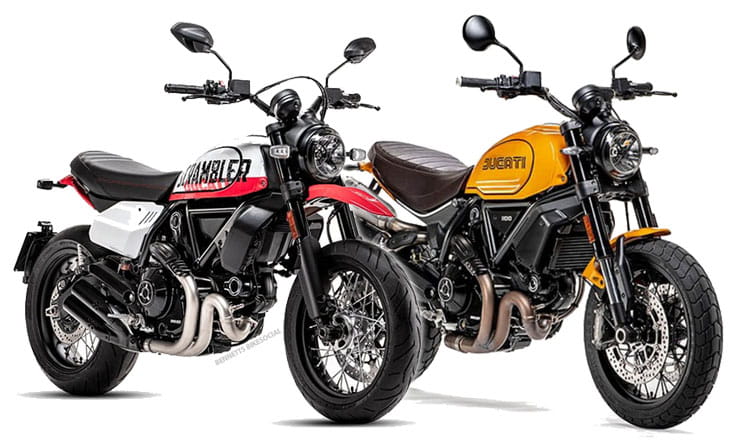 The second of Ducati’s biweekly 2022 new model launches focusses on the Scrambler range – adding the 1100 Tribute PRO and the new Urban Motard to the range.

The two models might both wear the Scrambler title but they come at the idea from very different perspectives. The Tribute PRO, as its name suggests, pays homage to Ducati’s past, while the Urban Motard takes its inspiration from the firm’s 2019 Scrambler Motard concept, using the 803cc Scrambler as its base but with a street-oriented, supermoto-style look. 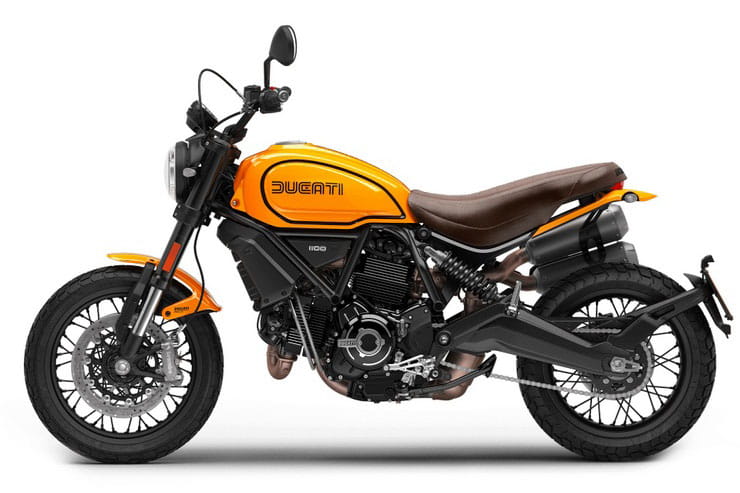 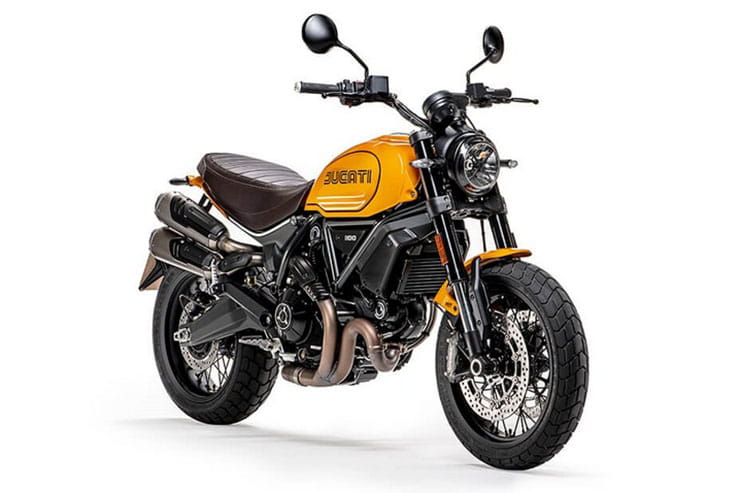 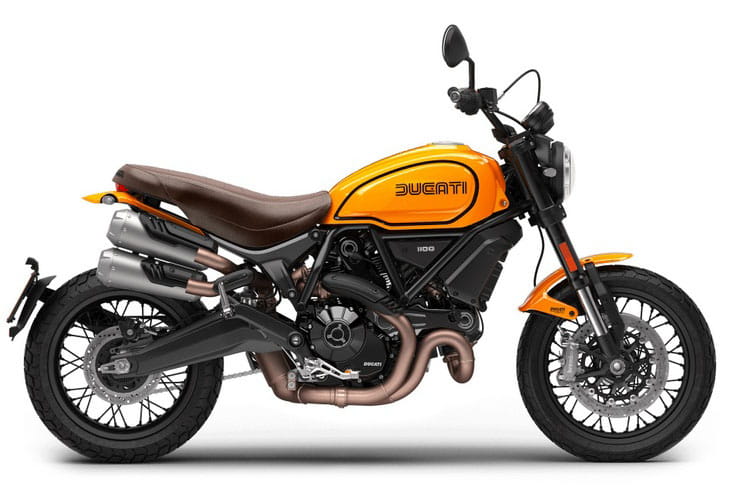 Starting with the Scrambler 1100 Tribute Pro, the bike is based on the existing 1100 PRO but adopts a retro look to mark 50 years since the firm launched its first V-twin machine, the 1971 750 GT.

Although Ducati’s old SportClassic GT 1000 was a much more direct modernisation of the original GT’s look, the Scrambler 1100 Tribute PRO adopts the firm’s classic Giallo Ocra colour scheme along with the 1970s Ducati logo, designed originally by Giugiaro.

Black spoked wheels and details including round mirrors and a brown seat complete the visual overhaul.

Spec-wise, the Tribute PRO is pure Scrambler 1000 PRO, with the same 1079cc air-cooled V-twin making 86hp at 7500rpm and 66.5lbft at 4750rpm, governed by three riding modes and a multi-level traction control system 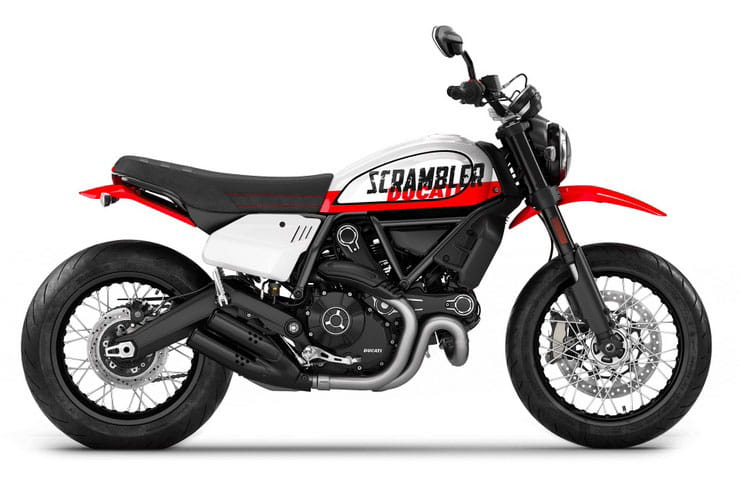 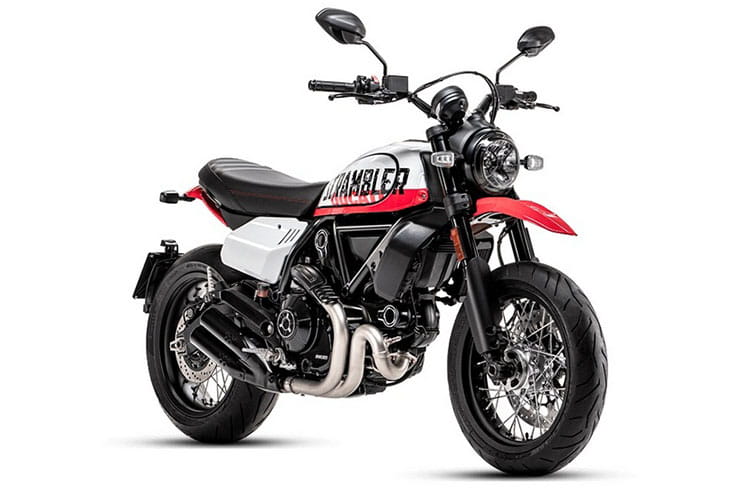 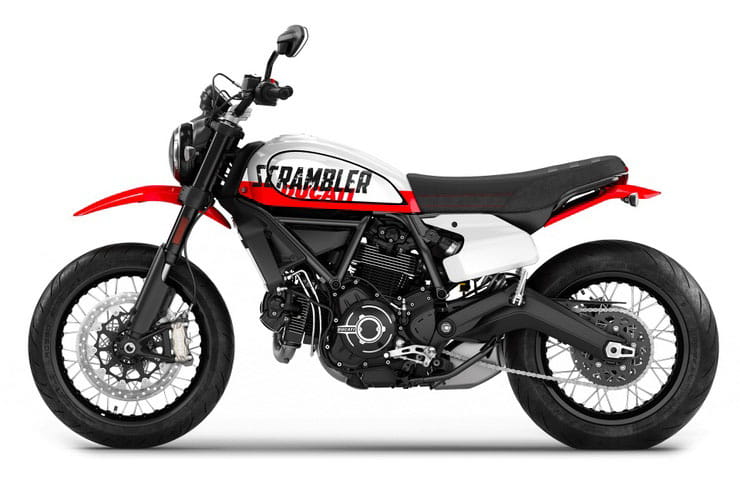 The Urban Motard takes a different swing at the Scrambler, using the 803cc base model as its starting point with 73hp at 8250rpm and 48.5lbft at 5750rpm.

As with the Tribute, the Centro Stile Ducati has rethought the bike’s visuals, adding a white and red paint scheme that’s claimed to be inspired by ‘street art and metropolitan graffiti’.

The spec includes 17in wire wheels, suited to sticky modern rubber, and a motocross-style high front mudguard allied to a flat seat and side-mounted number boards to give the illusion of a street-converted competition bike. The Motard’s look is effectively a combination of existing elements, as the current Nightshift model already has side number boards and 17in wire wheels, while the Desert Sled and Fasthouse versions (as well as the original 2015 Urban Enduro model) use a high-mounted, motocross-style mudguard, but mixed with off-road-style wheels and tyres. 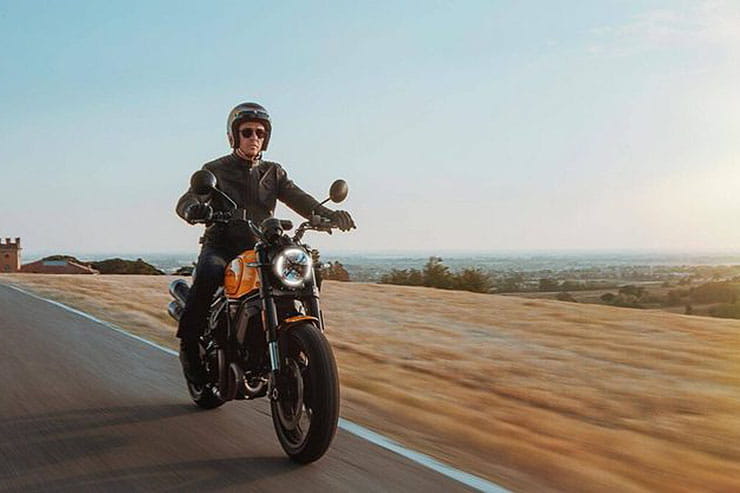 Both new Scrambler models are also to be offered in restricted, 47hp guise for A2 riders as an option, and like the rest of Ducati’s range feature cornering ABS. Ducati’s multimedia system, allowing a smartphone to be connected via Bluetooth, is also standard, along with an under-seat USB socket.

The Urban Motard is 196kg wet, the same as the Nightshift model that it’s based on while the Tribute is a bit chubbier than the normal 1100 PRO though, at 211kg (wet) compared to 206kg. Since they’re basically identical in spec apart from the wheels (wire on the Tribute, alloy on the PRO), we presume that’s where the extra weight comes from.

The two machines are due in dealers in November, so if you’re inspired to get one there isn’t long to wait.