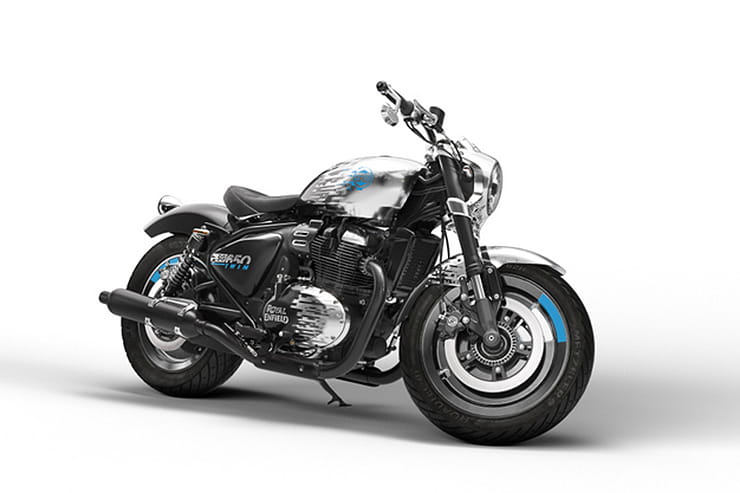 Royal Enfield has been hinting at its intention to get into the bobber market for a while now – initially with the KX V-twin concept from 2018 and now with the much more production-likely SG650 Concept.

Revealed today at EICMA in Milan, the SG650 borrows its mechanical bits from Enfield’s Interceptor and Continental GT, particularly the 650cc parallel twin engine, and slotting them into a purpose-made new chassis wrapped in a modern interpretation of the traditional, flat-barred bobber shape. 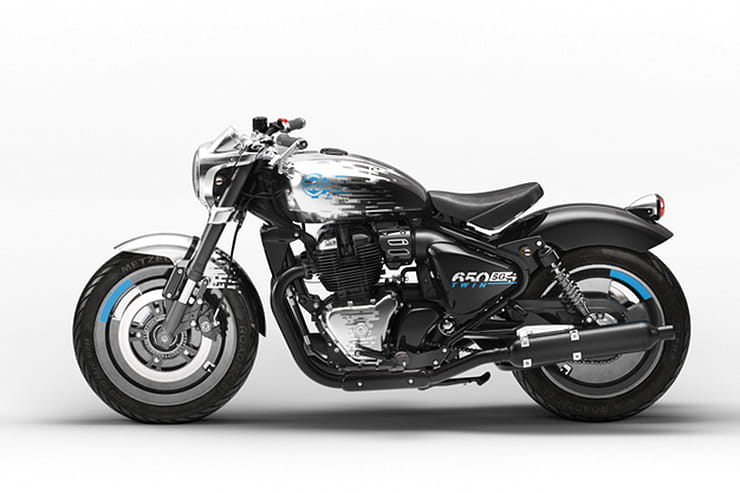 Although the company hasn’t revealed its plans for the bike’s future, or whether it will lead directly to production models, it’s clear that elements of the design – and the new frame in particular – are much more viable than you’d expect to see on a pure flight-of-fancy concept bike. The tubular steel, twin-shock frame looks like it could be in showrooms immediately, and could well form the basis of a whole range of cruiser and bobber-styled parallel twin Enfields

Elsewhere, the SG650 gets a bit more concept-ish. The fuel tank, wheels, headlight nacelle, yokes and countless smaller parts are CNC machined from billet aluminium. Don’t expect those parts to reach production in that form, but plastic or pressed alloy replacements could easily replace them for a production version of the bike. Adrian Sellers, Group Manager of Industrial Design at Royal Enfield and the lead for the SG650 project, refers to the bike as ‘our imagined near future’, so something looking very much like it will probably be in showrooms within the next couple of years. 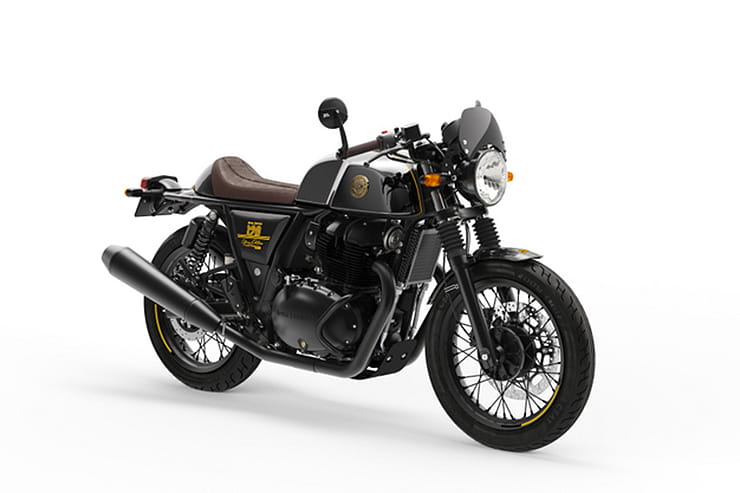 In the meantime, Royal Enfield’s present includes the launch of a limited run of 120th anniversary Continental GT and Interceptor 650 models – marking how long it’s been since the company was originally founded.

Just 480 of the bikes will be made, split 50:50 between Continentals and Interceptors. Europe will get 60 of each, as will India, South-East Asia and the Americas.

Finished in black chrome, with blacked out engines, exhausts, wheels and suspension, the 120th anniversary bikes get die-cast brass tank badges and yellow ‘120 Year Edition’ branding on the side panels. Each machine also has its unique serial number on the top of the tank, marking its position in the run of 60 made for each region.

Prices and delivery dates for the 120th anniversary models will be revealed in the new year, with deliveries in Europe expected to start in the first quarter of 2022. 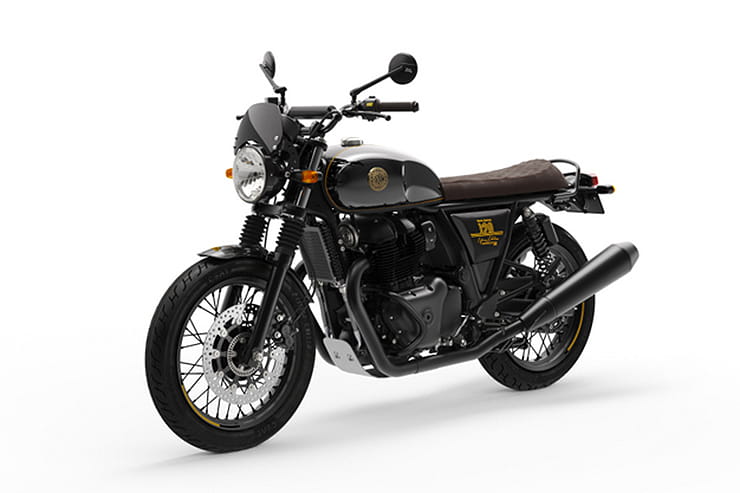