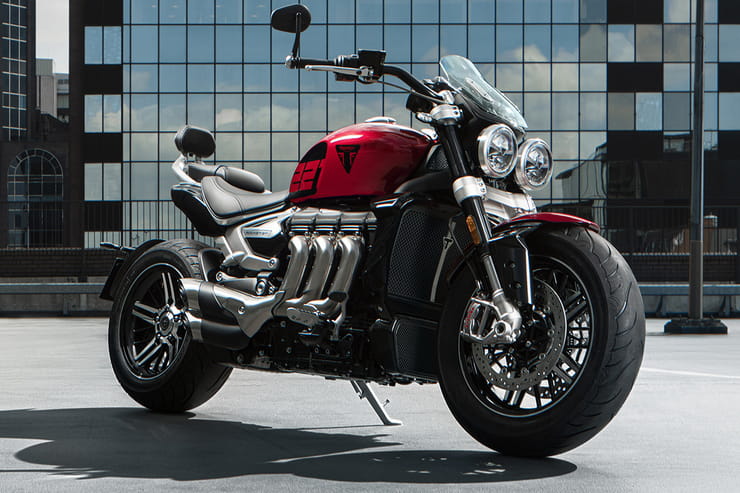 A trio of Triumphs get a tricked-up treatment for 2022 as the firm has unveiled Special Edition versions of the Rocket 3, Thruxton RS and Street Twin – all offering a one-year-only look for a small premium over the stock versions.

Following on from the launch of the Gold Line limited edition versions of the Modern Classics range, the firm has turned to the Rocket, Thruxton and Street Twin and given each a unique look that will only be offered for the 2022 model year. 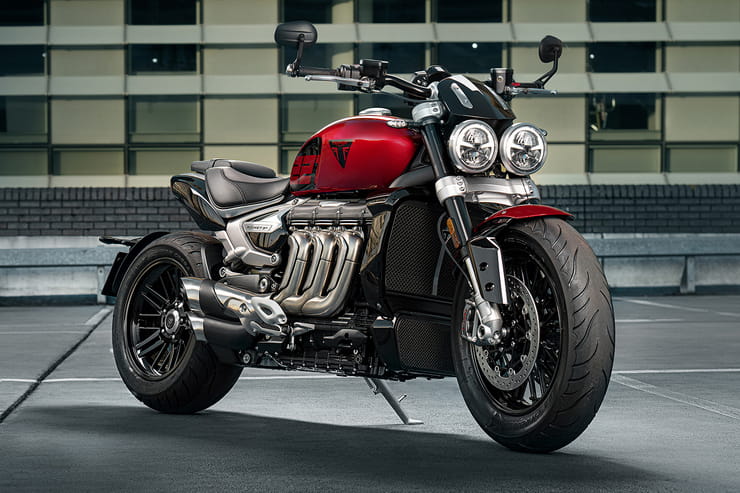 Starting with the biggest, both the Rocket 3 R and Rocket 3 GT are getting ‘221 Edition’ versions with red tanks, red front mudguards, and blacked-out tails, radiator cowls, side panels, headlight bowls and flyscreens, plus massive ‘221’ graphics on the tank sides.

Why 221? Because that’s the bike’s peak torque figure, albeit measured in Newton Metres rather than the more familiar lb-ft that’s usually used, albeit anachronistically, in the UK. It’s a bit of an odd choice, and one that you’re sure to be left explaining to onlookers who’ll probably wish they’d never asked, but the fact is that the Rocket 3 is the torquiest standard production bike in the world, so there’s some logic behind bigging-up the number.

Given that the Rocket is also the largest-capacity production bike, at 2,458cc, it’s not the only figure that Triumph could have chosen, and on closer inspection you’ll find that number appearing in what’s effectively a foreshortened spec-sheet that’s set into the paintwork atop each Rocket 3 221 Edition’s tank.

There, you’ll find the bike lists the 2,458cc capacity, the 221Nm torque (again), the power in European PS figures (167), and the bore and stroke, just in case you want to reel off all those figures as well.

Odd graphics choices aside, though, there’s no doubt the 221 Edition bikes look good. The other specs for the Rocket 3 R and Rocket 3 GT are unchanged from the stock versions, and the limited-edition machines cost £900 more than the base models at £21,100 for the R and £21,800 for the GT. Both machines are due in April 2022. 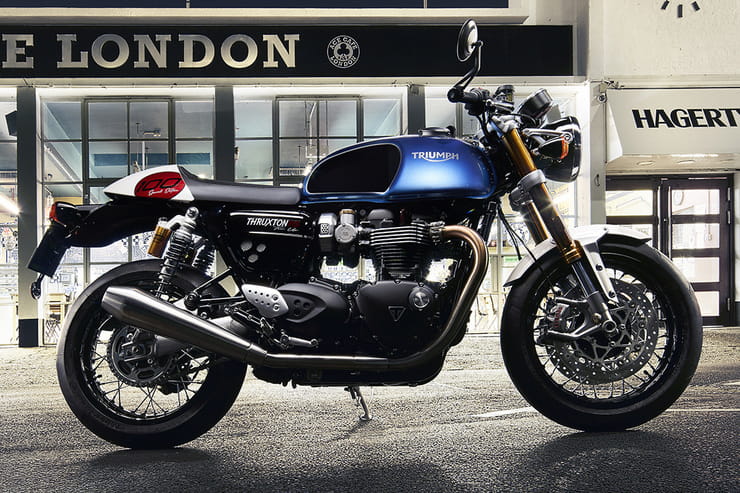 Step across to the Thruxton RS and the 2022 limited version is the ‘Ton Up Special Edition’ – named after the café racer tradition of trying to hit 100mph on bikes that really shouldn’t have been able to achieve it.

The Thruxton RS, of course, will dispose of that 100mph figure in no time thanks to the 105PS version of the Bonneville 1200 engine, but it’s always been about capturing that 1960s image even if the performance is several decades more modern.

The Ton Up version gets an ‘Aegean Blue’ tank with black-painted knee sections and hand-applied silver coach lining. The front mudguard and seat cowl get a contrasting white finish, with red ‘100’ graphics, while the side panels are black with ‘Ton Up’ script.

As with the Rocket 3 special editions, the specs are the same as the stock bike, while the price starts at £14,050 – an £800 uplift over the base model. An optional cockpit fairing, finished in blue to match the tank, will also be available when the bike reaches dealers in June next year. 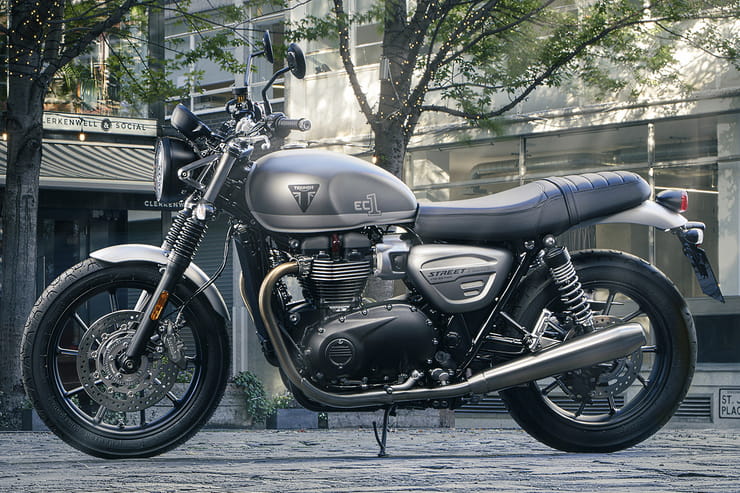 The Street Twin debuted the ‘Gold Line’ idea as a limited-edition, 1000-bike run in 2021, proving the worth of the idea as they sold out fast. However, that means it can’t join the other Bonneville-based models to get a 2022 Gold Line edition and instead Triumph has created the Street Twin EC1 Special Edition.

Named after the EC1 postcode in London, the bike is claimed to take inspirated from the ‘custom-classic motorcycle culture of London’s East End’ according to Triumph.

To do so, there’s a two-tone silver paint scheme, with a darker matt aluminium colour above a brighter – but still matt – silver on the tank, with a hand-painted coach line, in yet a third shade of silver, to separate the sections.

The lighter silver carries through to the side panels, and there’s the option of a matching fly screen, finished in the same colour, too, while the mudguards are in the darker shade. The wheels and headlamp bowl get a black finish, as do the mirrors and the engine covers, while ‘Ltd Edition’ and ‘EC1’ graphics complete the transformation.

The bike’s £600 additional cost over the base, single-tone model matches that of the 2022 Gold Line 900cc models, bringing the price to £9000, with deliveries starting in March.