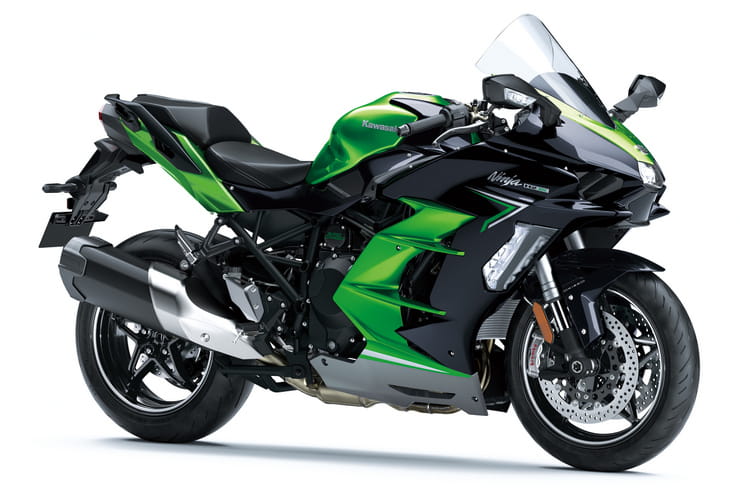 Back in 2019 Kawasaki announced a deal with Bosch to adopt the German company’s radar assistance systems on future models – and for 2022 the first of those bikes is ready for prime time in the form of the revamped H2 SX sports tourer.

We’ve been expecting this update for a while. Back in 2020, patents revealed how radar tech was being adapted to the H2 SX, and earlier this year, official documents gave the first definite confirmation of the updated bike’s existence. Now it’s all official, and while Kawasaki isn’t the first company to offer a radar-assisted bike, its incorporation of radar tech is by far the neatest we’ve yet seen.

While Ducati, KTM and BMW have all launched radar-assisted bikes already – the Multistrada V4 S, 1290 Adventure S and both the R1250RT and R1800 are available with the Bosch kit – Kawasaki’s version is right at the top of the pile. Where KTM and BMW only use front facing radars, and Ducati’s dual radar system is an option, both front and rear radars are standard on the H2 SX and H2 SX SE in 2022. 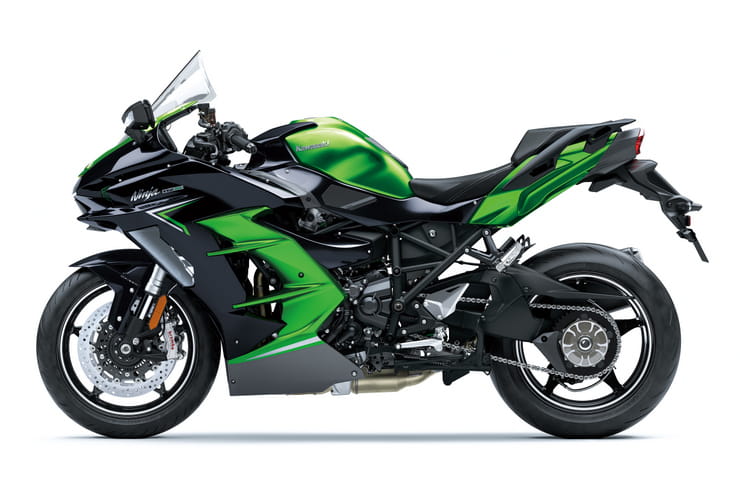 The front facing radar’s functions are already becoming familiar. It monitors the distance to vehicles ahead, enabling a suite of new functions – and the inevitable initialisms that come with them. They start with FCW (Forward Collision Warning), which simply allows you to select a safe following distance that you’d like to maintain, from three possible settings, and illuminates warning lights above the instruments if you encroach on that safety buffer. This is effectively a passive mode, since it relies totally on the rider to react.

Secondly, there’s Adaptive Cruise Control (ACC), which again has three distance settings and lets you set the cruise control to maintain that distance to the vehicle in front. If it accelerates, so will the H2 SX (up to whatever speed you originally set), and if the vehicle ahead slows, the H2 SX will decelerate or even brake to maintain that distance.

The rear radar, meanwhile, offers BSD (Blind Spot Detection), illuminating warnings mounted in the appropriate mirror if another vehicle is lurking in your blind spot, so you know not to pull across into its path. 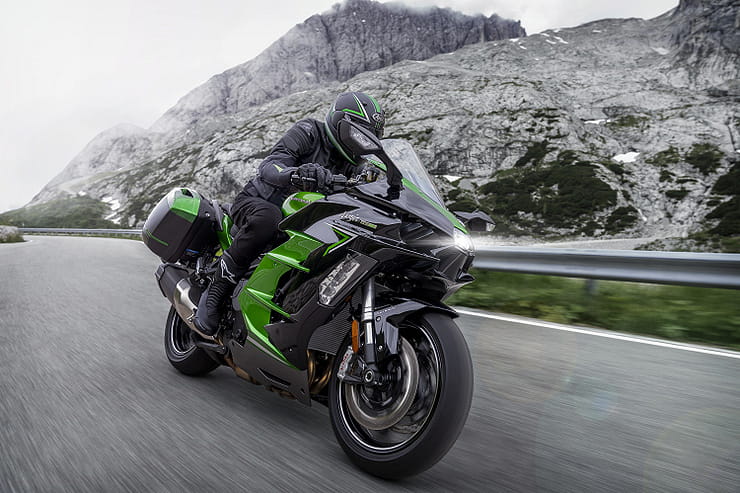 While the functions are the same as other radar-equipped bikes – unsurprising, given that all the models offered with such a system at the moment use the same Bosch radar tech – Kawasaki has made a notable leap forward over its rivals when it comes to packaging the radars on the bike.

At the front the radar – which is a rather ugly, box-shaped device made of black plastic – hides behind a radar-invisible curved panel just below the 2022 H2 SX’s restyled, smaller headlight. All Kawasaki’s radar-equipped rivals leave the sensor clearly on display, having appeared to struggle to come up with a workable system to hide the units without interfering with either the radar signal or the sensor’s ability to pick up the reflected radar waves.

It's the same story at the back, where Kawasaki’s radar hides inside a new licence plate hanger, completely hidden from sight. Just don’t bank on being able to swap the hanger for a tail tidy without losing the radar function. 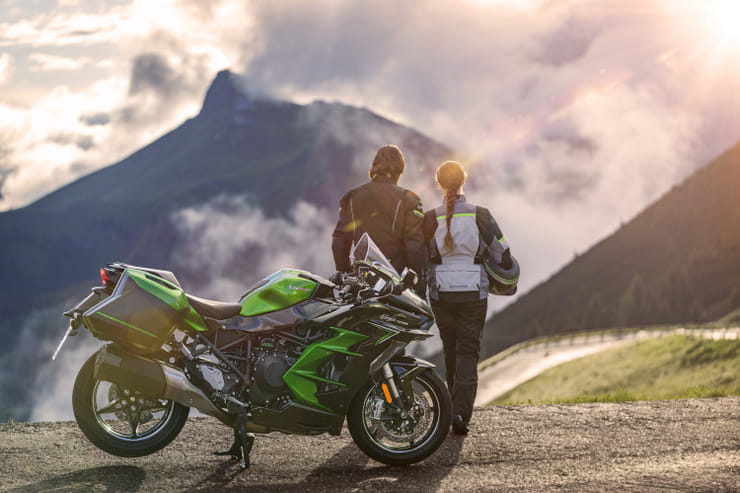 Radar aside, the 2022 H2 SX is mildly restyled, with the aforementioned new headlight, reshaped air intakes on the nose and redesigned instruments to suit its added abilities. As before it’s packed with other technology, including a suite of rider aids, IMU-assisted cornering ABS and traction control, cornering lights, hill-hold assist, emergency stop signals that pulse the brake light when you’re hard on the anchors, and of course that 197hp, supercharged, 998cc, four-cylinder engine.

New for 2022 is Kawasaki’s ‘SPIN’ smartphone-linked display, with a 6.5-inch TFT that incorporates around 20 apps, including navigation, weather, music, contacts and more.

As before, the H2 SX SE also adds Showa semi-active suspension to the mix, with Skyhook technology that uses an imaginary reference plane to keep the bike stable and smooth even over bumpy roads.