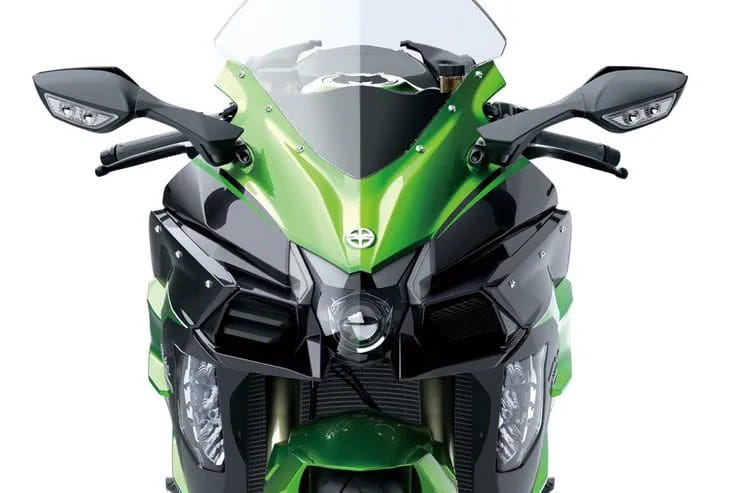 Kawasaki is on the verge of pulling the covers off an updated version of the supercharged Ninja H2 SX sports tourer as part of its 2022 model range.

The firm has type-approved the next-gen H2 SX in Europe, and the resulting paper trail means we’ve had sight of some detailed specifications, so even without any photographs of the new bike it’s possible to build a detailed picture of what’s changing and what isn’t.

The heart of the next-generation H2 SX remains Kawasaki’s 998cc, supercharged four-cylinder engine, and even in the 2022 model there’s no change to its peak power output. It remains at 197bhp – 147.1kW – to match the existing version of the bike and the naked Z H2.

While it’s hard to describe a near-200bhp machine as ‘modest’, that figure is clearly no stretch for the H2’s force-induction engine. In the track-only Ninja H2R, essentially the same basic engine design is good for 306bhp.

Although the peak power hasn’t changed, that doesn’t mean Kawasaki hasn’t tweaked the H2 SX’s engine for 2022. The approval documents show that the next-generation bike is notably quieter than the current one in ride-by tests, hitting 73dB instead of 75dB (sound intensity doubles with every 3dB, so a 2dB reduction is significant). However, it’s absolute peak is higher, at 94dB rather than 93dB. A new exhaust and silencer are sure to be part of the changes for 2022. 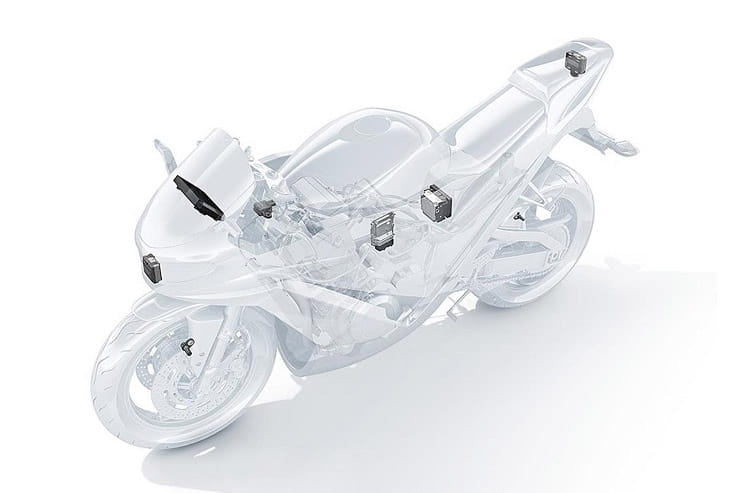 Bosch radar system, as shown by Kawasaki (above), features both front and rear radars

Back in 2019 Kawasaki announced it had tied in with German electronics gurus at Bosch to incorporate the firm’s radar-assisted safety systems including adaptive cruise control and rear blind spot monitoring into future models – and there has already been substantial evidence to suggest the H2 SX will be the first bike to adopt these systems.

The new approval documents further add to that bank of evidence, particularly when added to spy photos that were seen earlier this year.

The approvals show that the lightest 2022 version of the H2 SX will come in at 266kg including fuel, a full 10kg increase over the kerb weight of the current base model and 4kg more than the range topping H2 SX SE+. A second 2022 version is 1kg heavier still at 267kg wet.

The implication is that the base SX, which lacks kit like cornering lights, a colour TFT dash, a quickshifter and launch control – all standard on the SX SE – is likely to disappear, with both 2022 versions of the bike adopting hither specs. The SE+ model, which features electronic, semi-active suspension, currently weighs 162kg (up from 160kg for the SE).

The extra weight of the 2022 models is likely to be down to, first, being based on the spec of the ‘SE’ or ‘SE+’ machines rather than the base version, and secondly due to the addition of the radar kit. 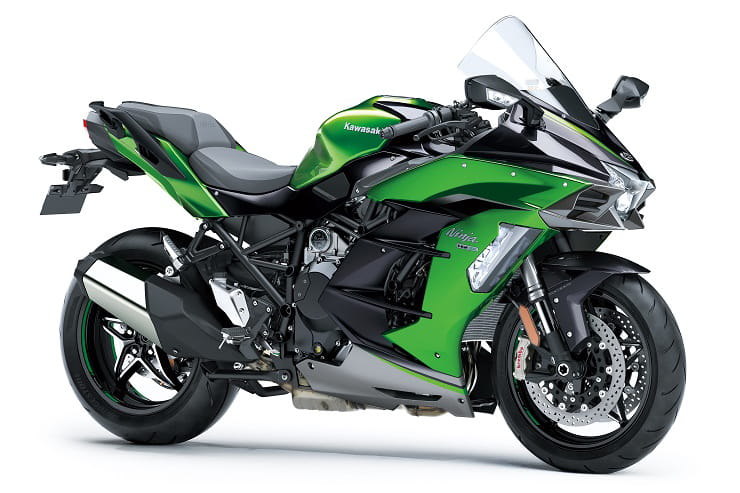 The 2022 machines also grow in width, going from 775mm to 790mm, suggesting the adoption of wider bars, and both variants are 1260mm to the top of the screen – the same as the current SX SE, but taller than the base SE.

However, the biggest dimension change is the length. Where all the current versions of the H2 SX come in at 2135mm in overall length, the new model is 2175mm long. That growth is due to a redesigned licence plate hanger, which spy shots earlier this year showed to carry the number plate lower down than the current version.

Although unconfirmed, the change might well be down to the addition of rear-facing radar – something that can currently only be found as an option on Ducati’s Multistrada V4 S. While several bikes including the Multistrada, BMW R1250RT and KTM 1290 Adventure S offer front-facing Bosch radar, allowing adaptive cruise control to be fitted, only Ducati has adopted Bosch’s rear radar unit to enable blind spot monitoring.

The new documents show that the wheelbase hasn’t changed, remaining at 1480mm, so we know the bike’s chassis, like the engine, is largely unaltered for 2022.

At the moment, Kawasaki’s US website promises the announcement of three new models on 23rd November. One might well be the next-generation H2 SX.