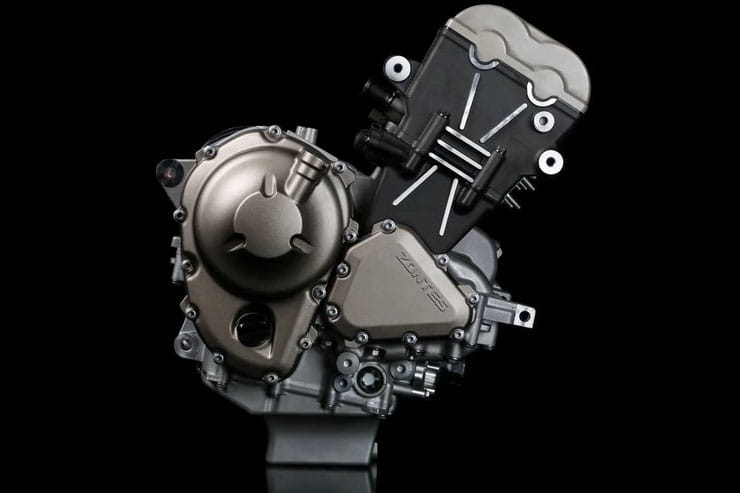 Zontes has made something of a name for itself for a decent range of 310cc single-cylinder machines over the last couple of years but the firm is set to make a huge leap forward in the coming months with the launch of a range of new three-cylinder models.

The firm has released a video on Chinese social media showing the new engine, along with a montage of components including camshafts, crankshafts and cylinders. The message accompanying the clip explains that Zontes has been criticised for not having a twin-cylinder in its range, so it’s hitting back with a triple to leapfrog its rivals. 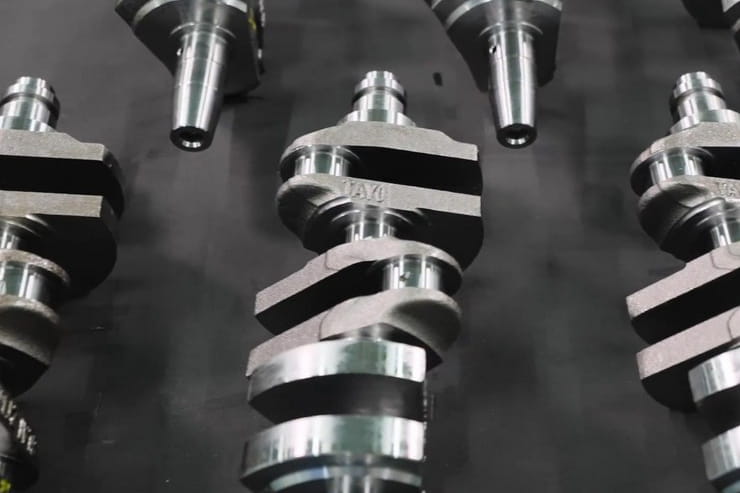 The engine is said to be in the region of 800cc, although the social media post says that multiple capacities will be made. Last year, sketches of a proposed Zontes triple circulated the web, with various claims of an 800cc or 1000cc capacity, but the new video evidence adds a huge amount of credibility to the idea that such a bike is on the way.

The new engine is said to have a particularly high compression ratio of 13.5:1, which indicates it’s designed with performance in mind. For the sake of comparison, MV Agusta’s 147hp 800 triple has a 13.3:1 compression ratio, while the 121bhp Triumph Street Triple RS has a 12.54:1 ratio and Yamaha’s latest, 117hp MT-09 has 11.5:1 compression. If, as expected, the Zontes engine has a similar capacity to the MV Agusta motor, it could be approaching the Italian design’s performance levels. 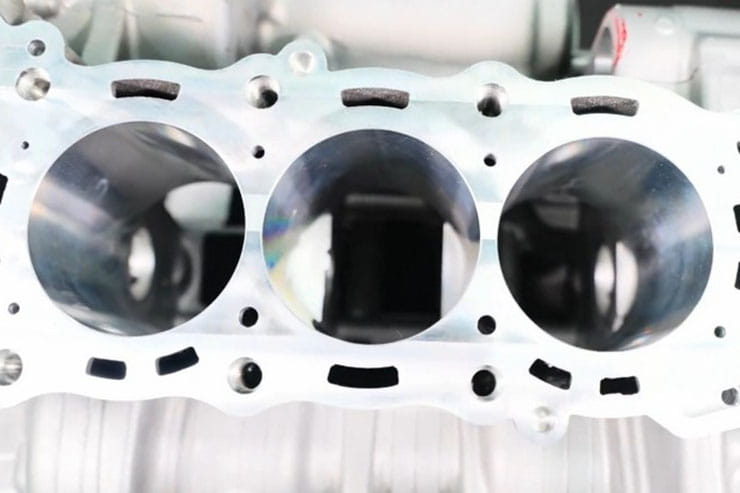 The existence of the engine means it’s worth looking again at the sketch that was circulating last year.

The design shown then was for a naked bike, and actually used the engine from a Yamaha MT-09 at its heart. Like many of Zontes’ current 310cc models, it featured a single-sided swingarm. If Zontes is going ahead with the three-cylinder engine, as it appears to be, then we can be pretty sure the firm will follow the same pattern as it has with its smaller models – making multiple different bikes and styles from the same building blocks. The existing Zontes 310 models come in the form of the 310 X sports tourer (and X1 version with single-sided swingarm), the 310 T adventure bike (T1 with single sider and alloy wheels and T2 with dual-sided arm and wire wheels), the 310 R naked bike and the 310 V, which is like a Ducati Diavel that’s shrunk in the wash. Only a small selection of the bikes are currently offered in the UK – the 310 T and three of the firm’s 125cc models – but a big-capacity triple could transform the firm’s fortunes on the international stage. 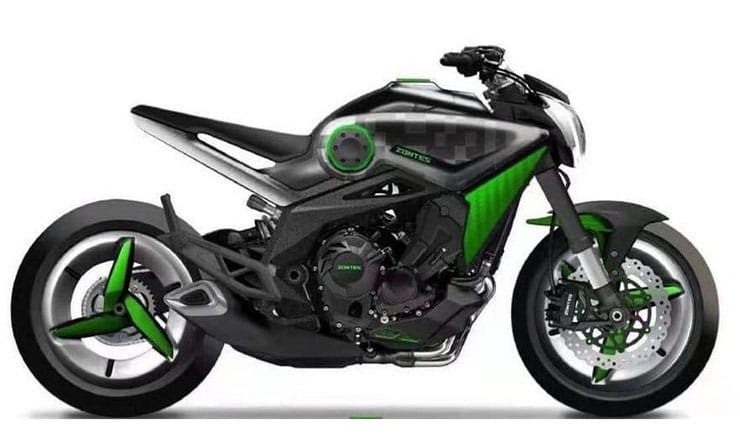