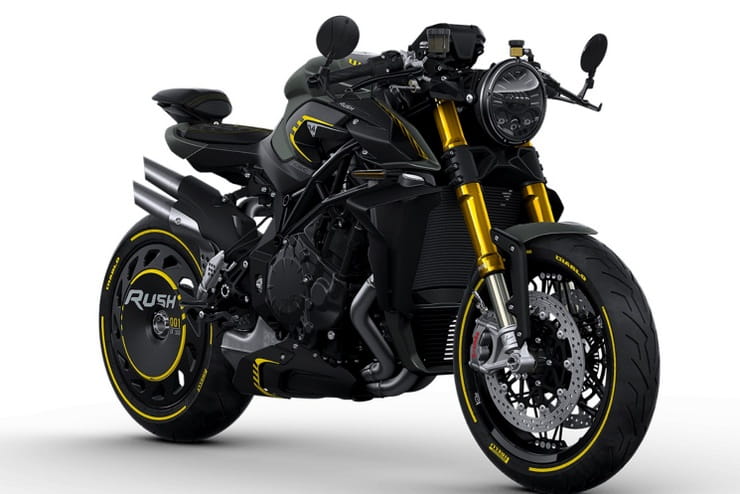 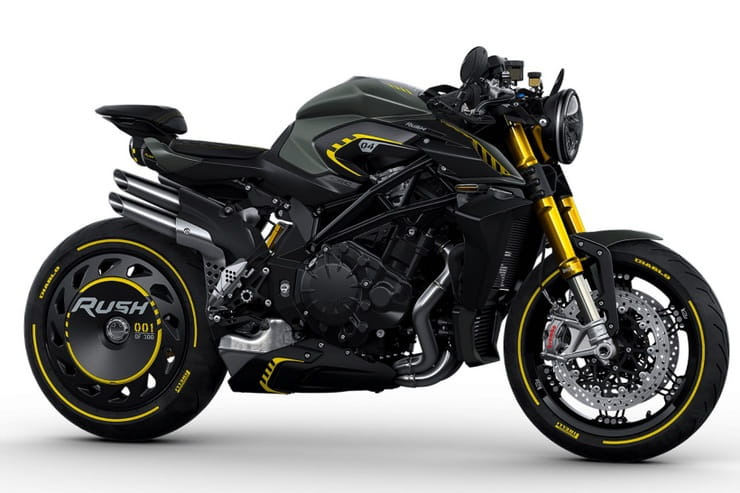 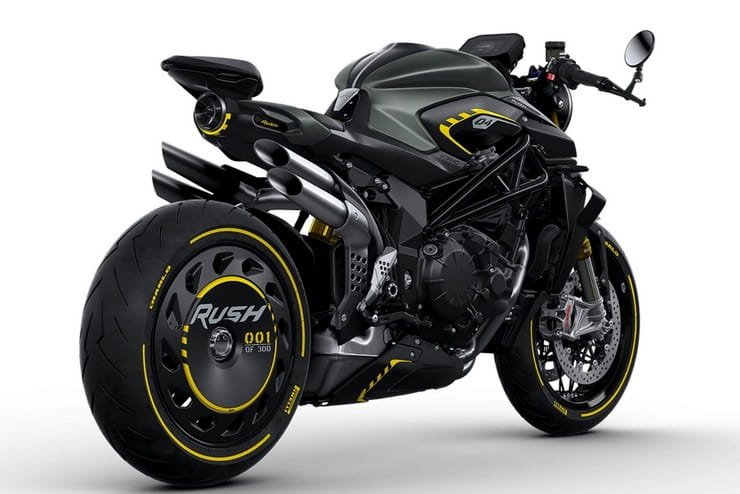 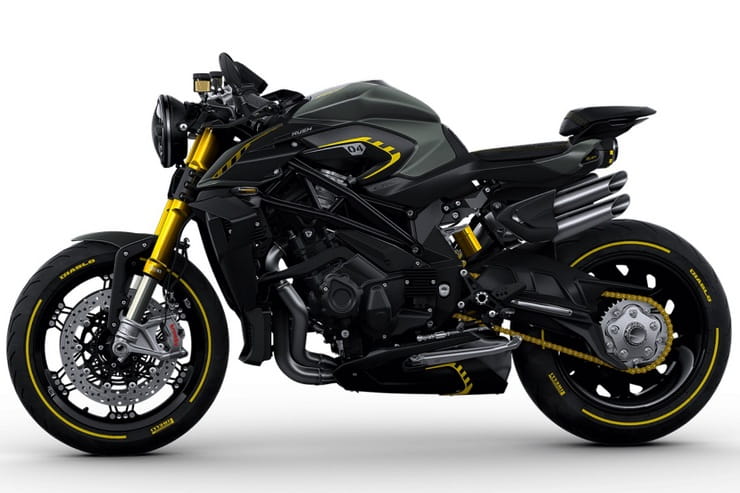 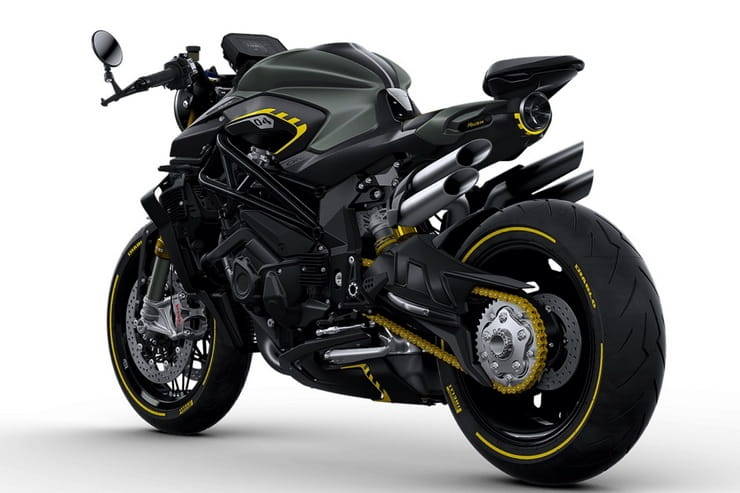 If you splashed out in excess of £30,000 for the limited-edition MV Agusta Rush last year, safe in the knowledge that yours was one of just 300 examples ever made, it might be a disappointment to hear that another 300 updated examples are to be made in the form of the Rush 2021.

Where the original Brutale 1000-based Rush came only in black with red highlights, making it look like it should be part of Batman’s personal collection, the 2021 version opts for a military-inspired grey and yellow scheme. A new leather and Alcantara seat is also added, but other than that the carbon bodywork including the distinctive disc-style rear wheel cover is the same as its predecessor. 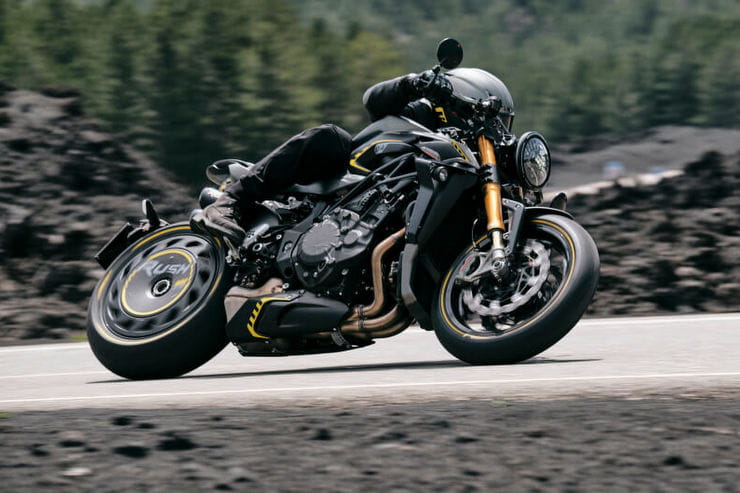 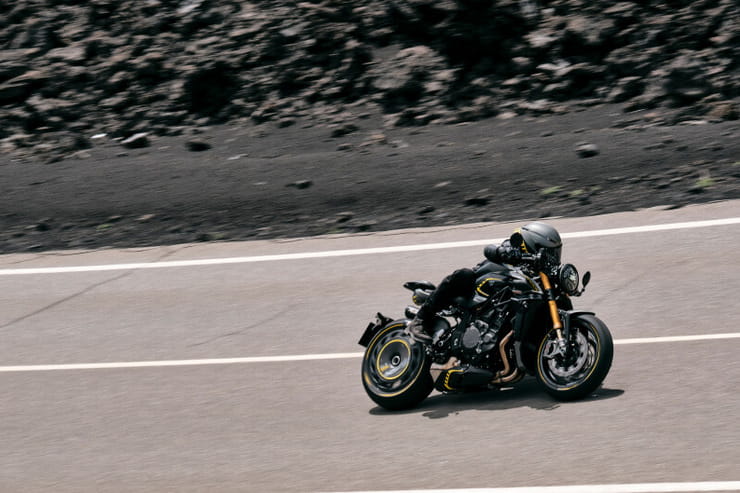 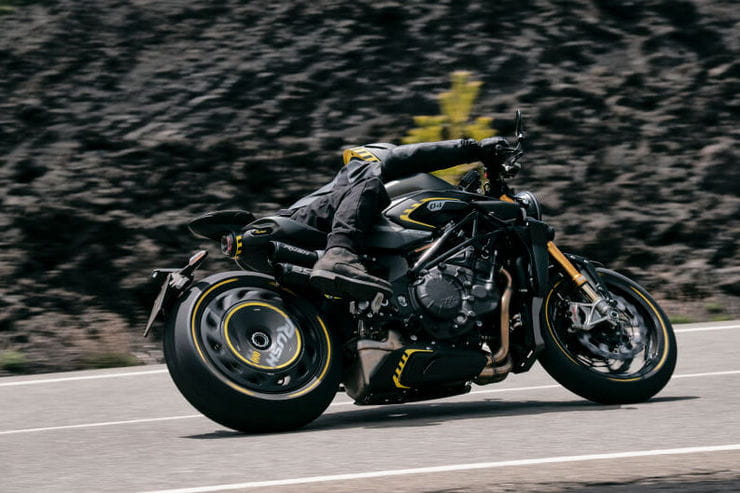 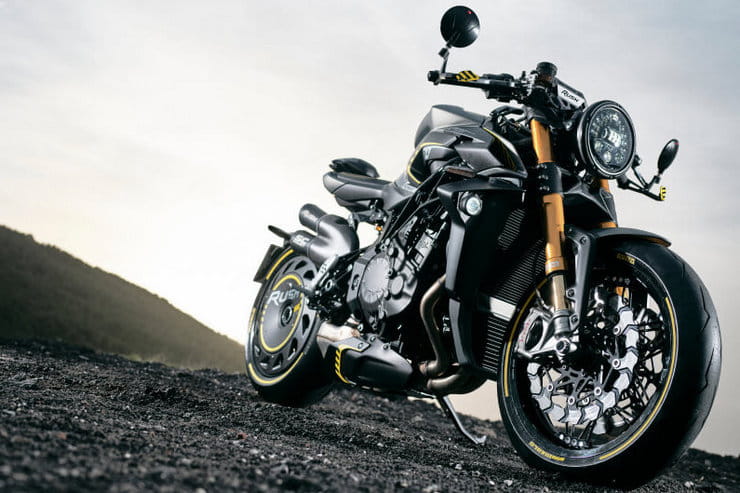 Under the skin, there are tweaks – most notably the switch to the latest Euro5-compliant engine from the 2021 Brutale 1000.

In terms of performance, there’s no change. Peak power remains at 208hp and 13,000rpm, while torque tops out at 116.5Nm and 11,000rpm. Throw on the race kit that comes with each example of the Rush 2021, including an SC Racing silencer and a new ECU, and power rises to 212hp. The box of goodies also includes a pillion seat cover, CNC levers and fuel cap, lever guards, auxiliary lights, wave-style front brake discs, a bike cover and certificate of authenticity.

Other changes to the Rush 2021 are the addition of MV’s latest EAS 3.0 quickshifter instead of the previous EAS 2.1 unit, plus a switch from Bosch to Continental ABS electronics. 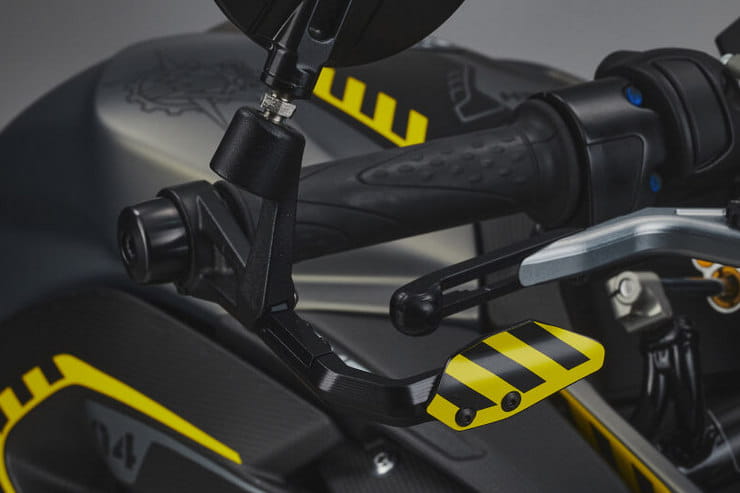 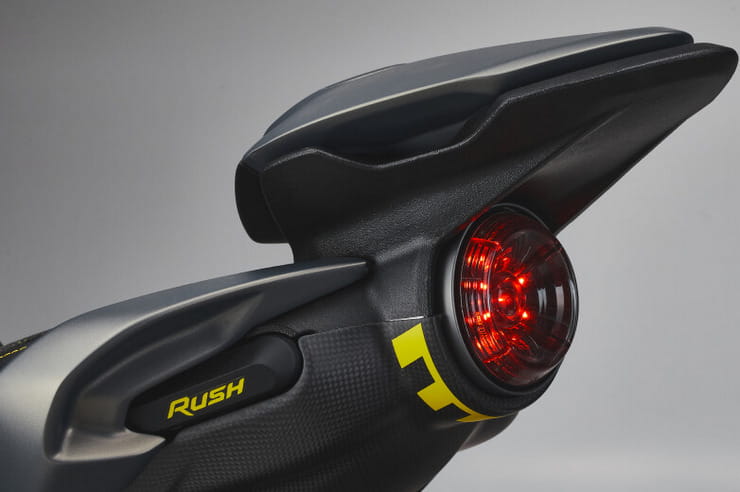 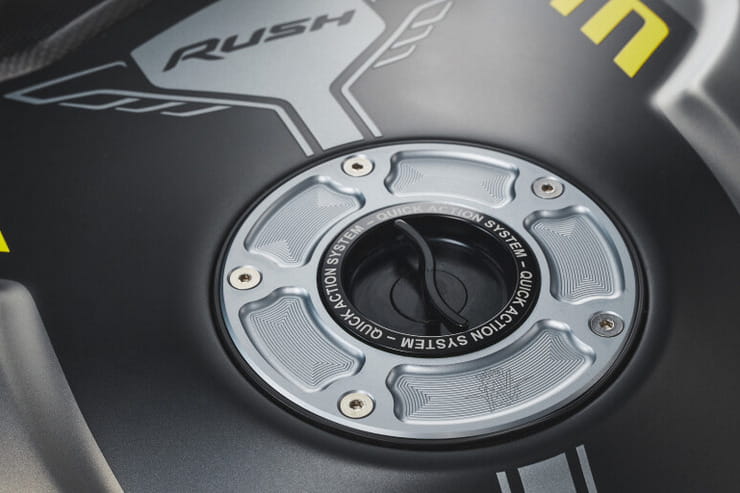 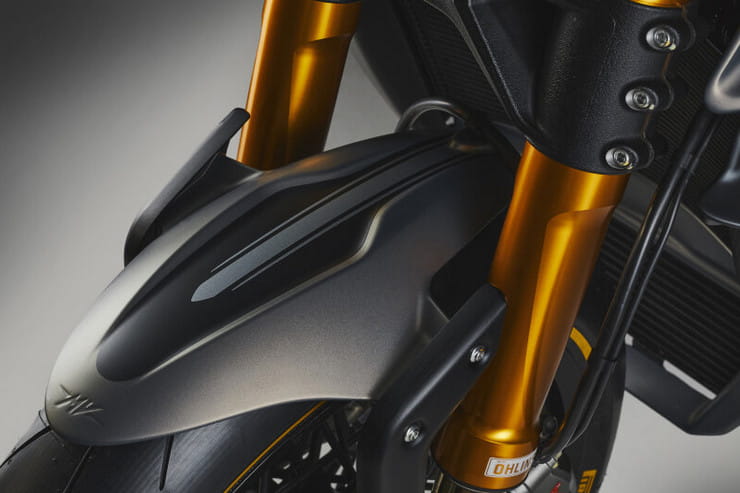 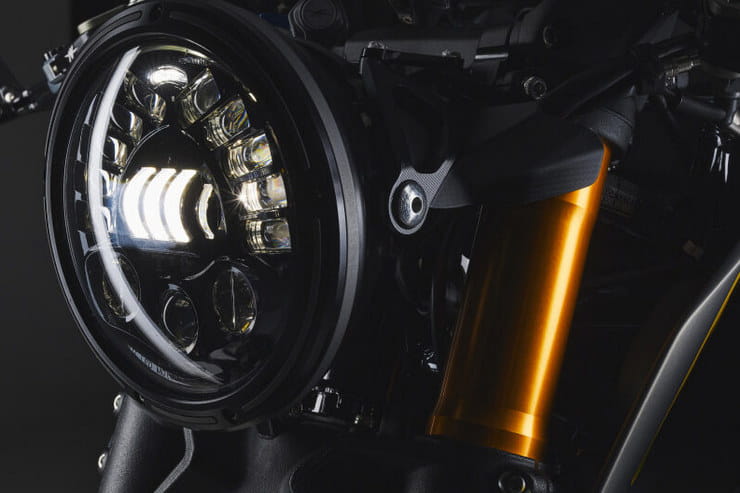