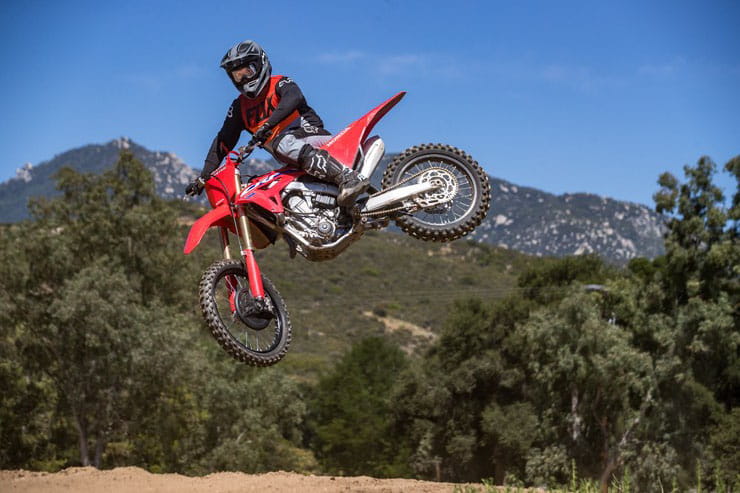 After a ground-up redesign for the 2021 model year Honda has opted to massage its range-topping off-road models for 2022 instead of reinventing them – applying tweaks to improve an already effective package.

Visually there are no clues to the changes under the skin, with even the colour schemes and graphics carried over from the 2021 machines to the 2022 models, but that belies the fact that there are invisible improvements to be found underneath. 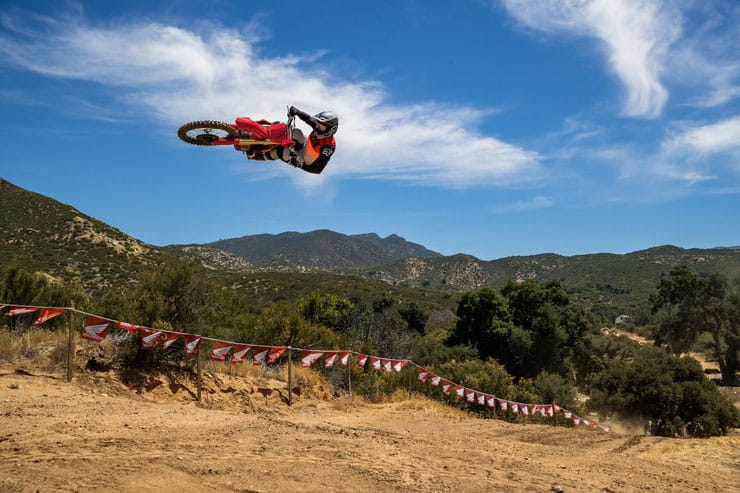 The suspension has been the main focus of the changes, with the Showa forks and shock of both the pure motocross CRF450R and the cross-country CRF450RX machines getting internal alterations compared to the 2021 version.

Up front, the 49mm forks have a re-valved low speed shim stack to create firmer damping, while a further tweak is the reduction of oil volume from 388cc to 380cc. The rebound adjustment on both bikes is reduced to 13 steps – previously 15 for the CRF450R and 14 for the RX – while compression can still be adjusted between 15 positions on the R and 14 stages on the RX. Honda says the RX’s suspension settings are different to the R’s, to suit a wider range of terrain. 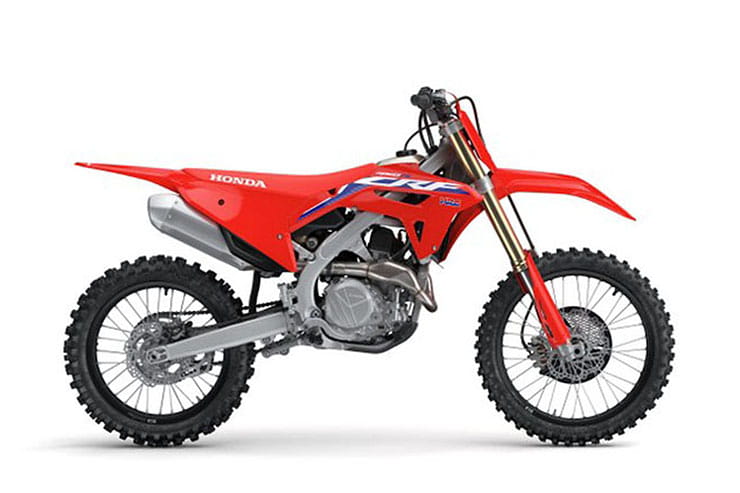 At the back, the Showa MKE AF2 shock also gets firmer damping across low, mid, and high-speed compression, while the level of adjustability is changed on both models. On the CRF450R, the rebound adjustment rises from 8 stages to 11 stages, while the high and low-speed compression adjustment is reduced from 12 steps to 6. 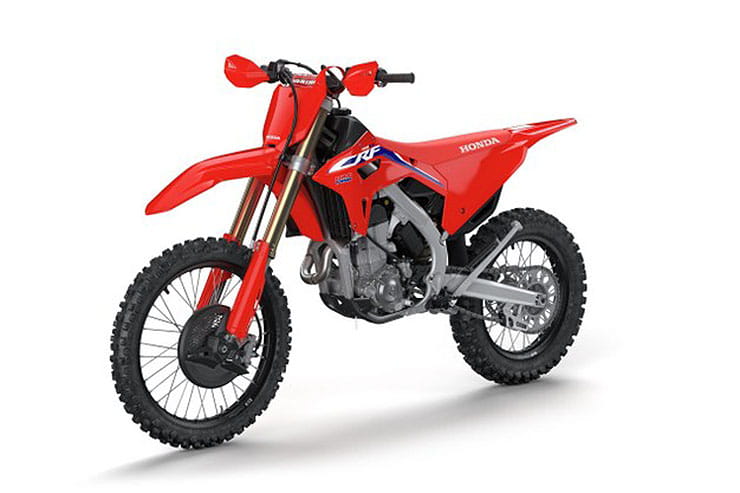 While the 449.7cc ‘Unicam’ single is essentially unchanged for 2022, both the CRF450R and CRF450RX have revised ECUs that alter throttle mapping and improve low to mid-range rideability.

Other than those changes, the bikes carry over the same key updates from the 2021 models, including a lightweight frame and subframe, together more than 1kg lighter than the previous version despite adding more rigidity. The R version features a titanium, 6.3 litre fuel tank while the RX has an 8-litre plastic tank, and the RX model gains knuckle guards and an aluminium side stand that are missing from the full-on motocross version.

On the electronics side, both machines feature three riding modes and three launch control settings, as well as selectable traction control with three levels of intervention. 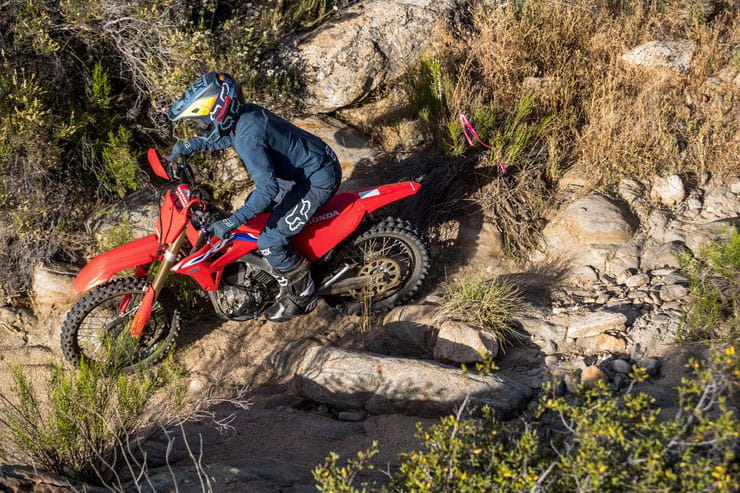 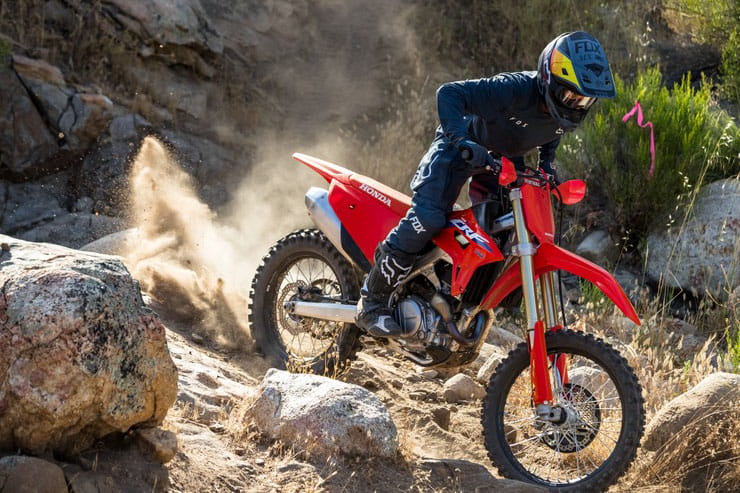