Aprilia revamps the RX and SX 125 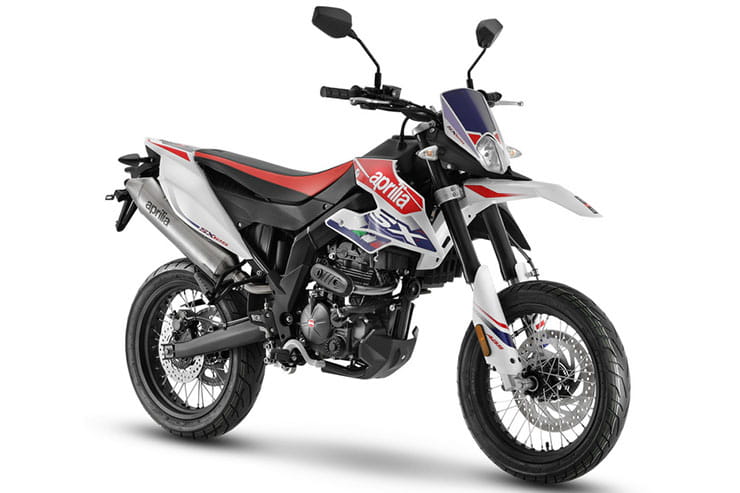 The onslaught of engine updates as manufacturers scramble to bring their ranges up to spec to meet the latest Euro 5 emissions rules shows no sign of abating and Aprilia has just unveiled the upgraded RX 125 and SX 125 with changes to ensure the bikes can remain on sale.

As before, the two bikes are basically the same as each other. They share the same frame, engine and suspension, differing only in their names, brakes and wheels. The SX 125 uses 17in rims front and rear, clad in road-oriented rubber, while the RX 125 has a 21in front and 18in rear with knobby tyres.

Still hunting for the visual update on the 2021 machines? It’s the fuel tank, which is sculpted for a smoother curve to its upper surface. The rest of the bodywork including the seat, side panels and nose are unchanged apart from the application of a new ‘Rally Tribute’ colour scheme. 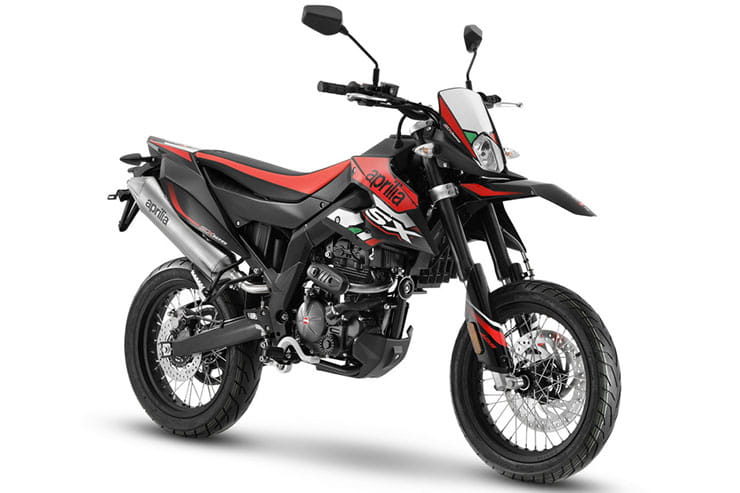 The real changes are inside the single-cylinder, 124cc, DOHC engine. While power remains the same at a learner-legal 15hp, the Euro 5 compliant motor gets an updated cylinder head with a redesigned combustion chamber, new spark plug and reshaped intake and exhaust ducts. The cams are new as well, with more aggressive lobes, and they act on different bucket tappets and valve springs.

The throttle body is repositioned upwards to give a straight flow of air into the engine, and there’s a new air filter, while at the other end the exhaust is completely new, with a different catalytic converter and silencer.

The firm says that while the peak power is unchanged it now arrives lower in the rev range at 10,000rpm, and thanks to a new ECU and the rest of the changes, fuel economy is improved as well as emissions.

At 134kg (wet) for both the RX and SX versions, weight is unchanged compared to the previous models. While owners of the existing SX and RX 125 aren’t likely to find the new versions a significant upgrade, Aprilia’s changes mean the models are ready to remain on sale for years to come. 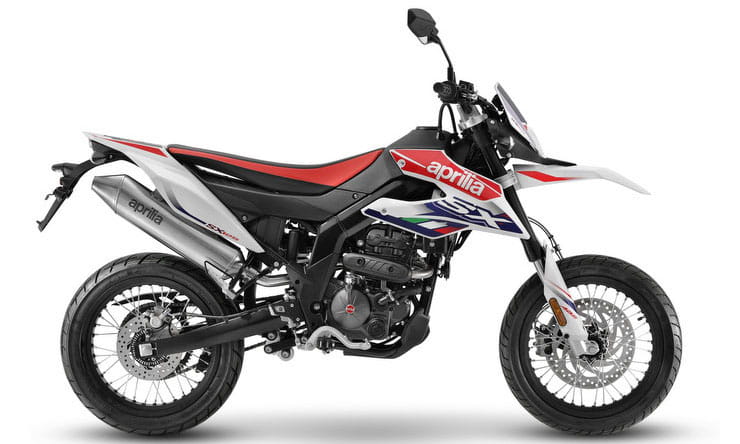