Another KTM 1290 Super Adventure on the way 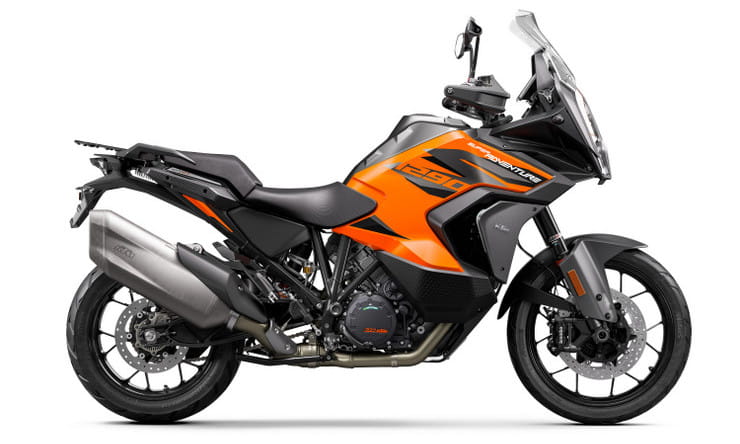 A third derivative of KTM’s new 1290 Super Adventure is set to join the range alongside the ‘S’ and ‘R’ models that have already been revealed.

The limited specs on the documents show that the base version of the Super Adventure has exactly the same 1301cc V-twin engine as its siblings, making an identical 118kW (158hp) at 9000rpm, so while it’s missing an additional letter at the end of its name it will lack nothing when it comes to performance.

What will change on the base model? In terms of spec, the most notable difference is its weight. It’s type-approved as coming in at 240kg wet, complete with a tank of fuel, while both the ‘S’ and ‘R’ versions are 245kg in the same state. That means some kit has been removed from the base model, and we’d bet that the S’s radar-assisted cruise control and semi-active WP SAT suspension are among the parts to be ditched. The R already has passive suspension and no radar but weighs the same as the S model thanks to its additional off-road kit, including hefty crash bars.

The implication is that while the base version of the Super Adventure will be less exotic than either of its siblings, it will actually have a better power-to-weight ratio thanks to its stripped-down spec.

Price? Given the fact that BMW charges £500 for the optional radar cruise control on its R1250RT (an identical Bosch-made system to that used on the Super Adventure R), and the S’s semi-active suspension is likely to carry a similar premium, we’d guess the base 1290 Super Adventure should be around £1000 cheaper than the S, allowing it to slide under the £14k mark.

Given that it’s type-approved as a 2021 model and we’re already fast approaching this year’s prime riding season, we shouldn’t have to wait long before there’s official word on the base 1290 Super Adventure.