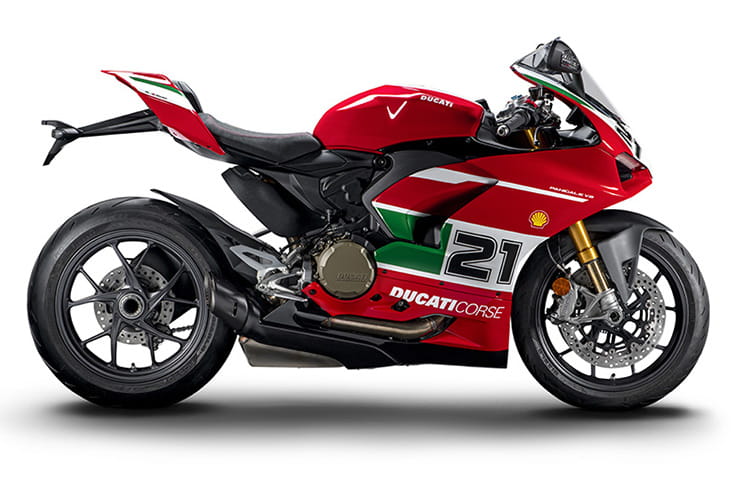 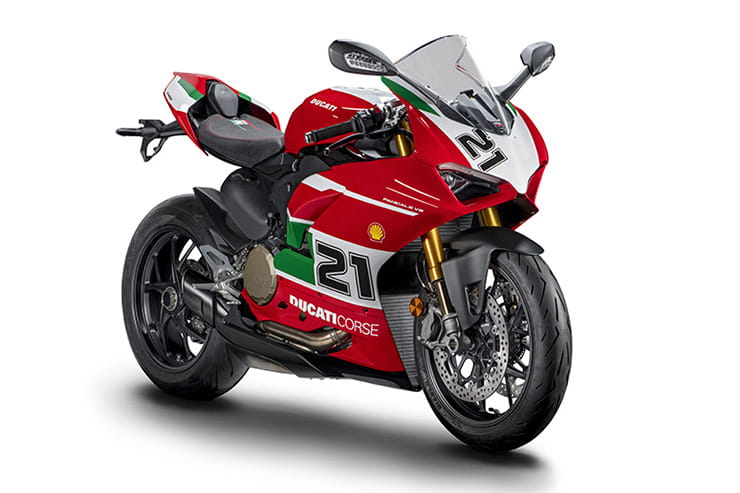 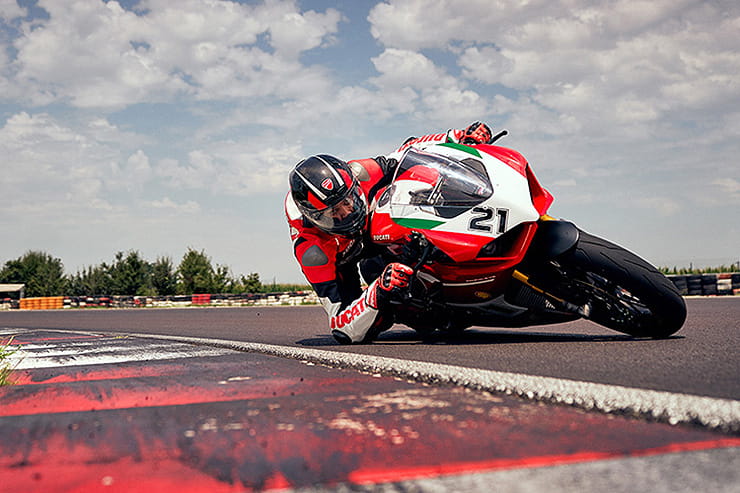 The Panigale V4 might be Ducati’s range-topping superbike these days but how better to mark two decades since the Troy Bayliss’s first WSB title than with the ultimate iteration of the Panigale V2 that’s the natural successor to the twin-cylinder machines he rode.

With 52 WSB victories and 94 podiums, Bayliss brought three WSB titles to Ducati and unusually did it on three different models. All were V-twins, though – the first title came on the 996R in 2001, the second on the 999R in 2006 and the last on the 1098R in 2008. Bayliss also remains the only person ever to win a MotoGP race and WSB in the same year, taking a surprise victory at Valencia in 2006 as a stand-in for injured Sete Gibernau after sealing that year’s superbike title. That also makes him the last rider to win under the 990cc MotoGP class regulations.

Unsurprisingly, the Panigale V2 Bayliss uses the same livery that appeared on the 996R Bayliss rode to the WSB championship in 2001, with Troy’s signature on the tank and the inevitable numbered plaque on the top yoke. 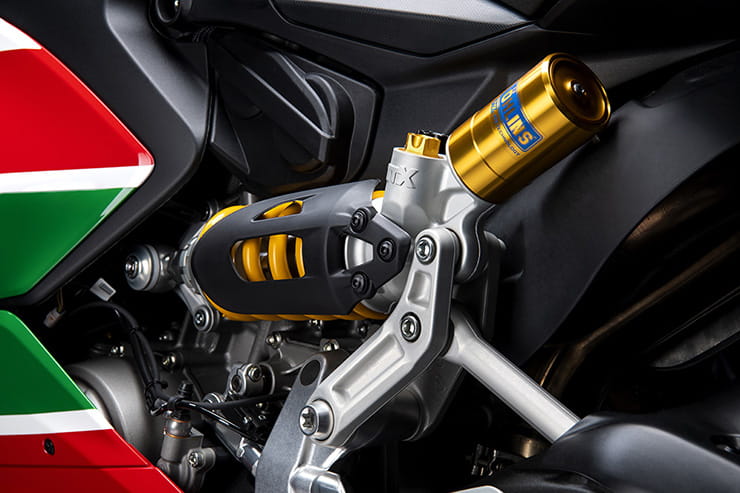 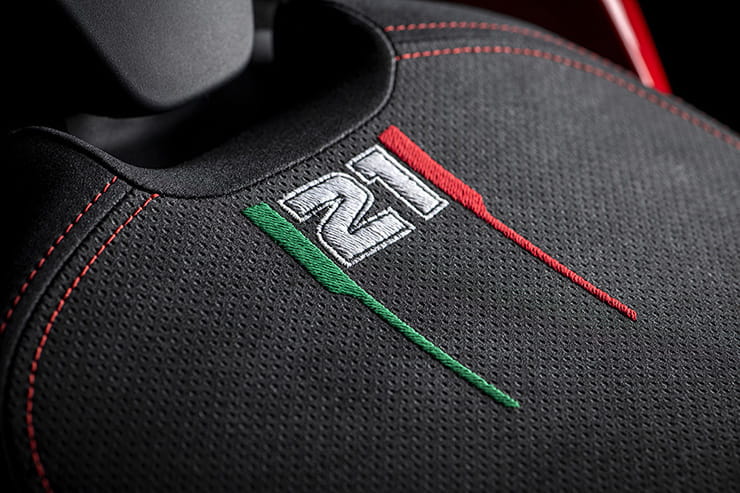 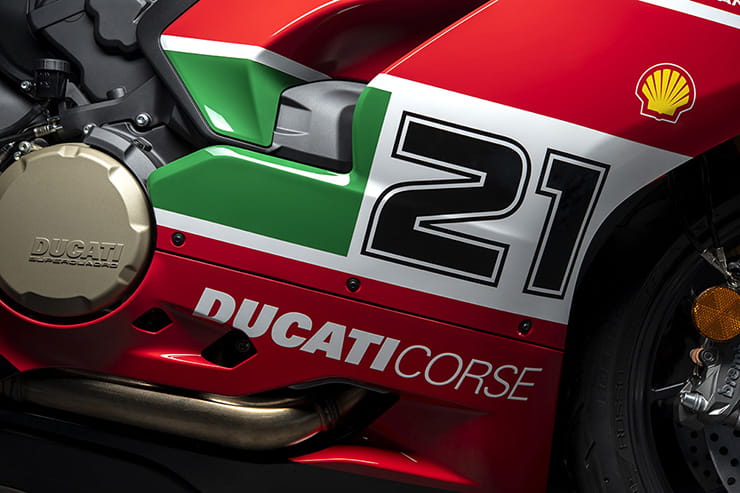 Paintwork aside, the Panigale V2 Bayliss gets Öhlins suspension to match the race bikes he competed on, with NIX30 forks and a TTX36 shock along with a steering damper from the same firm. It’s also a pure single seater, and by fitting a lithium-ion battery and removing the passenger seat and pegs, Ducati shaves 3kg off the weight – bringing it down to 197kg ready to ride. The firm will sell you a pillion seat and pegs if you want to share the experience, though.

Effectively, those specs make this the equivalent of a Panigale V2 ‘S’ – something Ducati doesn’t currently offer. The base Panigale V2 uses Showa forks and a Sachs shocks.

Elsewhere, the seat is embroidered with Bayliss’s ‘21’ number, and there’s a carbon and titanium cover over the exhaust silencer. 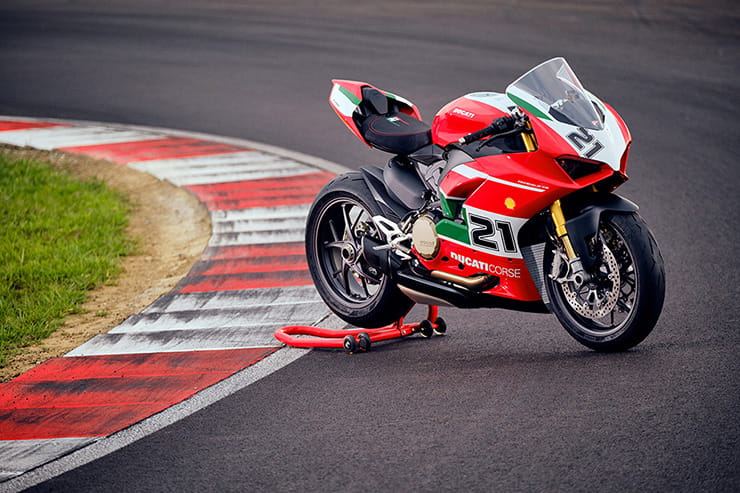 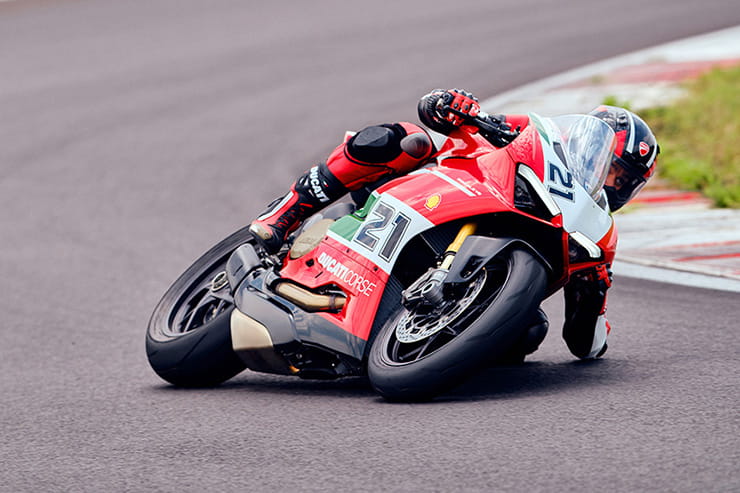 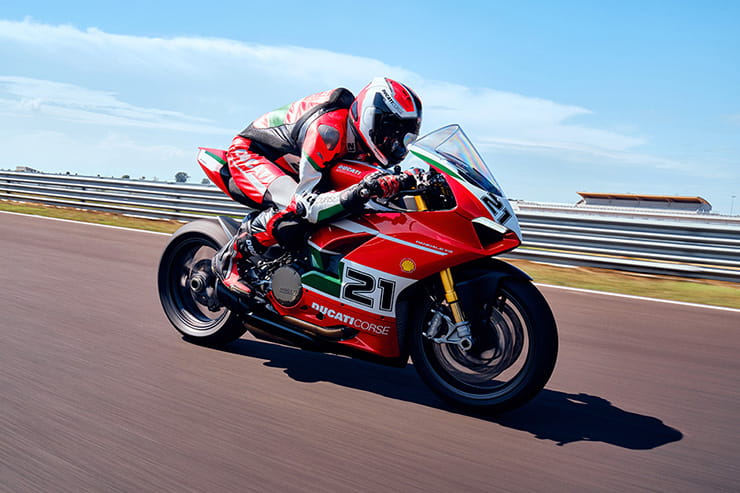 The bike’s other specs are familiar Panigale V2 fare, with the 955cc V-twin engine making 155hp at 10,750rpm and 76.7lbft at 9000rpm, tamed by an electronics package including cornering ABS and traction control, wheelie control, engine brake control and an up-and-down quickshifter. Three riding modes – race, sport and street – are selectable via a 4.3in TFT display that also allows more in-depth adjustment of the individual settings.

To mark the bike’s launch, Michael Ruben Rinaldi, who currently rides for Aruba.it Racing Ducati in WSB under the same number 21 that Bayliss favoured, will perform a demo lap on the Panigale V2 Bayliss at this Sunday’s round at Assen.

Although the Panigale V2 Bayliss is part of a ‘numbered series’ there’s no specific limit set on how many will be made. 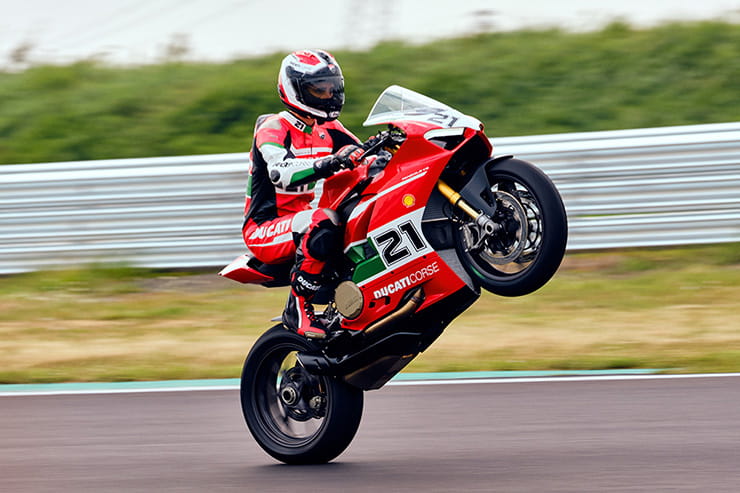