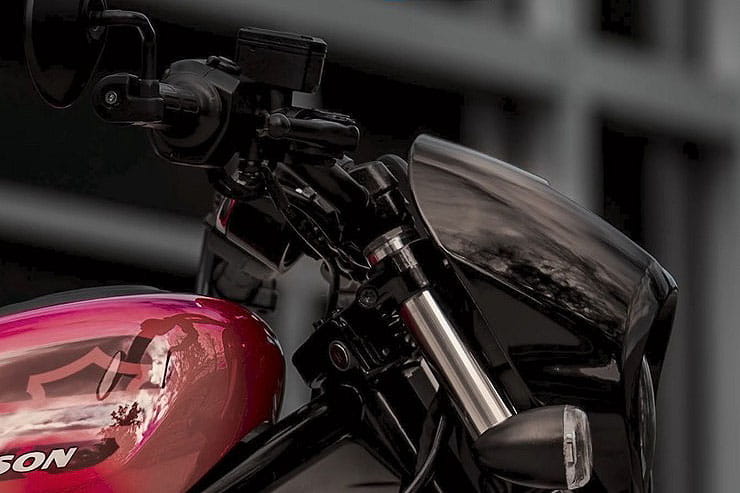 When it unveiled the all-new water-cooled Sportster S last week Harley-Davidson dropped the first clues about more Sportster-branded machines for the future. The next model has now emerged on the web courtesy of a questionnaire sent out by Harley-Davidson itself.

The new Sportster S intentionally steers clear of posing as a direct replacement for any existing model. Using a 1252cc, 121hp V-twin, complete with water-cooling, twin-cam heads and variable valve timing, it’s a genuinely modern bike. Mono-shock rear suspension, upside-down forks and a chassis that uses the engine as a structural component hammers home the fact that it isn’t your dad’s (or granddad’s) Harley.

However, the old, air-cooled Sportster models are already gone from the European market courtesy of the latest emissions limits. The remaining handful of models still sold elsewhere – the Iron 883, Iron 1200 and Forty-Eight – have been reclassified by Harley as cruisers instead of ‘Sportsters’ and are expected to be discontinued in the near future. That means there’s a clear opening for a replacement. 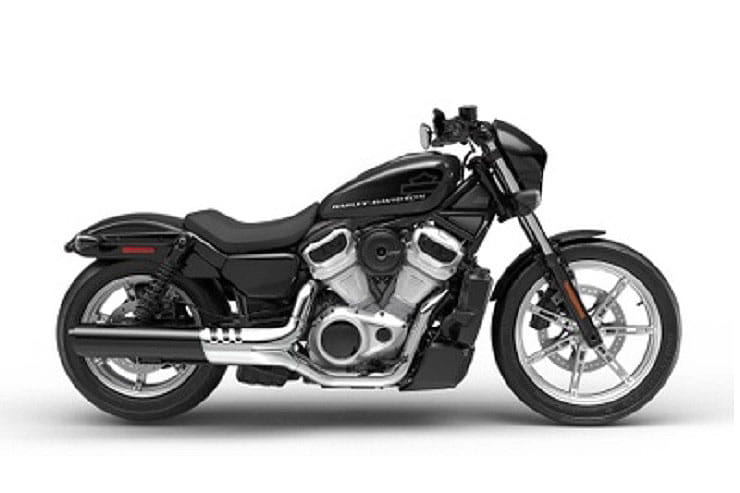 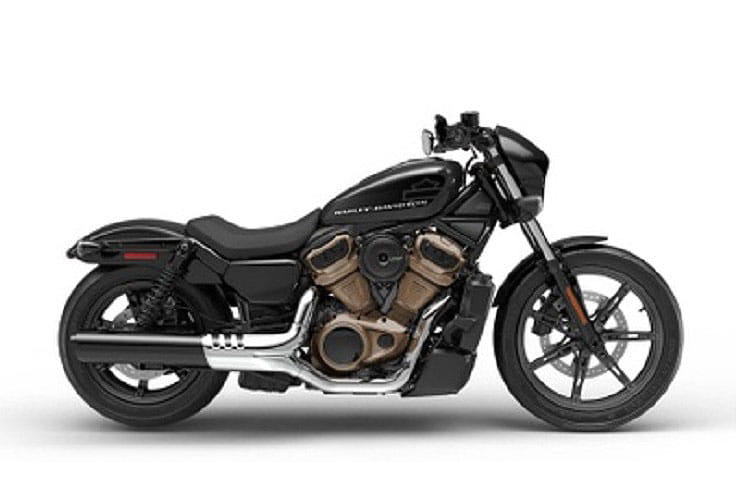 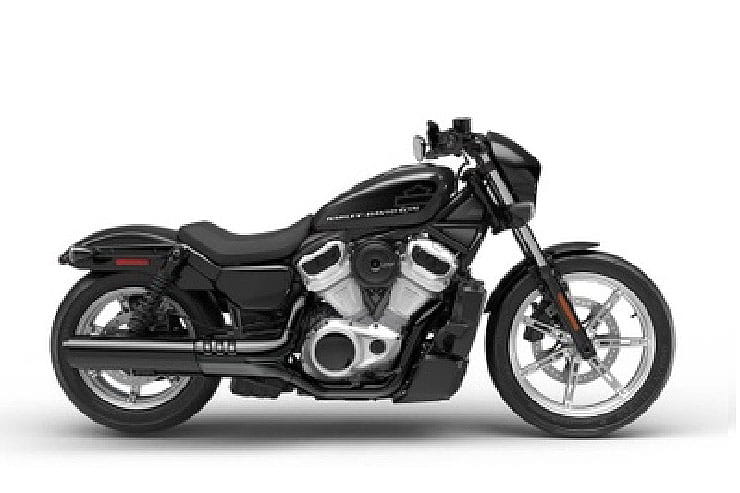 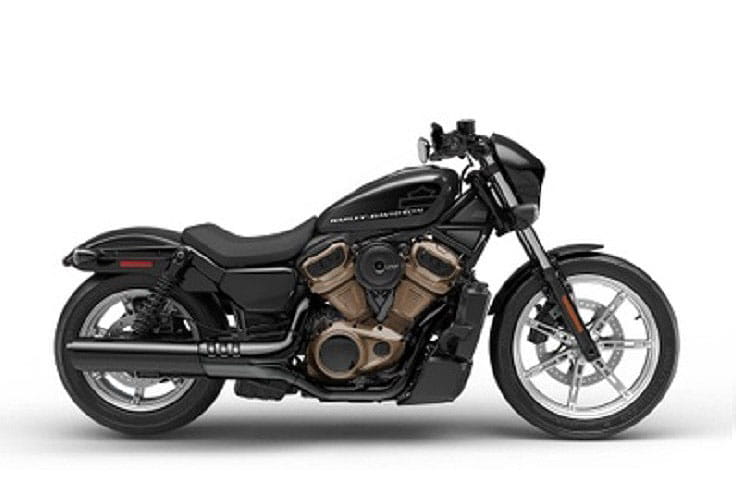 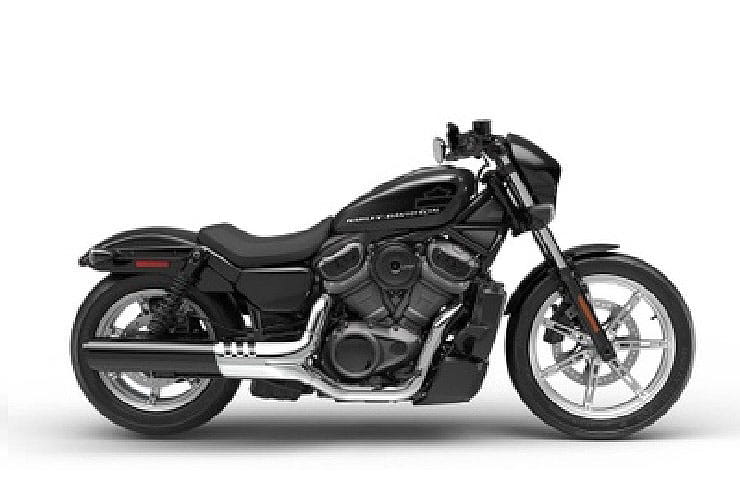 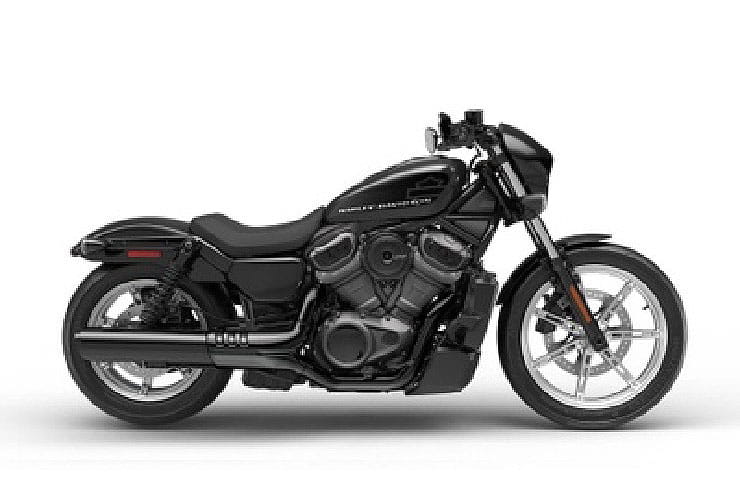 The launch video for the new Sportster S contains snatched glimpses of the next Sportster model, notably including a circular headlight with a small cowling around it, the Revolution Max water-cooled engine feeding into a low-mounted, two-into-one exhaust system, and a traditional-style rear fender with twin shocks instead of the Sportster S’s stubby tail and mono-shock.

All three elements perfectly match the images on Harley’s own customer questionnaire, which showed the bike in six potential finishes. One – closest to the teaser shots in the video – shows the engine in silver with a chrome exhaust and silver wheels. Other versions included one with a bronze-coloured engine, black wheels and a chrome exhaust, one with a silver engine and wheels but a black exhaust and another that was the same but with the bronze engine finish. Finally, two options with black engines and silver wheels were shown, one with chrome pipes, the other with black ones. 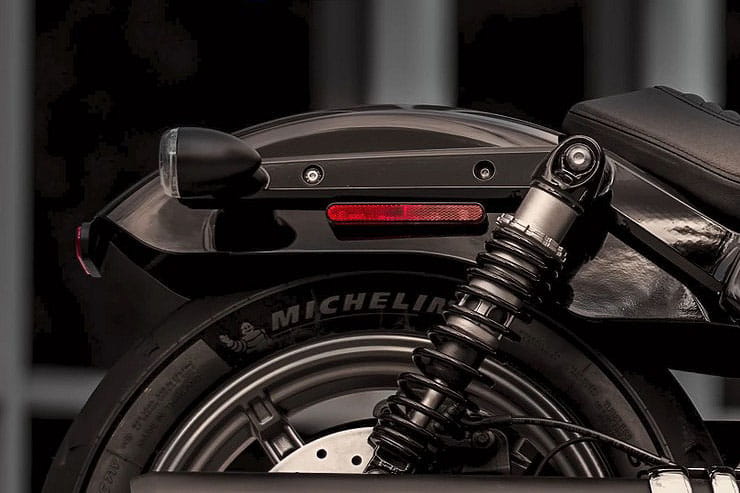 Colours aside, the bikes were the same, and all featured mid-mounted foot pegs instead of the forward-mounted design on the longer, lower Sportster S. They’re combined with relatively low, wide bars, suggesting a more comfortably day-to-day riding position than the Sportster S offers.

The wheels are also more conventional than those on the S model, which features an unusually wide 160-section front tyre on a 17in rim. The new model appears to have an 18 or 19in front with a relatively narrow tyre – probably about 120-section – allied to a smaller 16in rear.

As well as the traditional twin shocks, the bike gets conventional, right-way-up forks at the front. Like the Sportster S, the bike has a single front disc, but unlike the S model the caliper doesn’t appear to be radially-mounted. That might be a hint that the bike will be detuned compared to the S model, either featuring a lower-spec version of the 1252cc Revolution Max or getting the 975cc version that was originally intended to reach production this year in the now-cancelled Bronx streetfighter with 113bhp and 70lbft of torque. That compares to 121bhp and 92lbft of the Sportster S and 150hp and 94lbft that the Pan America  adventure bike that debuted the Revolution Max engine. 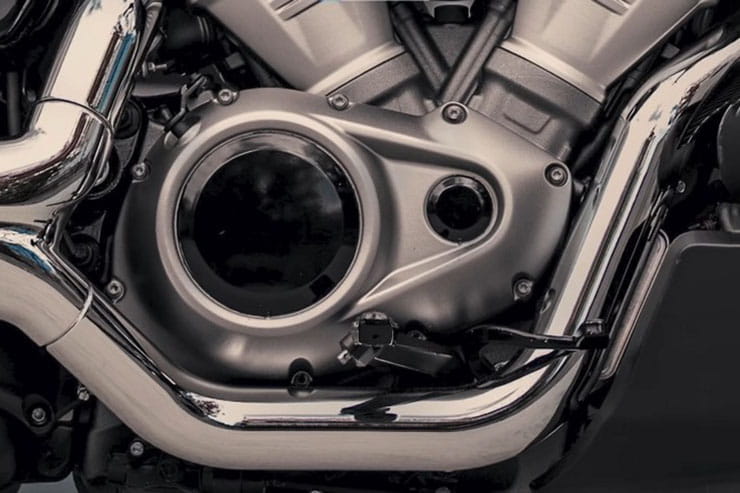