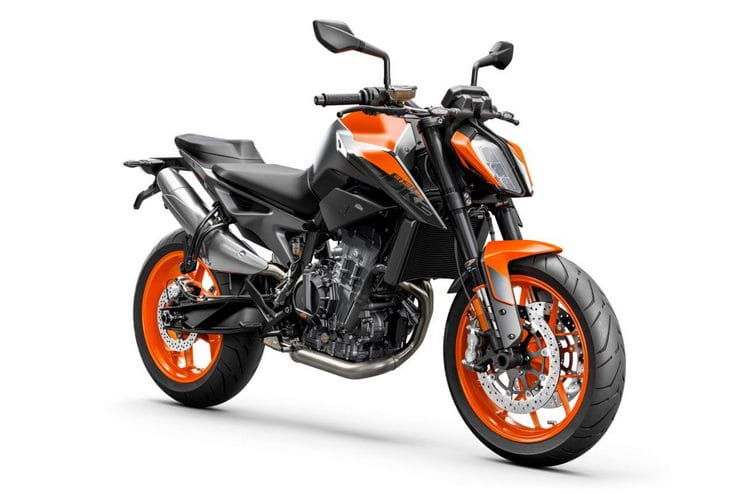 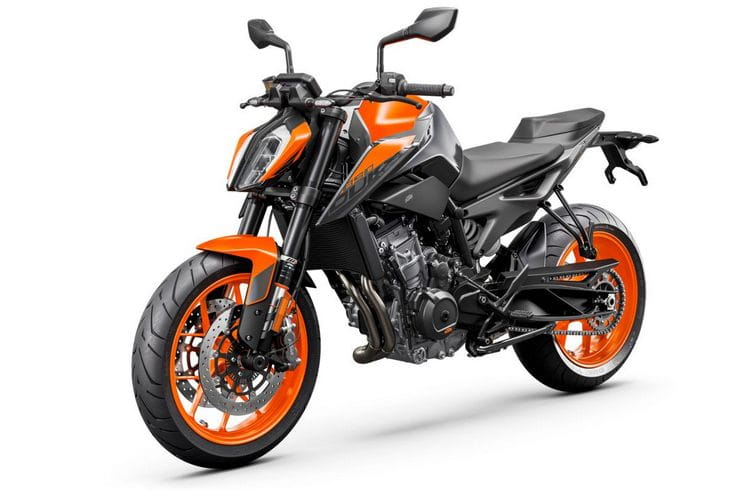 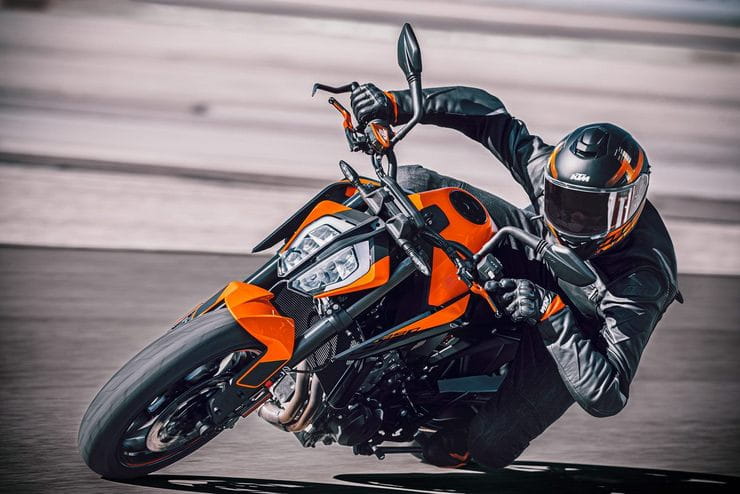 KTM’s 790 Duke is no more for 2021 – replaced by the newly-announced 890 Duke as the firm brings its range into line with Euro 5 emissions rules.

The new machine’s main change is reflected in the name; it’s got the same 889cc version of the LC8c parallel twin engine that’s already offered in the 890 Duke R and the 890 Adventure models, albeit in a different state of tune. The new motor replaces the previous 789cc version, boosting power by 10hp and adding 4lbft of torque for totals of 115hp and 68lbft. 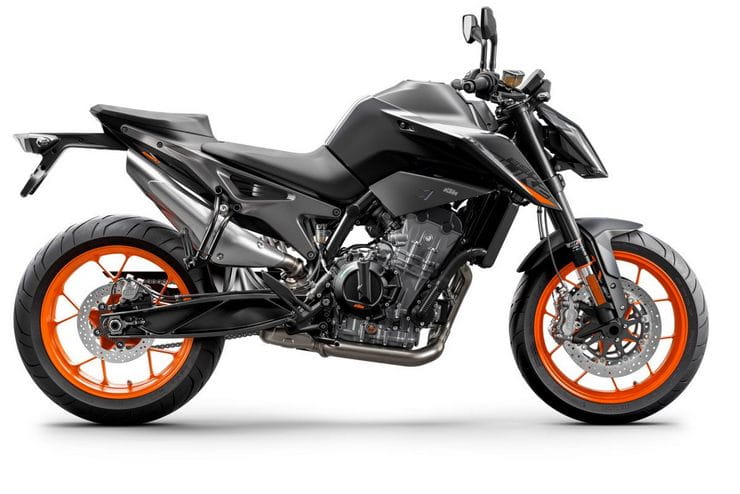 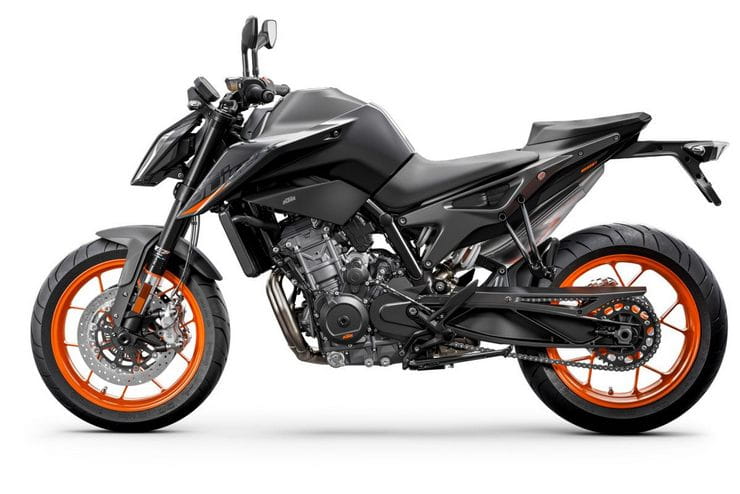 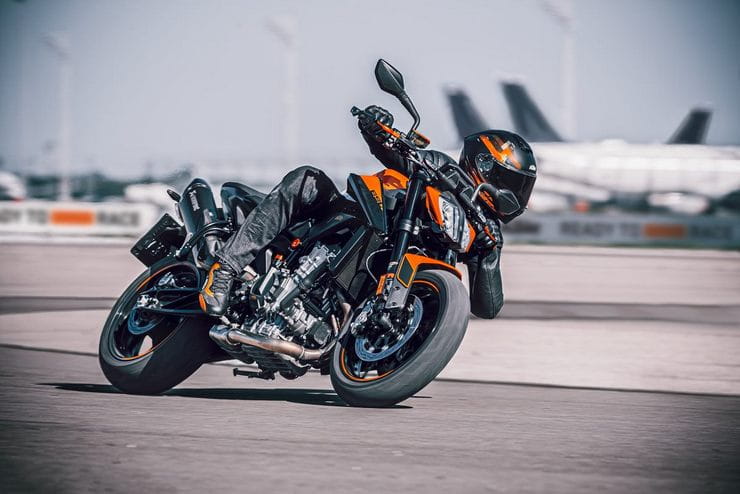 As well as the extra cubes, the engine gets 20% more rotating mass thanks to a heavier crankshaft, a change that improves stability and low-rev, part-throttle engine response. Electronic changes also contribute to the Euro 5 compliance and help the 890 Duke achieve 59mpg.

The extra power and cleaner engine doesn’t add anything to the bike’s overall weight, which remains 169kg (dry), and the bike’s main features are much as before. That means you get a TFT dash to access multiple riding modes – rain, street or sport – with a ‘track’ mode as an optional extra. There’s also multi-adjustable traction control, wheelie control and launch control, plus a six-axis IMU to help it all work. A quickshifter is also on the options list.

For 2021, the 890 Duke gets improvements to the brake calipers and pads, although they’re still KTM-branded items rather than the R’s Brembo Stylemas, while the suspension is much the same as before, including WP Apex 43mm forks and a matching gas-assisted rear shock. 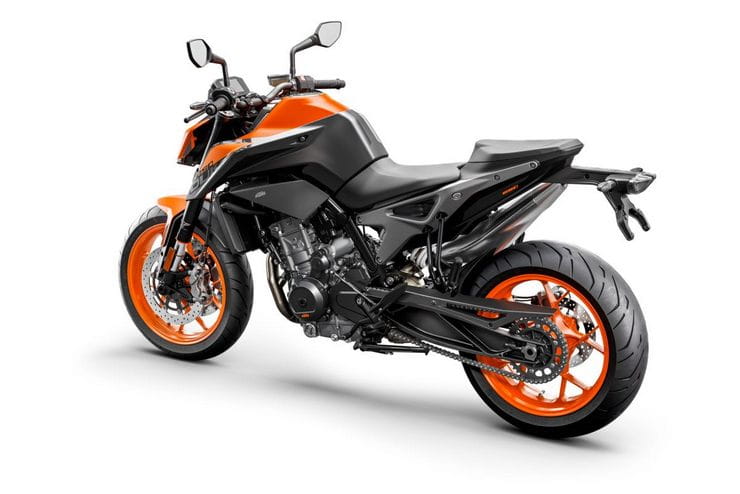 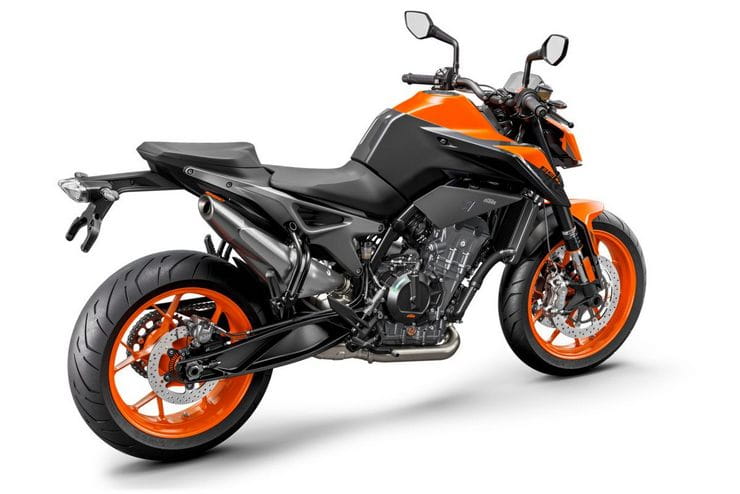 Adriaan Sinke, Head of KTM Product Management, said: “With the KTM 890 DUKE R we knew we were bringing a bike that was distinctly KTM to the market and it was only a matter of time before we could reshape that package to introduce the ideal second generation of THE SCALPEL. We found where we could either improve or offer the rider more than could be found on the KTM 790 DUKE. The KTM 890 DUKE is stuffed with the DNA of KTM: READY TO RACE, technically advanced and engineered to meet the demands of any rider. It takes pride of place in the DUKE family and is another big statement in not only the midweight market but also the naked bike segment. I’d normally tell riders to enjoy this one but, this time, there is really no need.” 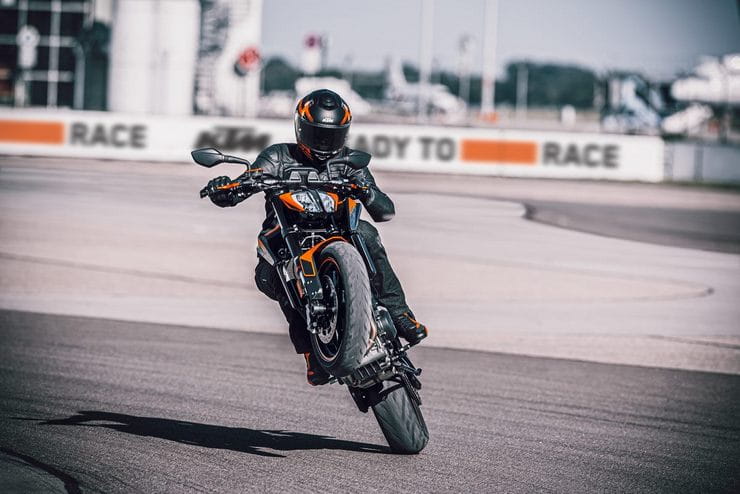