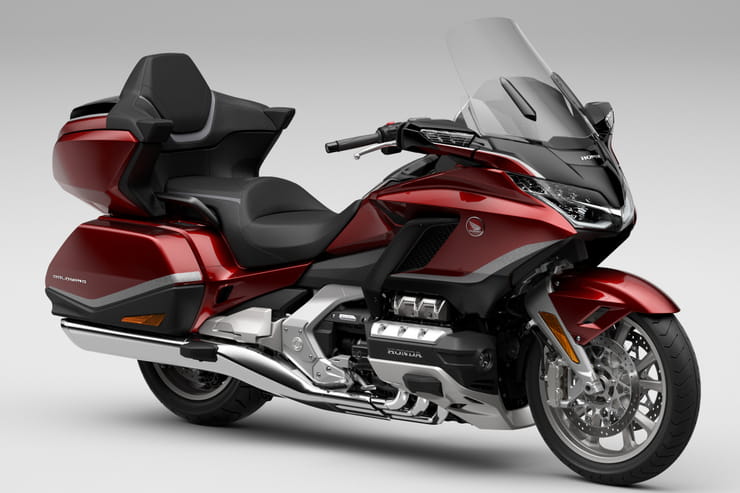 The current Honda Gold Wing has only been with us since 2018 so it’s still years away from needing a complete revamp – but the firm has nonetheless opted to make some subtle changes to both versions of the bike for 2021.

Given that the Gold Wing was only launched a couple of years ago and isn’t likely to get another major revamp for more than a decade, the bike was developed with Euro 5 emissions rules in mind. As such, Honda hasn’t been forced to make engine changes to meet the new rules that came into force on 1st January 2021. Instead the firm has been able to focus on detail tweaks to improve comfort, luxury and practicality. 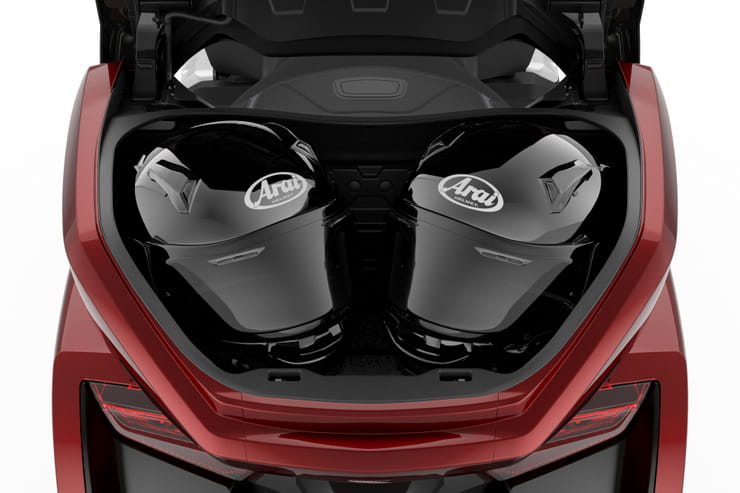 Both the bagger-style Gold Wing and the more heavily-equipped Gold Wing Tour get new speakers for their built-in audio systems, claiming improved sound quality, and the base model also gets a new ‘Pearl Deep Mud Grey’ paint option with orange flashes on the front mudguard, fairing, tank and tail, but the majority of the updates focus on the Gold Wing Tour.

The Tour’s improvements start with a bigger luggage capacity. The already-massive 50-litre top-box grows by a full 11 litres courtesy of a redesigned, taller lid. It takes the top-box’s capacity to 61 litres, bringing the overall luggage space, including the panniers, to 121 litres. As before, all the cases including the top box are operated by the ‘Smart Key’ proximity central locking system. 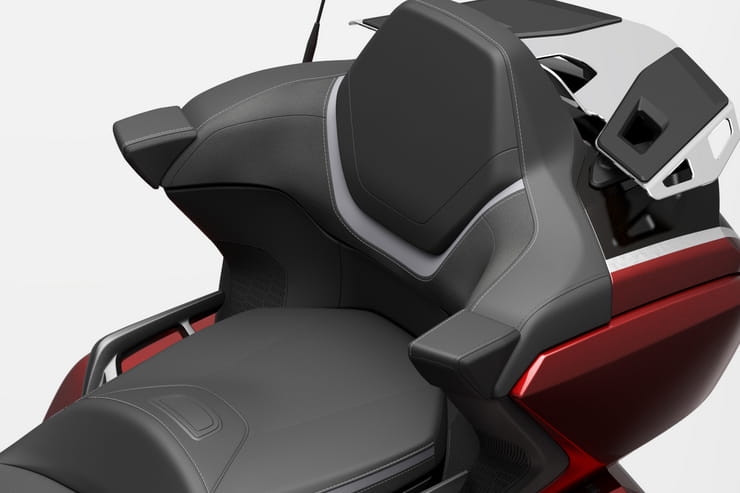 The extra top-box space comes along with a revised pillion backrest design, so as well as the increased luggage space there’s a more comfortable perch for your passenger.

The seat back, which forms the front face of the top-box, has been given a more reclined angle, tilting back at 23 degrees rather than the near-upright 16 degrees of the earlier version. The seats are also finished in a more luxurious suede-style synthetic leather material.

Elsewhere, both Wing variants are unchanged from last year’s models, which gained updates including improved suspension and fuel injection tweaks to improve low-speed manoeuvrability. The Tour also got new LED fog lights a year ago. Both models can be had with a seven-speed version of Honda’s DCT semi-automatic, dual-clutch transmission – the range-topping, DCT version of the Tour also gets an airbag. The manual versions make do with six speeds. The lightest Gold Wing – the base model with a manual box - comes in at 366kg, while the DCT version is 1kg heavier. The Tour model starts at a whopping 385kg for the manual model and rises to 390kg for the airbag equipped DCT version. 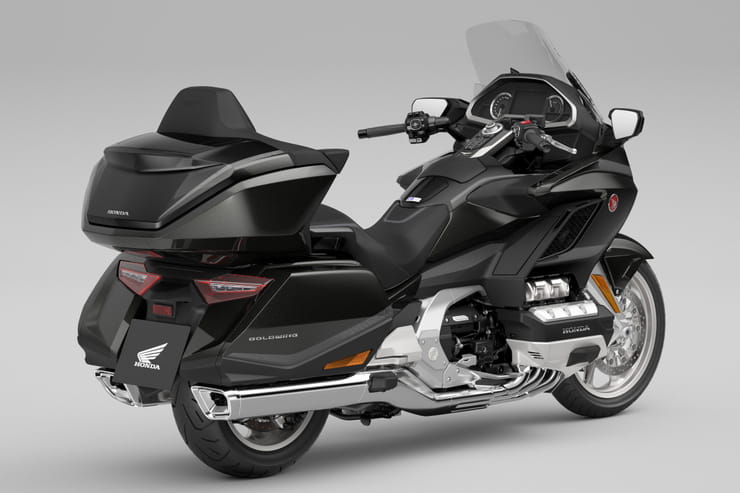 However, the 2021 version of the Gold Wing doesn’t yet include some of the most exotic technology that rivals are beginning to adopt. Most notably, the bike hasn’t got radar-assisted cruise control – a feature that both BMW and Ducati already offer in their 2021 ranges and that KTM will imminently launch on its revamped 1290 Super Adventure. Honda has been developing a similar system, so we can be sure that a radar-assisted Gold Wing is on the way, but for 2021 at least Gold Wing ownership isn’t a guarantee of having the last word in motorcycle technology.