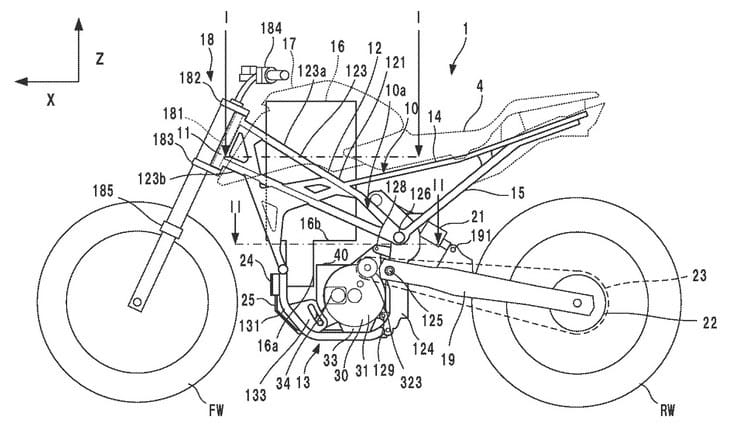 We’ve waited for years for electric bikes to become part of the mainstream market and now the day when battery power is a genuine alternative to petrol is getting tangibly close as Honda’s development of an electric bike steps up a gear.

While there’s an ever-growing array of electric bikes on the market, there’s still a distinct lack of action from the world’s biggest bike firms. Whether it’s because they’re too heavily invested in combustion engine production and development or because they simply don’t see e-motorcycles as a profitable proposition, the often-seen electric concept bikes from major firms have rarely resulted in a showroom model using the same technology. As soon as a we see one of those big companies breaking ranks and making proper advances in the electric bike field, it could well be the equivalent of a dam bursting as others scramble to follow suit. 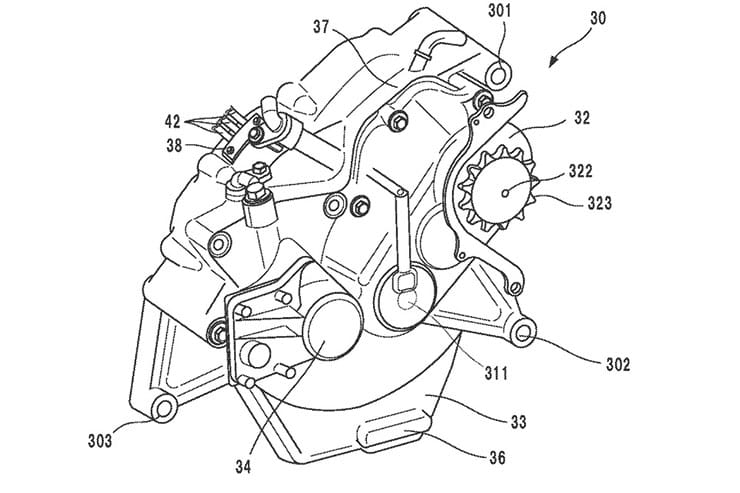 So far, Harley-Davidson’s LiveWire is the most convincing electric bike from an established manufacture, but with its vast price tag and less than spectacular performance it’s hard to justify the Harley over cheaper rivals from dedicated electric bike firms like Zero. We’ll find out soon what Harley’s next electric plans are, but in the meantime Honda has filed a rash of new patent applications relating to its own electric motorcycle.

We revealed the first sight of Honda’s upcoming electric bike last year when the first detailed patents were published. Based on the chassis of the CB125R, it features a particularly compact electric motor and transmission that’s designed to slot straight into an existing chassis, vastly reducing R&D and production costs in comparison with the building an all-new electric model from the ground up.

In cars, we’ve seen a similar split, with companies like Tesla making purpose-built electric models to maximise the packaging advantages of electric power while legacy car makers have tended to create battery versions of existing models, like VW’s e-Golf, BMW’s Mini Electric or Fiat’s 500 Electric. The Tesla-style route with clean-sheet development for electric machines appears to be winning out on four wheels, but bikes are a different prospect. With comparatively tiny production numbers, much smaller R&D budgets and relatively lax type approval legislation, an electric bike that can reduce costs by sharing components with a mass-made petrol model could have a decisive advantage. 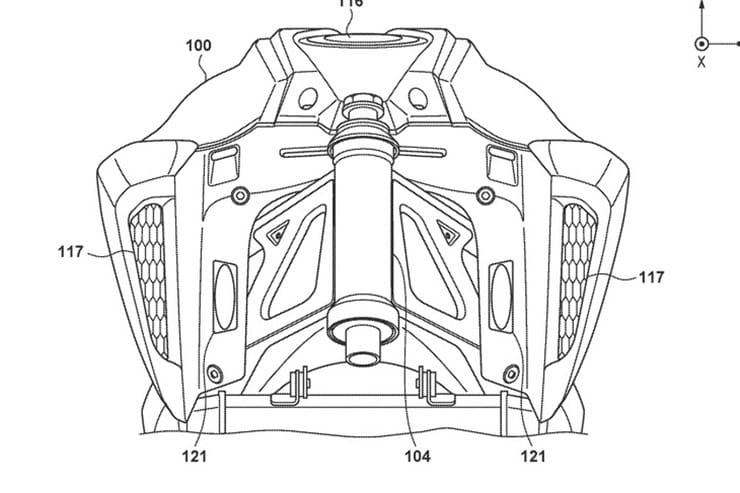 Over the last couple of weeks we’ve seen four new patent applications from Honda, all appearing to relate to the same CB125R-based electric bike project that emerged last year.

The designs in Honda’s latest patents show at least three variations on the same theme, each with a slight change in the arrangement of motor, battery and transmission, but the layout seen last year appears to be the dominant one. Honda is probably using alternative designs to make sure its patent applications cover as wide a scope as possible.

Once again, the new designs emphasise how slim the transmission and motor layout is, allowing it to slot into the space filled by a 125cc single in the CB125R, but the new designs add more flesh to the idea by showing how even the CB125R’s air intakes could be carried over to the electric bike, allied to a ‘tank’ that mimics the shape of the petrol model’s but is actually a plastic cover over the top of the battery pack. The side-mounted air intakes are used to circulate cooling air to the battery instead of feeding an engine, but both the appearance and some the actual bodywork parts of the existing petrol bike are carried across to the electric model. With each shared part representing a reduction in R&D and manufacturing cost, every little counts.

Even the plastic strip in the centre of the ‘tank’ is carried over from the CB125R, complete with the fuel filler opening – used on the electric bike designs to house the charge socket. 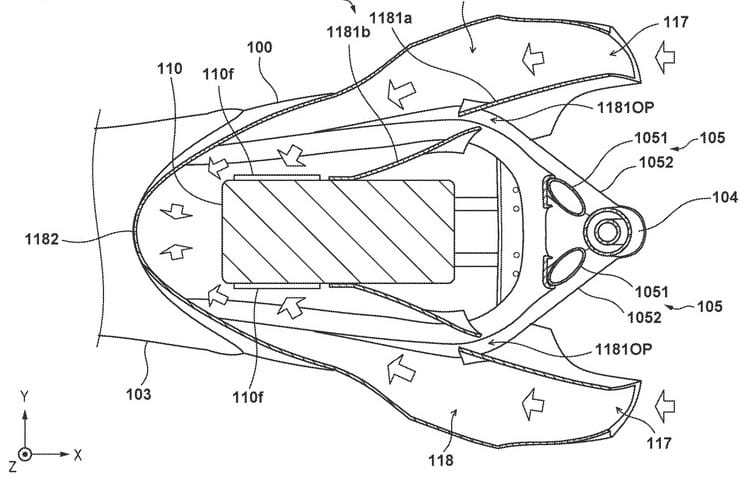 As ever, we can’t use patent applications as a guarantee that a new bike will reach production, but as the volume of evidence grows, so do the chances that the work being carried out on electric bikes at Honda’s research and development department will bear fruit in the showroom.

The clear indication that Honda is using a 125cc model as the basis for its electric bike development shows that the company is following a base-up strategy, feeding electric models in as low-end products first rather than trying to tear up the rulebook with an expensive, superbike-beating machine. It’s a pattern that the firm has already established with the development of the PCX Electric scooter, made in small numbers in Japan and leased to customers as a sort of beta-testing program.

The UK is already dedicated to stopping the sales of purely petrol or diesel-powered cars by 2030 and ending hybrid sales by 2035 in pursuit of a pure-electric ecosystem for private vehicles, and many other countries have similar schedules in place. While bikes aren’t directly hit by that legislation, it’s clear which direction the wind is blowing. Honda will clearly want to remain at the top of the pecking order and as such its development of electric bikes is vital right now.