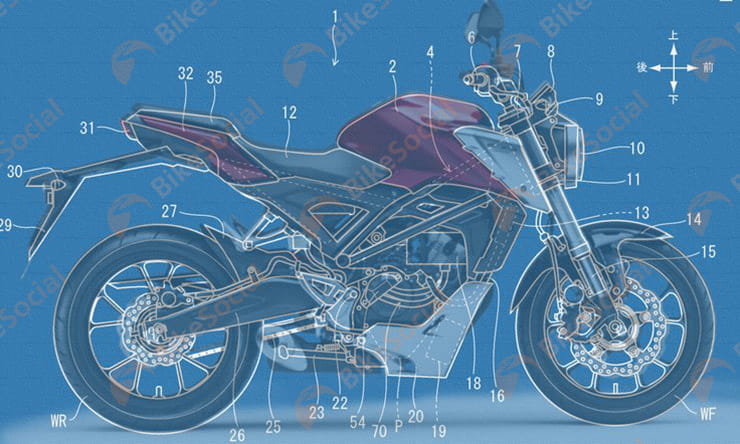 Overlaid on a stock CB125R you can see how the frame, bodywork and suspension are identical.

New patents filed by Honda reveal that the firm has an electric bike under development – but rather than going all-out for the futuristic image that the powertrain suggests it’s based on the neo-retro CB125R.

Several patent documents have emerged showing different aspects of the same design, suggesting it’s a relatively serious project, and the bike’s components and layout point to a relatively affordable machine. 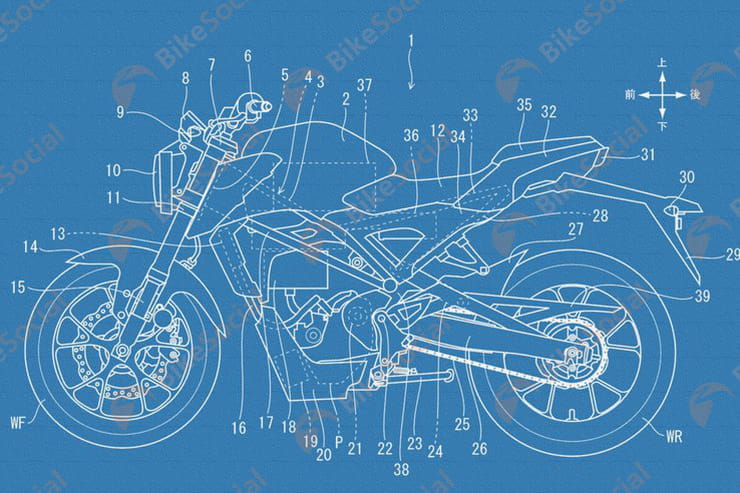 This image shows how the batteries (37 and 36) are fitted under the ‘tank’ and seat, while the electronic control unit (18) is where the cylinder head would normally be.

The bike’s design, with a conventional chassis that’s already mass-produced and styling that’s a proven hit means it is intentionally unchallenging. Honda appears to have recognised that getting customers to switch to electric power means persuading them to make a leap of faith, so it’s making doubly sure that other elements of the bike won’t provide additional stumbling blocks. It’s an approach that’s markedly contrasting to the approach that many start-up electric bike companies take. We often see prototypes and concepts that combine electric power with weird steering and suspension systems allied to challenging styling and insane prices, but the fact that most disappear long before reaching production suggests buyers simply aren’t out there to support ‘game-changing’ designs.

Honda’s approach – already seen in the PCX Electric scooter which is all but identical to its petrol-powered sibling – is to make the switch to electric power as seamless as possible, rather than aiming to ‘disrupt’ the market. 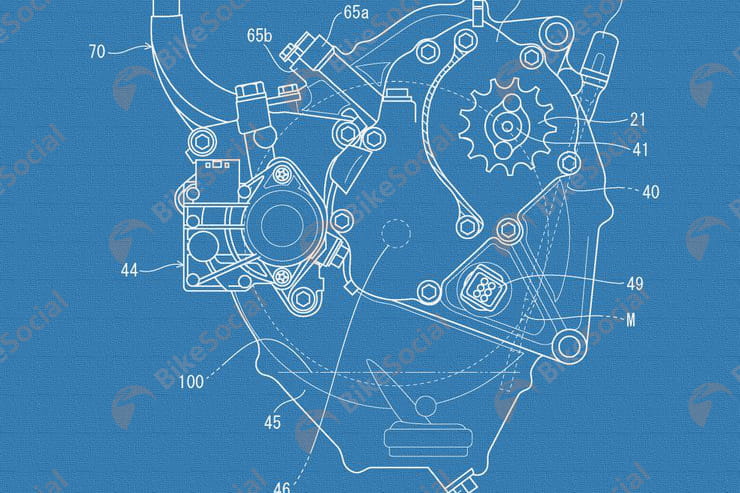 The front sprocket (21) gives a good idea of how compact the motor is.

The new design’s simplicity is revealed in its components. The off-the-shelf chassis, suspension and styling are combined with a three-phase, oil-cooled electric motor driving the rear wheel via a simple set of reduction gears and a chain final drive. There’s no added cost or complexity like a multi-ratio transmission or water-cooled motor.

Honda has gone to particular lengths to make the motor and reduction gear set slim – it’s the focus of one of the patents – so it can slip into the existing CB125R’s chassis without any changes.

The huge number of shared components means the bike’s R&D spend and production costs should be relatively low, allowing Honda to price it competitively. The choice of the CB125R as its basis suggests that the performance will be in that category – which also makes sense as it opens the market to learner riders if the power is rated at 15hp or less. However, a quirk of electric powertrains mean that they have two power ratings – a ‘continuous’ figure and a ‘peak’ number. As such, a learner-legal machine with 15hp ‘continuous’ (which is the number that law-makers focus on), could make twice that much in short bursts, allowing much better performance than a petrol-powered equivalent. 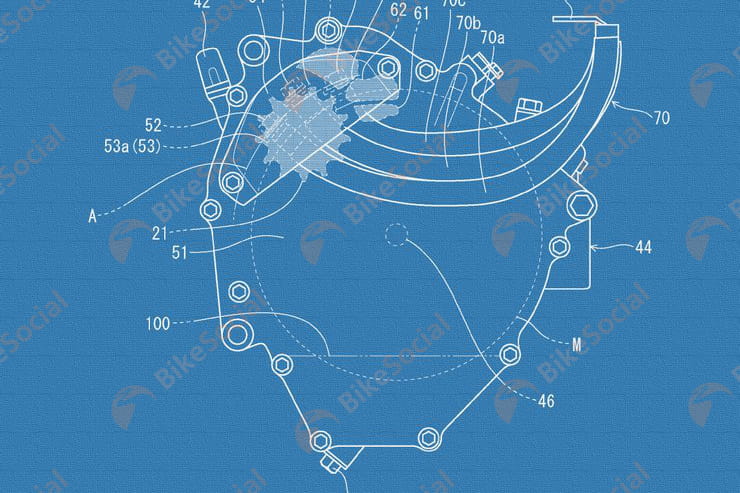 The use of an existing chassis means Honda has had to arrange the unfamiliar electrical components within a set of existing parameters.

The motor and reduction gears fill the space that would normally be used by the conventional petrol bike’s engine bottom-end and transmission, while the electrical control unit that converts throttle inputs into signals to the motor is fitted where you’d normally expect to find the engine’s cylinders and head. That makes sense, as like a cylinder head the electronics box will benefit from cooling airflow over it, and may well be a finned aluminium package that looks relatively attractive on the final machine.

The oil cooler for the motor is fitted where you’d expect to see a water radiator on the normal CB125R.

That just leaves the batteries. There are two, and Honda has opted to put one under the dummy fuel tank – which it refers to as the ‘knee grip cover’ – and a second under the rider’s seat. They appear to be different sizes, with the main battery under the ‘tank’ much larger than the under-seat one. If that’s the case, it means they’re not the ‘Honda Mobile Power Pack’ batteries used in the PCX Electric, which are part of a planned ecosystem ranging from lawnmowers to ATVs that are intended to use the same, swappable cells. 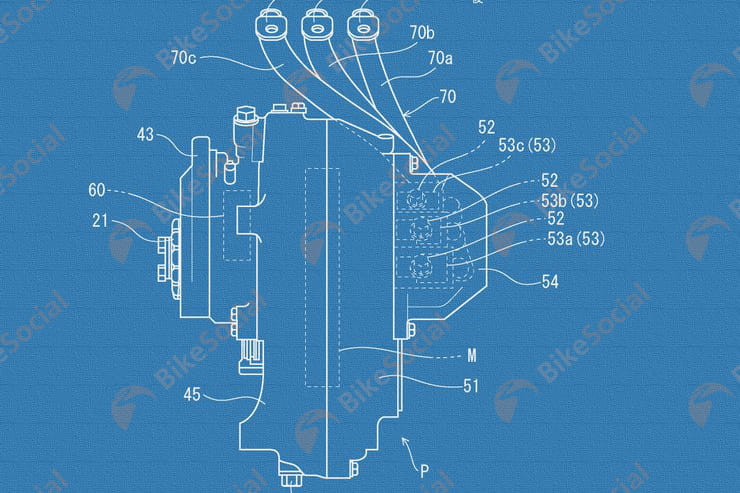 While a solidly conventional battery-powered Honda with 125cc levels of performance might not have the headline-grabbing potential of some of the higher-performance electric offerings on the market, it’s an idea that fits the firm’s approach to a T. While Honda has a history of making game-changing high-performance bikes, the firm is all too aware that its success is founded on low-priced, mass-market offerings. Just as mundane machines like the Cub and Benly laid the foundations for the CB750, the PXC Electric and this battery-powered CB are likely to be a vital stepping stone to more exotic electric Hondas in years to come.