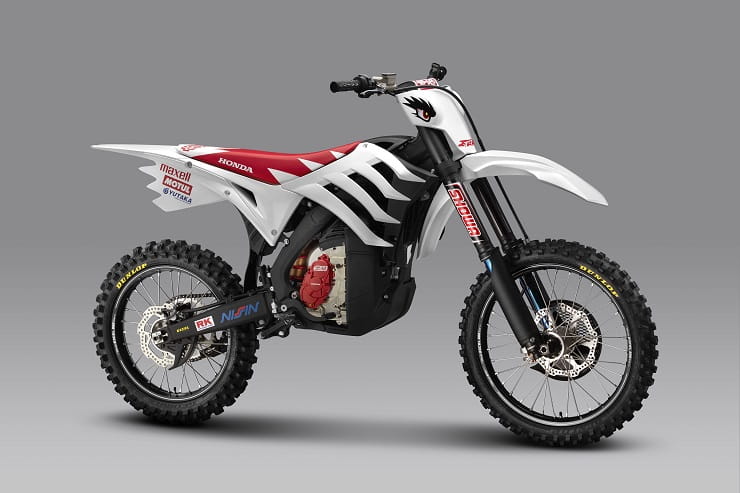 Mugen has won the last five consecutive TT Zero races at the Isle of Man with its Shinden electric race bike and been on the podium for the last seven. While Honda has officially distanced itself from that effort the firms’ close ties – Mugen was founded by Hirotoshi Honda, Soiciro Honda’s son – mean it’s widely seen as an undercover Honda development project. Now, with the appearance of both Honda and Mugen-badged versions of the same electric motocross prototype at the Tokyo Motorcycle Show over the weekend, it’s clearer than ever that Mugen’s work on electric bikes will be a huge influence over the future of Honda-branded models.

The bike pictured above is Mugen’s latest E.REX prototype, but it’s mechanically identical to the Honda Electric CR Proto (below) that appeared at the same event. The only differences are in styling; Mugen’s machine wears unusual, dinosaur-inspired bodywork – those side-panel strakes are the ribcage – where Honda’s offering is clad in conventional CRF motocrosser-style panels. Two years ago, Mugen showed an earlier prototype E.REX with even more extreme dino-based styling, but this iteration looks far more suitable for a production model.

The chassis and swingarm of both bikes are derived from the Honda CRF’s aluminium parts, modified to suit the electric powertrain, while the forks are identical Showas. The electric powertrain including the motor and battery controller is developed by Mugen, but notably carries Honda badges as well as Mugen ones.

An electric motocrosser makes a lot of sense; the electric motor’s instant torque should provide more punch than petrol equivalents and there’s no pressure to have long-range batteries. However, just as petrol engines usually appear in multiple different models, it’s easy to imagine the same Mugen powertrain, which has clearly been designed to slide easily into the same space normally occupied by an internal combustion engine, showing up in a host of different Hondas in the future. 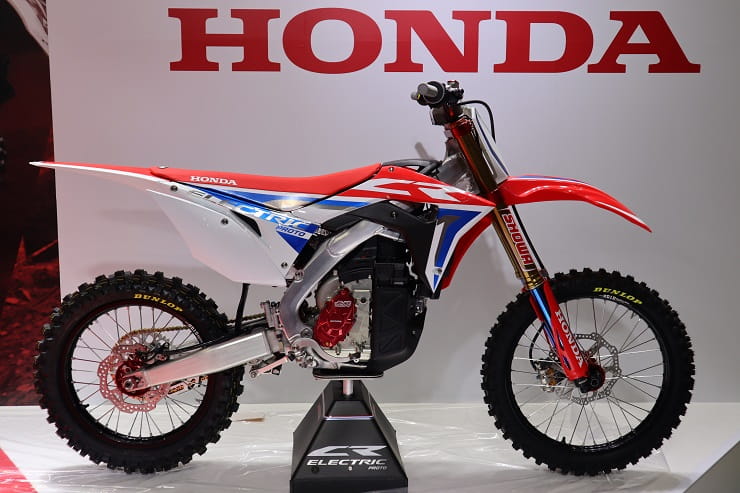