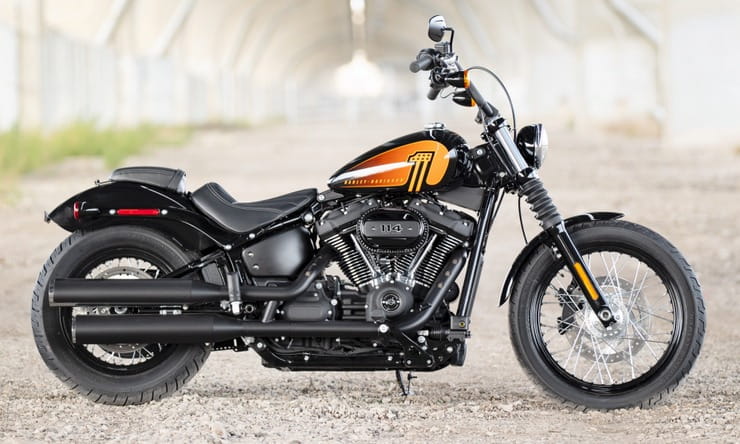 Harley-Davidson has taken the wraps off its first batch of new 2021 models including the range-topping CVO line and tweaks to the Street Bob, Fat Boy, and bagger models.

We’re still waiting for the full unveil of Harley’s headline model for 2021, the Pan America adventure bike, which is coming on 22 February, but in the meantime the updates to the firm’s more traditional range will give dyed in the wool H-D fans something to celebrate. 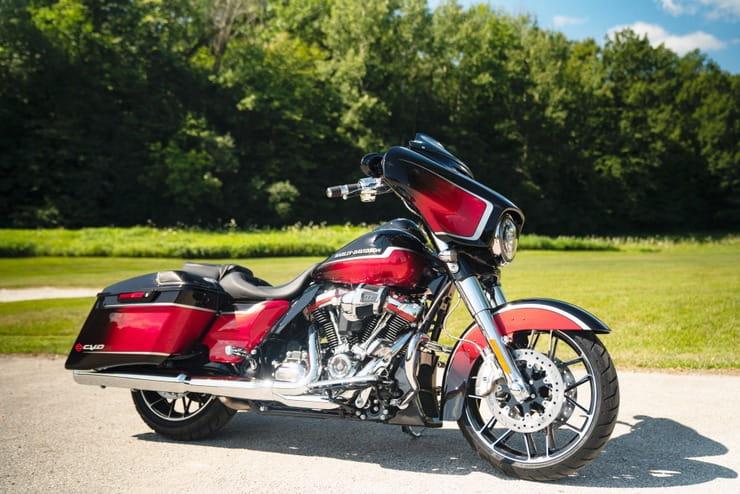 First up, we have the 2021 CVO machines – all wallet-emptying creations that feature the very best Harley has to offer in terms of kit, allied to head-turning paintwork.

The cheapest model in the 2021 CVO range is the CVO Street Glide (above), starting at £34,495, and the range encompasses the CVO Road Glide (below), the CVO Limited and culminates with the CVO Tri Glide at a terrifying £44,995. 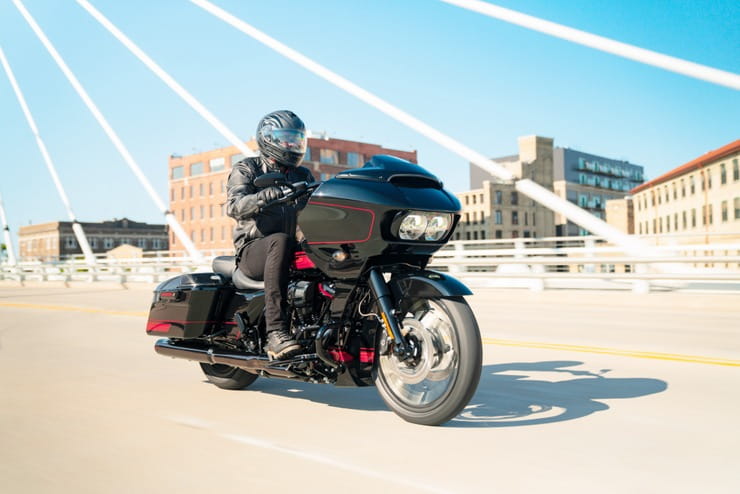 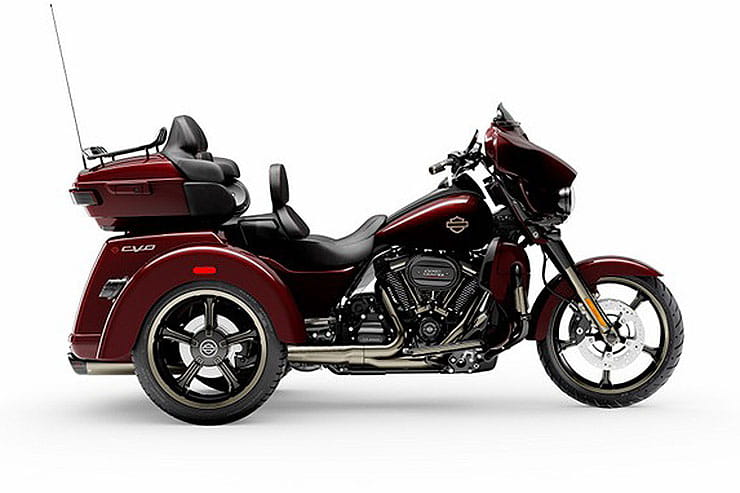 All the CVO models use the biggest production version of Harley’s Milwaukee-Eight engine, the 117cuin (that’s 1923cc on this side of the Atlantic) version that makes, er, 105hp…

Of course, power isn’t the goal, and the engine’s 125lbft of torque is a better illustration of its abilities, coming as it does at a mere 3750rpm. 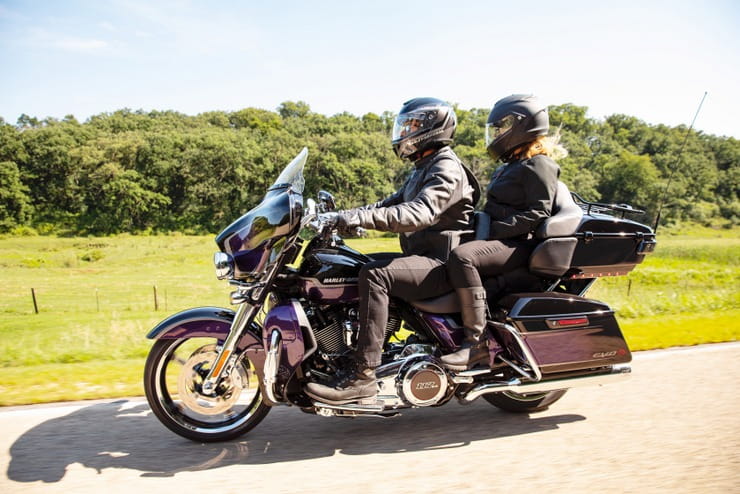 Moving to a slightly more attainable section of Harley’s range, the big news on the Softail front is the updated Street Bob 114.

As its name suggests, it gets the 114cuin (1868cc) version of the Milwaukee-Eight, putting out 119lbft of torque, up from 107lbft for the previous 107cuin model. Power is around the 95hp mark, but not something Harley dwells on.

In performance terms, the bigger engine provides a significant boost, with Harley claiming a 9% improvement in 0-60 acceleration and 13% faster 60-80mph times. 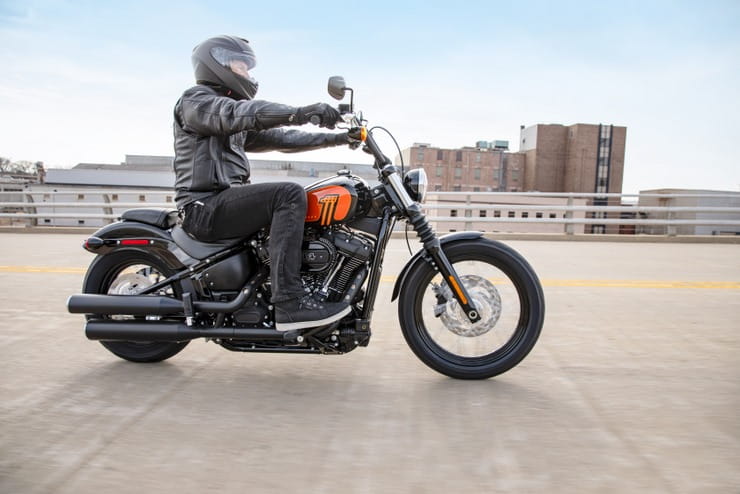 The Fat Boy, one of Harley’s most iconic models, is also updated for 2021. Also using the 114cuin engine – previously available as an option – it’s been given a styling makeover to emphasise its chromework.

The changes include shinier engine covers, exhausts and headlight surrounds, with bright chrome replacing the previous satin finish. Harley makes much of the change, showing that it’s catering more clearly to its traditional customers – one of the hallmarks of the strategy being implemented by new CEO Jochen Zeitz, who’s abandoning many of the wilder plans laid by his predecessor and refocussing on core customers rather than wooing new ones. 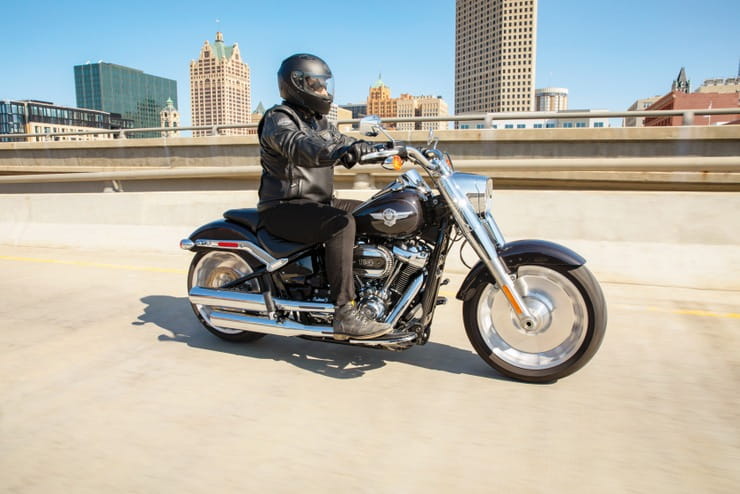 Harley’s Softail range also gets a new like of performance accessories for 2021, including Screamin’ Eagle high-flow exhausts and Stage III engine kits that boost 107cuin Milwaukee-Eight motors to 119cuin (around 1950cc) and take the 114cuin motors to 122cuin (2000cc). Both boost performance, with the smaller engine getting 23% horsepower and 17% torque increase when the kit is added, and the larger Milwaukee-Eight benefiting from 15% more power and 13% extra torque. The kits include cylinders, pistons, rings, cams, tappets and all the gaskets and seals needed to complete the update.

While Harley’s focus is understandably on the new models in the range, the firm has also dropped several Softail machines for 2021, including the Low Rider, Deluxe and – sadly – the FXDR 114, which was only introduced in 2019 and offered a distinct departure from the usual Harley cruiser look. The Breakout 114 is also disappearing in the USA, but remains listed on Harley’s UK website. 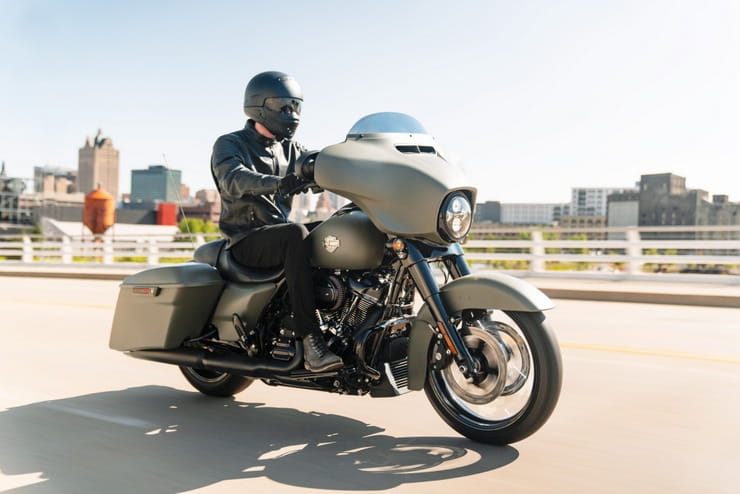 Over on the ‘touring’ side of Harley’s 2021 model range, there’s a focus on baggers with updates to the Street Glide Special (above) and Road Glide Special (below).

The Street Glide Special gets the option of either bright chrome or blacked-out components including the engine covers, forks, bars, exhaust and tank console. There’s also a two-tone paint option for the first time – a combo of grey and black – with either the bright or dark chrome work. The bike also gets a new, lower-mounted engine guard and Harley’s LED ‘Daymaker’ headlight as standard instead of the old halogen lamp. Single-colour paint options include black, red or a custom ‘Snake Venom’ ( all with either bright or dark chrome work), while there’s also a ‘Black Jack Metallic’ that can be had with bright chrome only, and ‘Gauntlet Grey’ and ‘Deadwood Green Denim’ options available only with the blacked-out chrome parts. 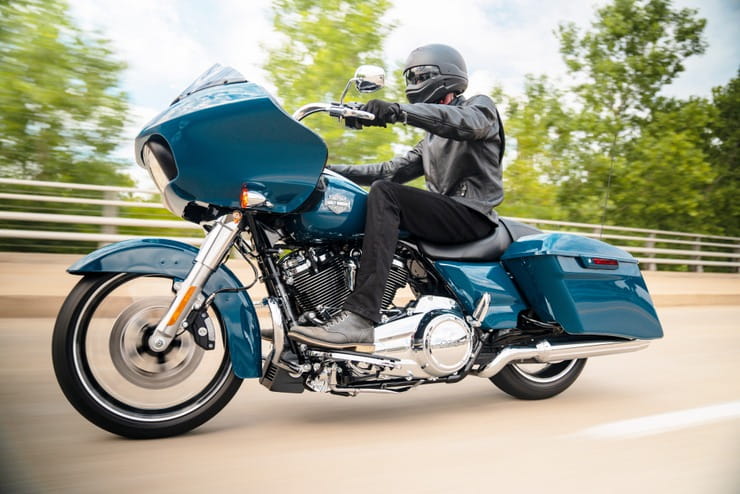 Like the Street Glide Special, the Road Glide Special can be had with either bright or dark chrome and gets an optional two-tone paint scheme – this time in red and black, available with either chrome package.

When it comes to single colours, the chrome-clad version comes in black, teal or crimson, while the blacked-out model can be had in all those colours plus an additional ‘River Rock Grey Denim’ scheme. It also gets the new, lower-mounted engine guard.

The Road King Special (below) also gets the revised, lower engine guard plus the LED ‘Daymaker’ headlight as standard for 2021 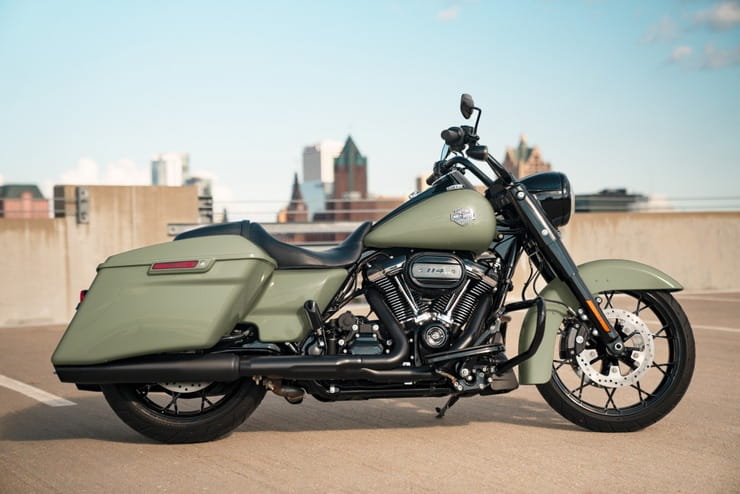