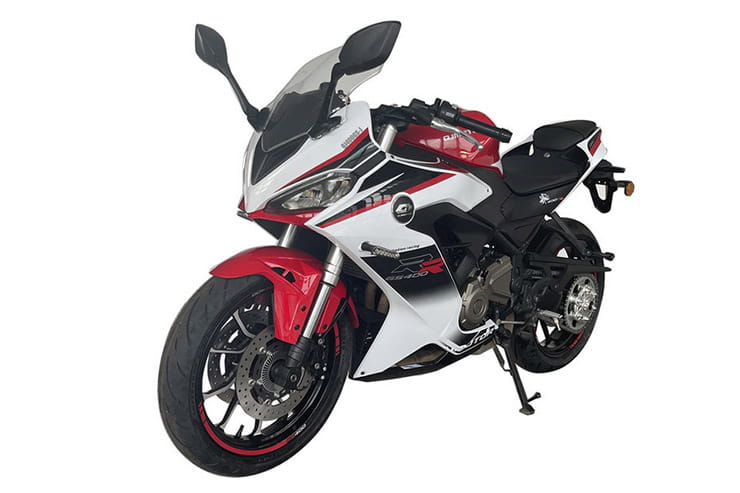 This newly type-approved 400cc sportsbike from China has the potential to reach Europe either as a Benelli or an entry-level MV Agusta.

The Qianjiang ‘QJ400GS-J’ – which appears to be called ‘GS400RR’ in production form, going by the decals on the side panels – will initially appear under the QJMotor brand on the Chinese market, but since Qianjiang owns Benelli and has a partnership with MV Agusta, the bike could well appear in restyled form on this side of the world under one of those banners.

The launch of MV Agusta’s new Lucky Explorer 5.5 at the EICMA show in November revealed the depth of the firm’s tie-in with Qianjiang. It features an existing QJMotor/Benelli chassis, borrowed from the QJMotor SRT500 and Benelli TRK502, along with an updated 550cc version of the 500cc twin used in those bikes. A look at QJMotor’s range shows there are several other machines that could easily be adapted into entry-level MVs, but the new 400RR is particularly suited to the job thanks to its single-sided swingarm and new 400cc engine which neatly slots into an existing capacity class and meets European A2 licence rules in terms of its performance. 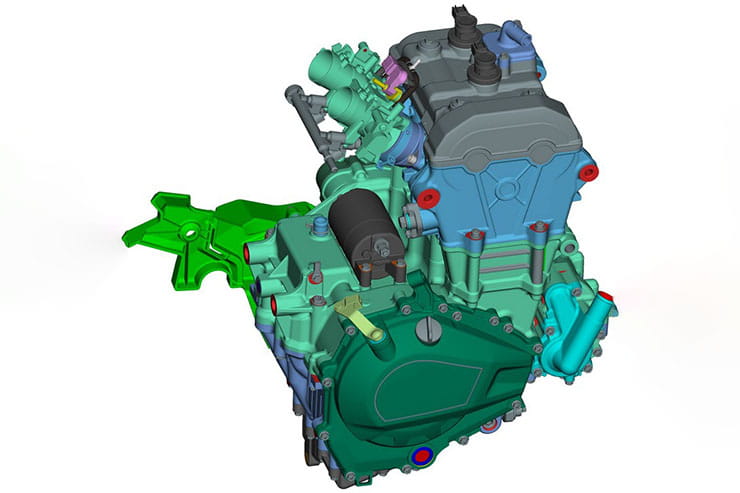 The 400RR is a development of another bike that’s been type-approved but yet to reach production, the 350R. As its title suggests, the 400RR has an increased capacity, while the extra ‘R’ denotes a higher chassis specification, making it more fitting as a future Euro-targeted model.

Although the photo appears to show an existing QJMotor engine, the type-approval paperwork says the 400RR actually uses Qianjiang’s new ‘QJ270MQ’ twin. The number doesn’t relate to its capacity – the ‘2’ means twin-cylinder, while the ‘70’ denotes a 70mm bore. The engine itself has recently been subject of a design patent in China, showing its external appearance, and it appears to be a close copy of Kawasaki’s Z400 twin. The 70mm bore also matches the Kawasaki, where it’s used with a 51.8mm stroke for a capacity of 399cc.

According to its type-approval paperwork the new 400RR puts out 44hp, up from 36hp for the 354cc 350R. The bodywork is identical to the 350R, but the new 400 features a single-sided swingarm and different wheels with machined surfaces on the spokes.

Last year, Qianjiang announced that MV Agusta’s four-cylinder 1000cc engine was set to appear in future Benelli models. We’ve yet to see that happen, but it’s clear that the deal between the two companies is reciprocal, with MV gaining access to QJ’s Chinese-made, mid-size twins as a shortcut to creating its own entry-level range. The MV Agusta Lucky Explorer 5.5 is the first, but it’s unlikely to be the last.