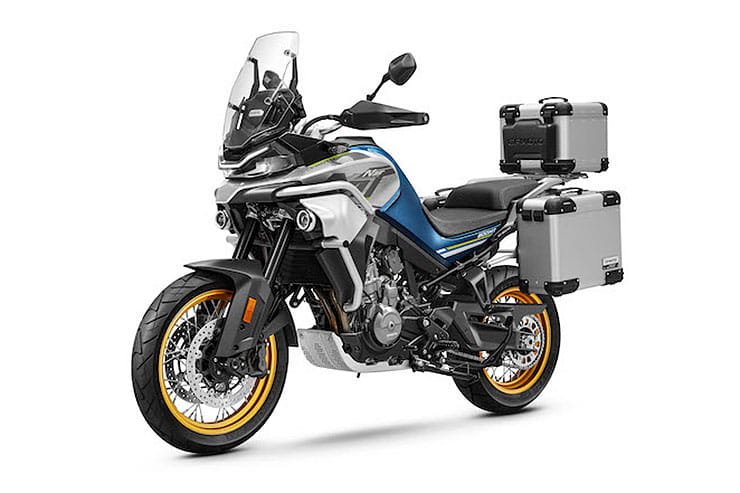 CFMoto has announced it will begin sales of its CFMoto 800MT adventure motorcycle in the UK by summer 2022 with an expected sub-£10,000 price tag.

The model, which was showcased at the recent Motorcycle Live show, is confirmed to go on sale ‘around June 2022’ after it received a positive public response at the event.

Based around the running gear of the now-discontinued KTM 790 Adventure, the CFMoto 800MT has been on sale on the European mainland for some months already, with its transition to the UK set to make it the Chinese firm’s largest offering, slotting above the recently launched 700CL-X Heritage.

Though it is based on a more dated platform, the advantage of CFMoto utilising its association with KTM means the 800MT is set to be considerably cheaper than many of its nearest rivals - including the KTM 890 Adventure R and sister Husqvarna Norden 901 - with a starting price of £9,500 (approx).

For this, buyers will receive a class-leading four-year warranty and be offered two years 0% APR finance incentive. 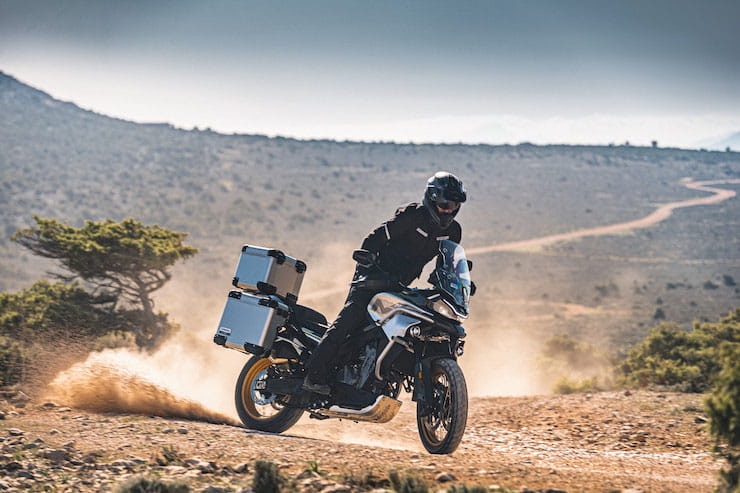 The 800MT will be available in two trim levels - Sport and Touring - which are easily distinguishable from one another, with the more road-based Sport coming with five-spoke wheels, while the Touring identified by its gold cross-spoke rims.

Despite the eye-catching price tag, CFMoto is promising excellent kit levels on both models, including three-piece aluminium luggage set, cruise control and a 7-inch colour TFT dashboard with Bluetooth connectivity.

Unlike the KTM, the CFMoto 800MT swaps out WP for KYB suspension plus J.Juan braking system, with the firm promising it will be able to handle itself in the rough stuff. 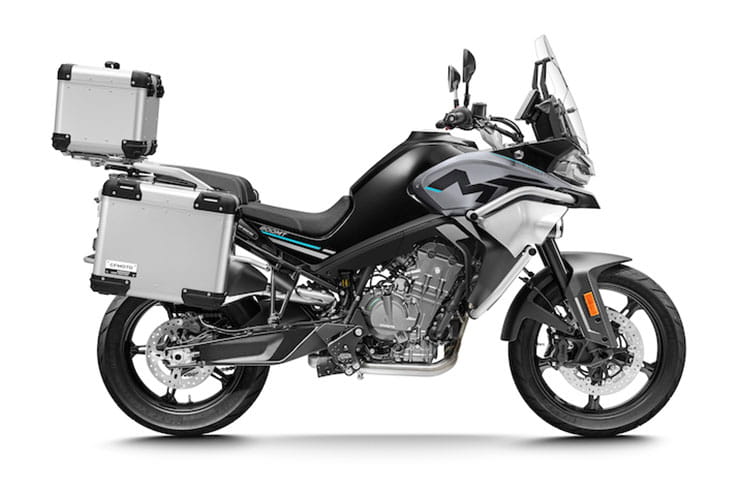 The 800MT is the latest addition to the CFMoto range as part of a push by the Chinese firm to break ground as a good value alternative to its mainstream rivals in Europe. To date, CFMoto has focused on mostly low capacity motorcycles, with the CFMoto 650GT its largest offering while it was marketed under the WK Bikes banner.

However, the switch back to CFMoto heralds a more dedicated push from the company, starting with the first of three variations on the 700CL-X platform, the neo-retro Heritage. A second model, the Sport, will be added in the coming months, plus also an Adventure model.