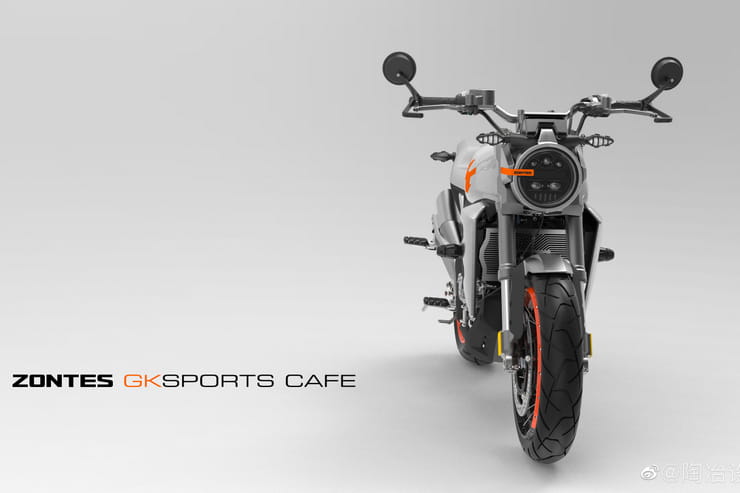 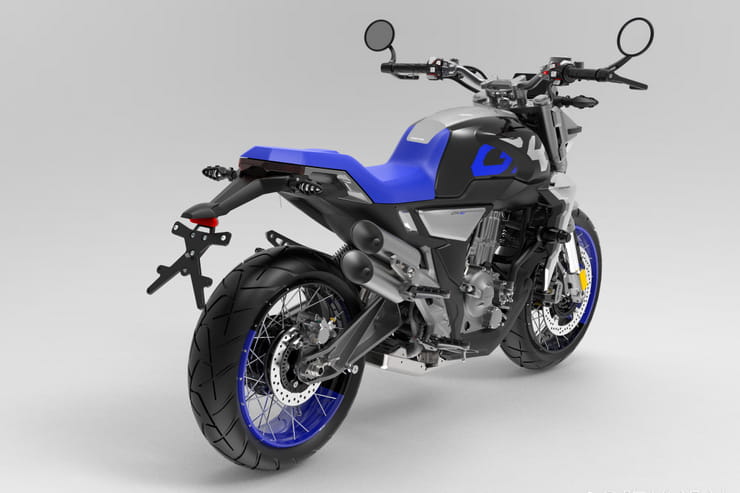 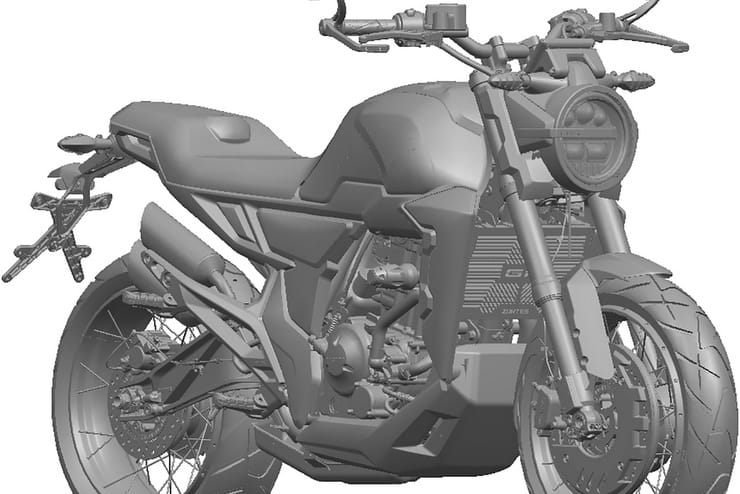 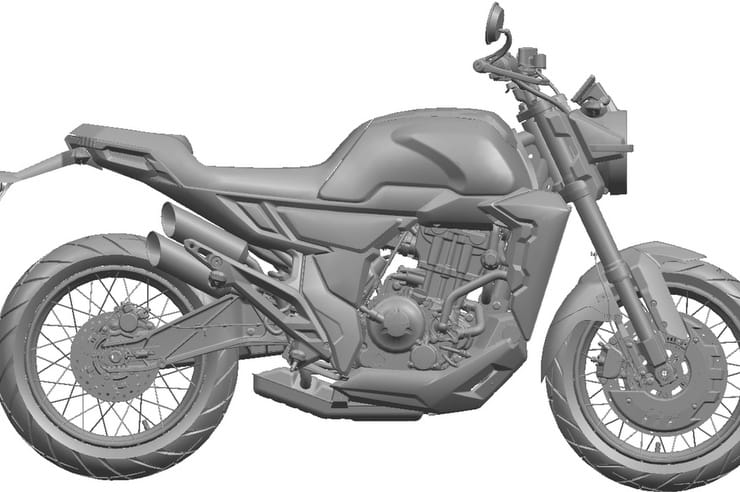 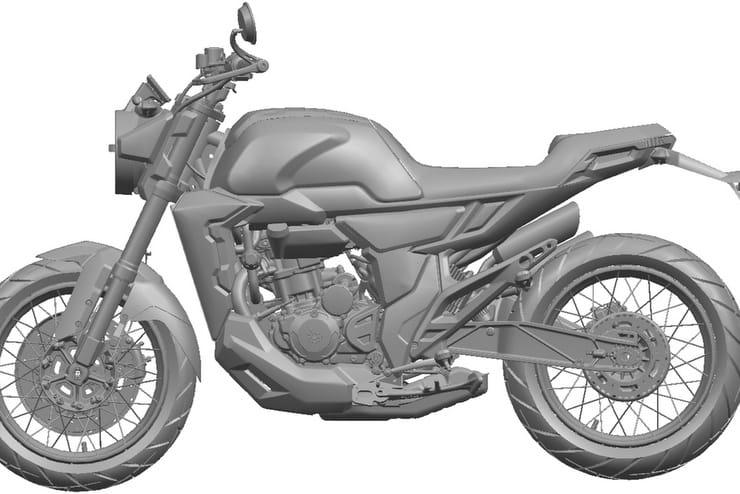 Zontes in China has confirmed that its new 350cc model range will be launched in two months’ time with a wide range of improvements beyond the bigger-capacity engine.

The range will be led by a new, retro-styled model – the ZT350-GK – but Chinese type-approval documents have also revealed that the firm’s existing ‘310’ models will also get the new engine and a range of other upgrades including improved brakes, wheels and suspension. 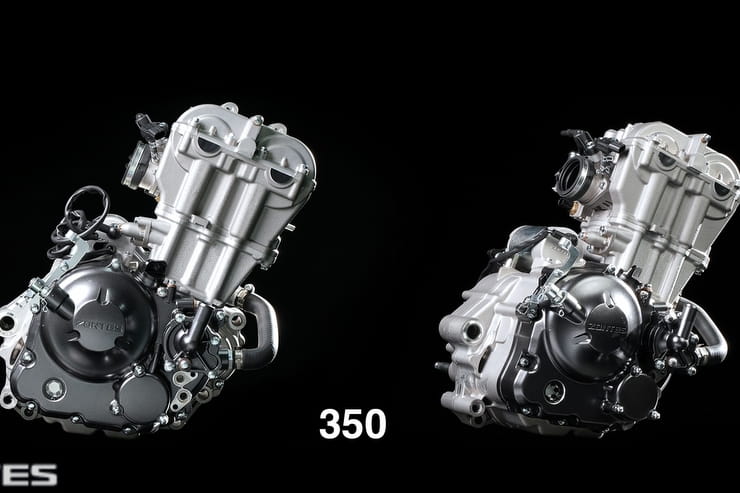 The new engine isn’t simply the old 312cc ‘310’ single with a few extra cubes. Zontes says the majority of parts are new, including the crank case, cylinder, cylinder head, starter motor and oil pump, with the intention of boosting power, torque and acceleration. Initially the firm intended to offer two variants: a 43hp model – matching the KTM 390 Duke on power – and a detuned 39hp version. However, the more powerful version has been shelved, with excessive vibration blamed, so the lower powered version with a reduced compression ratio will be fitted across the new 350 range. 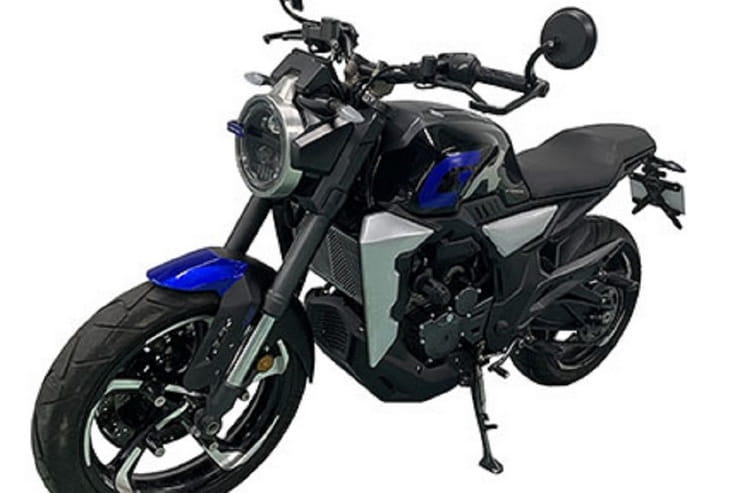 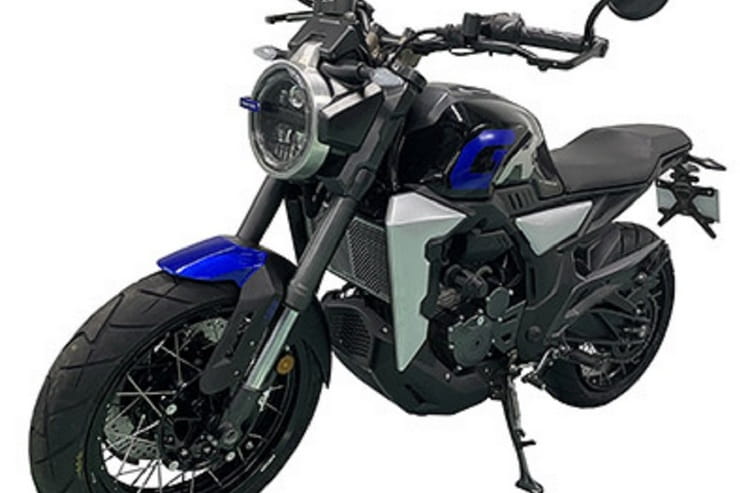 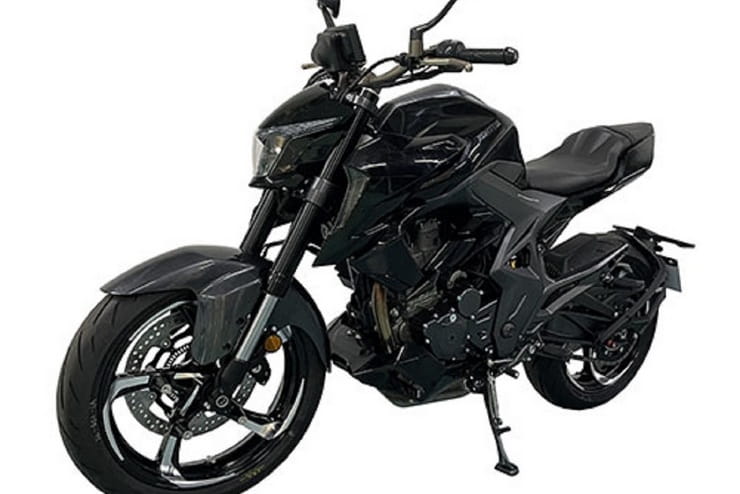 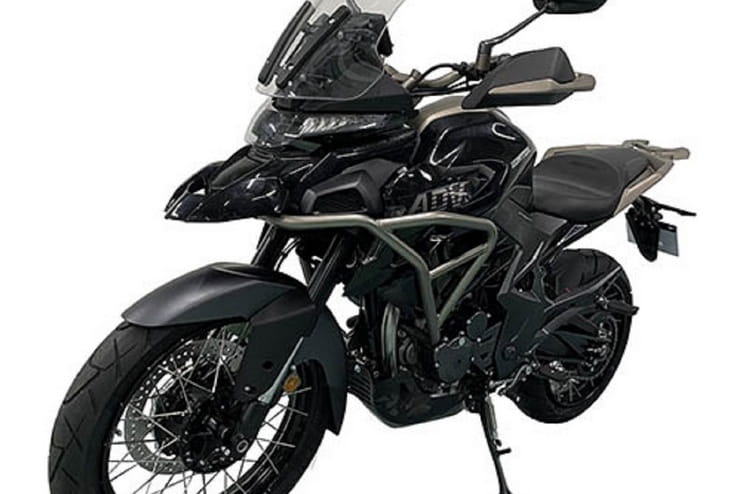 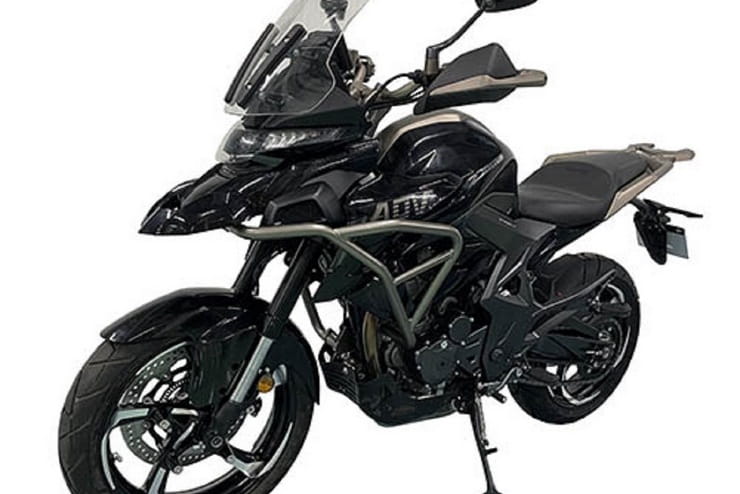 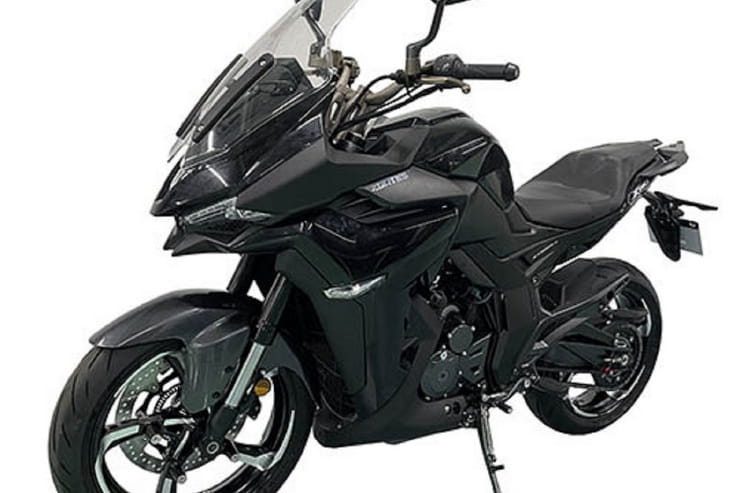 Zontes hasn’t officially shown its new 350s yet, but above you can see all of them in photos that accompanied the bikes’ type-approval documents.

Although the adventure-style ZT310-T is the only ‘310’ Zontes model currently sold in the UK, the firm offers a wide variety of machines based around the same chassis and engine elsewhere. These include the ZT310-R naked bike, the ZT310-X sports tourer, and the ZT310-V, a Ducati Diavel-style sports-cruiser. Most models are offered with either dual or single-sided swingarms, and all will be transformed into new ZT350 models later this year.

The new ZT350-GK has neo-retro styling reminiscent of the Husqvarna Svartpilen, and will be offered with either scrambler-style wire wheels or road-oriented cast alloys. 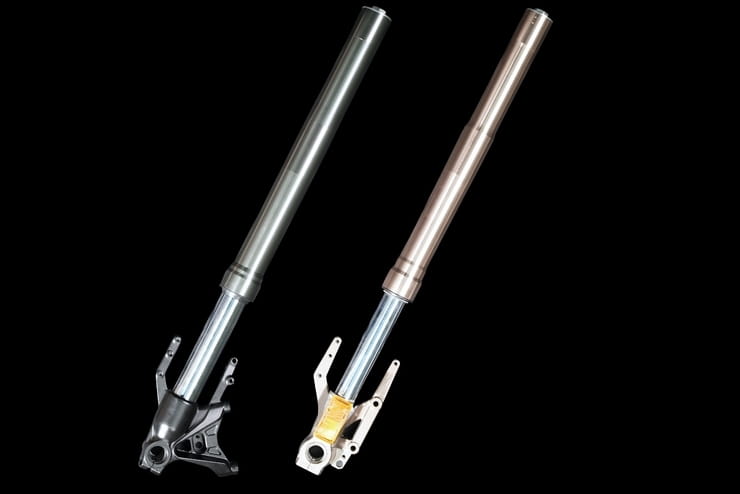 Engine aside, the changes include a new swingarm for the models with dual-sided arms, gaining a ‘banana’ shape to the right-hand arm to clear the exhaust, which has a new collector that’s 40% larger than before. It’s also thicker and stiffer than the old version to cope with the bigger engine’s extra performance.

The rear coil-over is new, too, with a 90mm spring instead of the previous 80mm version, and a 50mm shock, up from 42mm.

The new wheels mean a wider 120-section front tyre can be used, and the frame has been made stronger than before.

Finally, a 30% larger airbox helps the engine’s quest for more performance and is claimed to improve its sound as well. 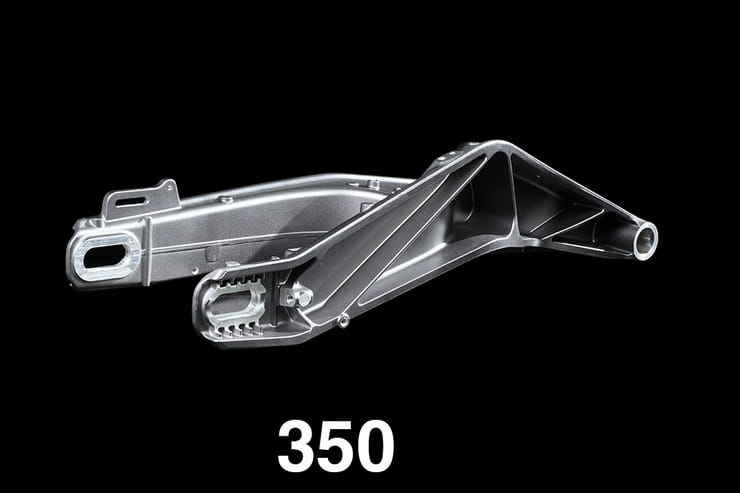 The new bikes are likely to be offered worldwide after their initial launch in China and should help Zontes in its quest to establish itself as a manufacturer, paving the way for the much more ambitious 650cc and 1000cc three-cylinder machines that the company has already confirmed to be under development. 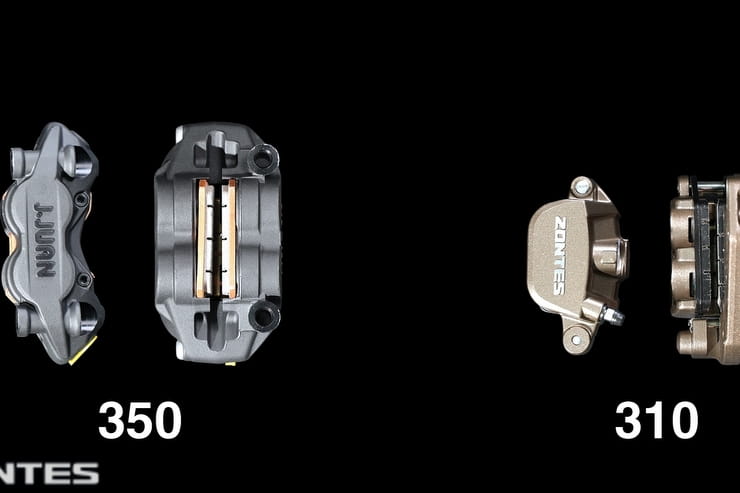