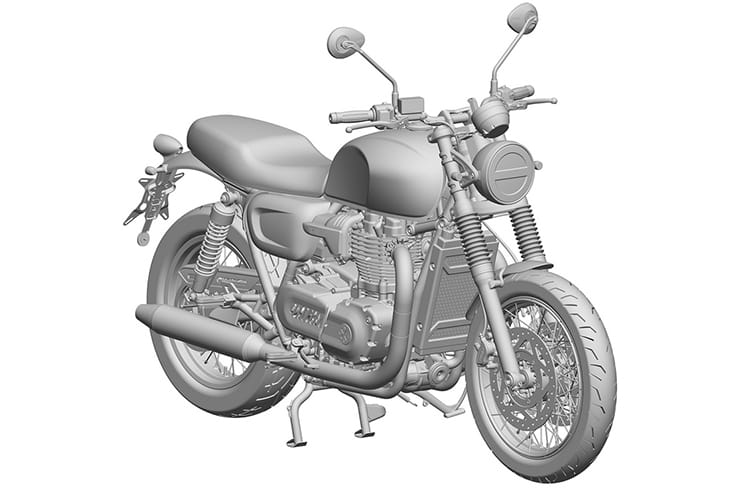 If you’re in the market for a modern bike that convincingly evokes the big British machines of the 1960s there’s currently one default choice that virtually every customer opts for: Triumph’s Bonneville.

The Bonnie dominates that particular slice of the market. In the first three months of this year alone, the Bonneville in various guises found 287 new customers in the UK, and that’s not including derivatives like the Scrambler, Street Scrambler, Speed Twin, Street Twin or Thruxton. It’s not the only option, but rivals like Kawasaki’s W800, which has similarly direct ties to a 60’s Brit bike, harking back to the licence-made BSA A7 that kicked off Kawasaki’s motorcycle-making history, just don’t cut through to buyers (just 21 W800s were registered in the UK in the first three months of this year). Norton’s Commando and derivatives have trickled to customers over the last decade or so, but their numbers are tiny and under its new TVS ownership the company has ditched the model from its range.

The contrasting fortunes of these superficially similar machines pose a conundrum for companies that might want a slice of Triumph’s retro bike success. The customers are there, but the Bonneville has become such a default choice (and for good reason, as it’s a great bike), that it’s hard to turn their heads to another brand. 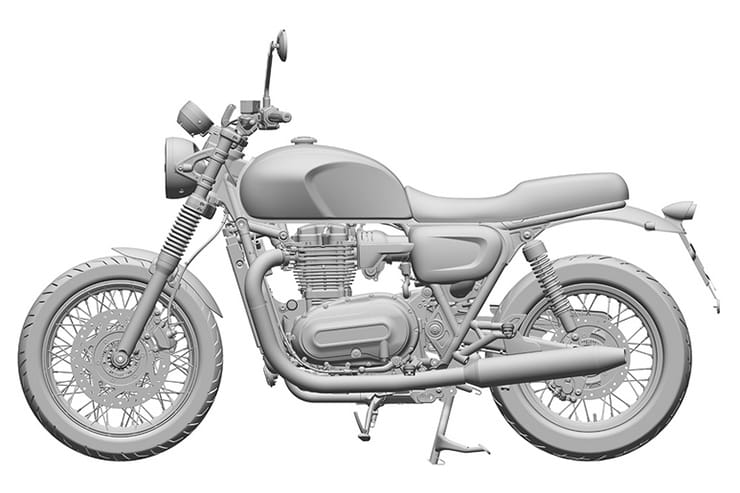 That brings us to this – Brixton’s new twin. We’ve seen it before, originally as a concept bike in 2019 and more recently in patents for the engine, but the latest set of patents show the entire production version of the bike in computer-modelled form and confirm key details including the Bonneville rivalling 1200cc capacity.

Although we’ve always believed the Brixton (which is codenamed ‘M31’) to have a Bonneville-rivalling 1200cc capacity, the firm has been coy about the bike’s specs, revealing virtually no details even when the concept was shown. Now the latest design patents leave no doubt that it really does have a 1200cc engine, as the bike has the number moulded into the side panels that cover the fuel injection system.

Like the Bonneville, the Brixton has a purpose-made engine that combines retro style with modern technology. Despite the distinct cooling fins, it’s actually a liquid-cooled design, with a tall, slim radiator mounted ahead of the frame’s down-tubes. The engine’s design, with splayed exhausts and what appears to be an SOHC cylinder head, is conceptually similar to the Bonneville’s, but not a straight copy – although it does borrow several ideas from Triumph. Notably, the bike’s exhaust system apes the Bonneville’s, with pipes that are cleverly styled to look like they go straight from cylinder head to silencer on each side but are actually diverted into an under-engine collector box and catalytic converter to meet the latest emissions rules without spoiling the aesthetics. 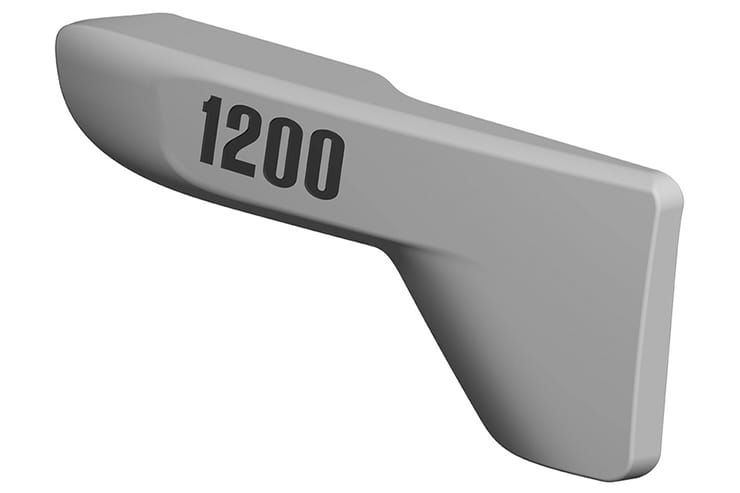 The bike’s frame is very similar to that of the Bonneville, although anything inspired by 1960s Brit bikes is likely to have much the same chassis layout and styling. Twin shocks, right-way-up forks with gaiters, a single, circular headlight – all the boxes are ticked when it comes to styling. However, regardless of the bike’s authentic appearance and engineering, the Brixton name doesn’t give the new machine any heritage to fall back on – and that might be a large stumbling block when it comes to persuading customers away from Triumph’s embrace.

Brixton might share its name with a district of London, but the company is neither British nor does it have genuine 1960s heritage. It’s part of the Austrian-owned KSR Group, which imports various brands to Europe and has its own design and styling centre in Austria. The bikes themselves are made in China by Gaokin, albeit to Brixton’s design and specifications.

Of course, modern Bonnevilles aren’t made in the UK either; Triumph’s three factories in Thailand do the heavy lifting when it comes to manufacturing, leaving the Hinckley operation to focus on design and building small runs of special ‘TFC’ bikes.

However, the Triumph name and decades of marketing to reinforce its essential Britishness means it represents this country’s motorcycle industry just as strongly as Ducati stands for Italy and Harley-Davidson for America (both have also followed Triumph’s lead by building factories in Thailand to cut manufacturing costs in recent years.) 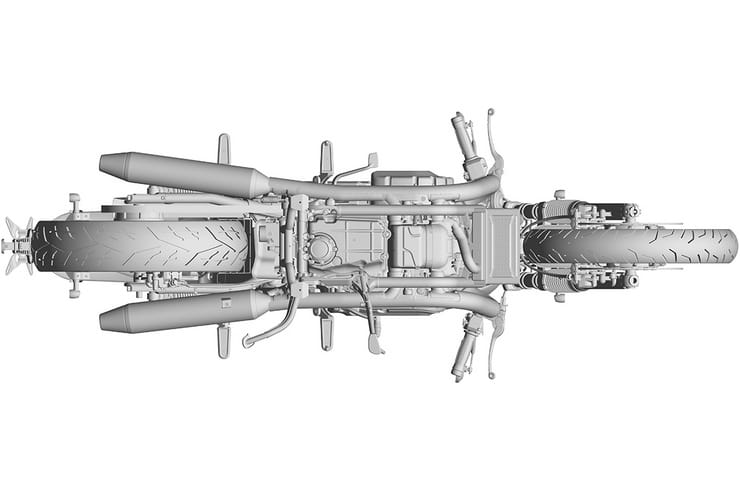 Whether Brixton’s new 1200 can cut through and steal a slice of the retro market will depend largely on price. Chinese manufacturing means it’s likely to be able to undercut the Thai-made Bonneville, but it mustn’t fall into any of the stereotypes of poor quality-control that are often associated with Chinese-made bikes.

Brixton’s new patents suggest the firm is putting a lot of focus on detail design to help avoid any accusations of cutting corners. Little things that make a difference in perception are scattered all over the machine, like the brand’s compass logo being embossed into components like the footrests, fuel filler and bar grips, while the brakes are name-brand Nissin units and parts like the headlight brackets are intricate alloy castings.

The Gaokin-made 1200 twin will also be among the biggest bike engines yet to emerge from China. Only CFMoto’s 1250 V-twin and Benelli’s 1200 triple, both launched recently, are in the same size class, and unlike the Gaokin/Brixton engine they’re both derived from existing European engines.

In the 1200cc class, there will be high demands from customers when it comes to the dealer network and parts backup. If Brixton can crack those nuts while undercutting rivals on price, the new bike looks like it has makings of a convincing machine.

It’s also likely to be just the first of several models built around the same main components. For instance, the pillion footpeg brackets are bolted to the frame rather than welded on, suggesting Brixton already has an eye on a single-seat, café-racer-style version.

Given the recent spate of patent applications, it’s likely that Brixton will show the final version of the 1200 later this year, with the aim of getting it into showrooms sometime in 2022.