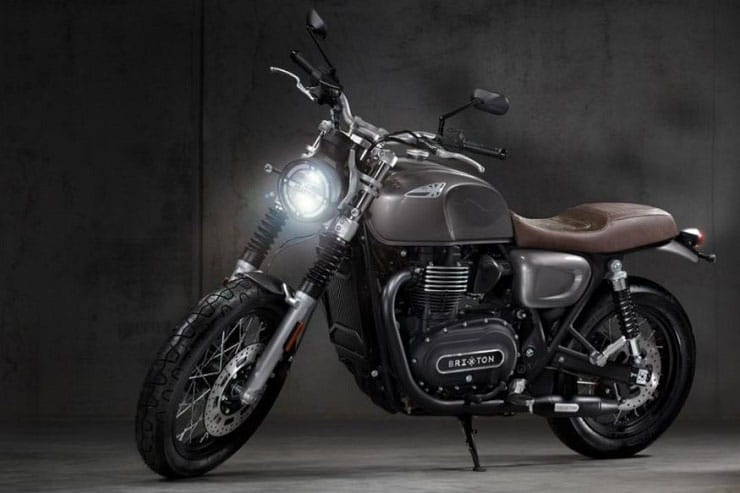 Back in 2019 Brixton revealed a large-capacity concept bike with Bonneville-rivalling styling and stance and now that machine has taken another step towards showrooms.

Brixton, which has its design offices in Austria but contracts Chinese firm Gaokin to manufacture its bikes, keeping costs down, confirmed last year that the large-capacity bike – believed to be close to the Bonneville’s 1200cc in size – will go into production. Now Gaokin has filed intellectual property documents about the engine, showing more detail that could be seen on the original concept bike. 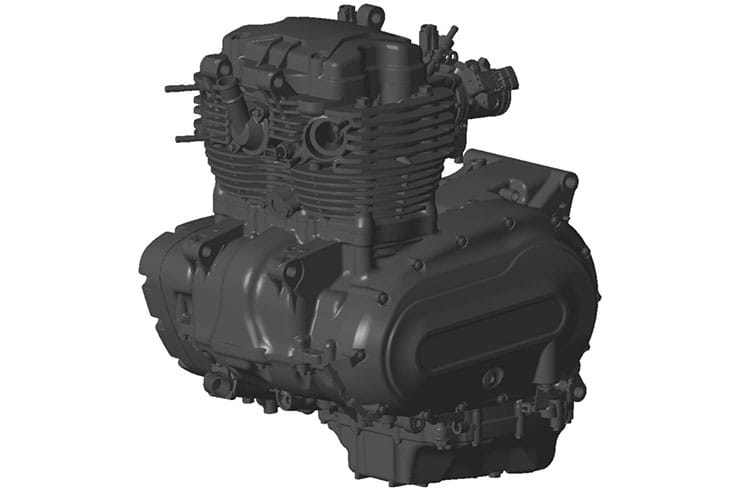 These images are intended to protect the external appearance of the engine and give a good look at a twin that follows in Triumph’s footsteps by giving a convincing appearance of air-cooling despite actually being a modern, water-cooled design.

The only clues to the fact that it’s actually a liquid-cooled engine are the water inlet and outlet pipes – one emerging upwards from the front of the cylinder head, the other at the base of the engine case.

Although we don’t get a look inside the engine, it appears that the design follows the same pattern as Triumph’s Bonneville twin, with a single overhead cam set into the head and acting on rockers above it to actuate the valves. 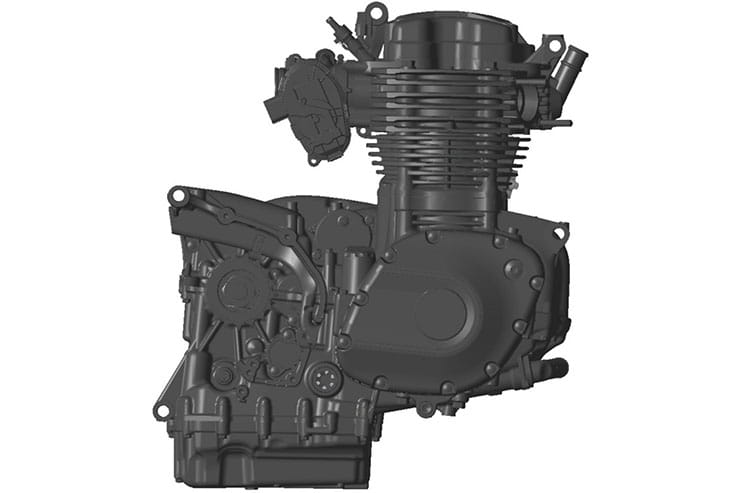 Unlike the Bonneville, there’s no attempt to disguise the fuel injection system as carbs. The Brixton concept bike used covers to hide the intakes, but here we can see there’s a ride-by-wire throttle setup, with each throttle body having its own actuator and electrical connections.

Fuel injectors, one for each cylinder, are conventionally mounted in the intake, just behind the throttle butterflies, and the exhaust ports are angled outwards to give the classic, splayed-out header pipes associated with 60s Brit twins. 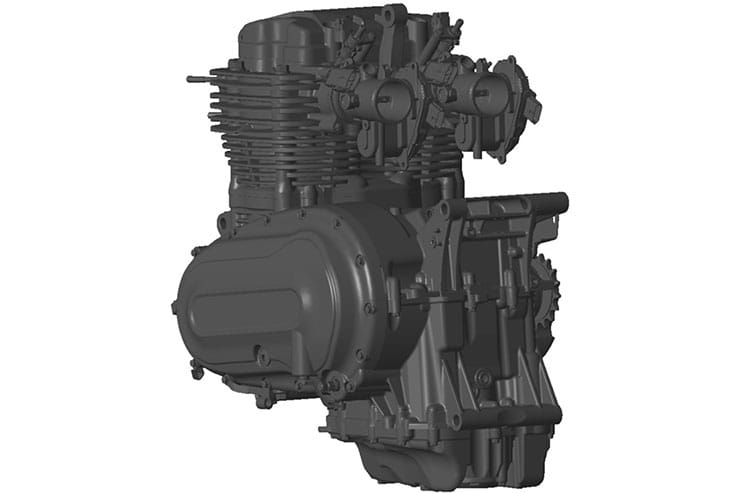 Although the main Gaokin IP documents don’t carry the Brixton name, a subsidiary set of images shows the left-hand engine cover, complete with the Brixton logo proudly in place, with the firm’s compass-inspired logo in the centre.

While the pandemic has largely nixed any opportunity for motorcycle shows to take place since the original concept was shown in late 2019, the bike’s development is still clearly carrying on – so we wouldn’t be surprised to see a production version of the bike emerge later this year. 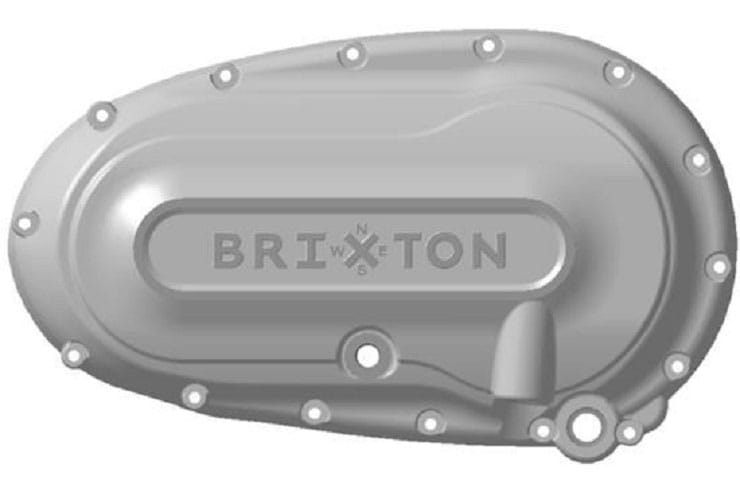