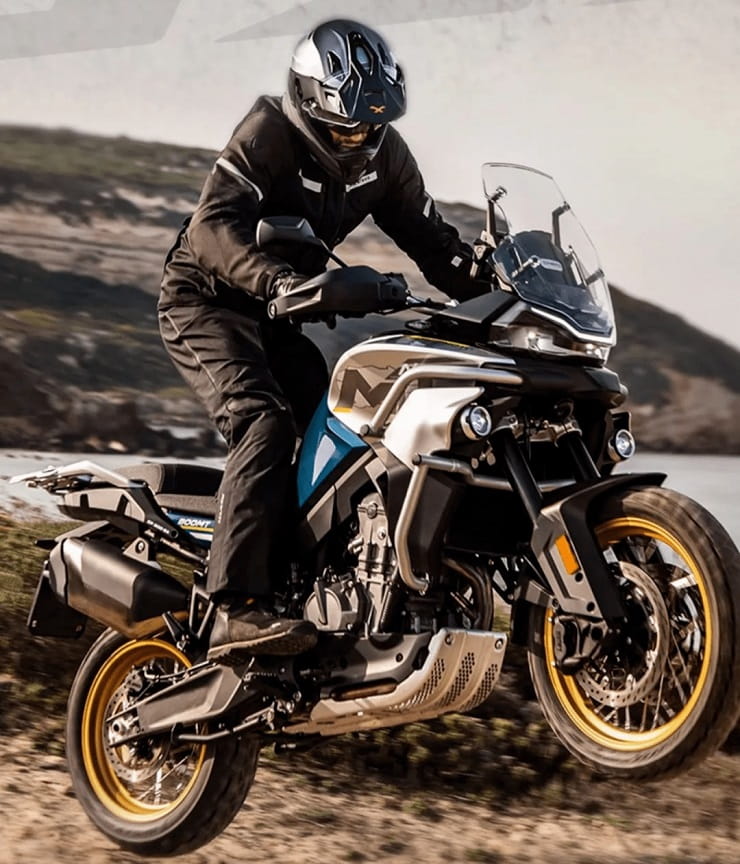 We’ve been following the story of CFMoto’s 800MT adventure bike for more than a year and now it’s finally been given an official unveiling in China that confirms its position as the most high-tech motorcycle yet to come from the country.

The bike is the first production-ready fruit of CFMoto’s ever-increasing ties with KTM. CFMoto is already contracted to manufacture the Austrian firm’s single and twin-cylinder engines and this year it has started to manufacture complete Chinese-made versions of the 790 Duke and 790 Adventure. The planned CF1250 touring bike is developed around a purpose-maded derivative of KTM’s big LC8 V-twin engine, and the 800MT, which is just reaching production, uses the 799cc KTM LC8c ‘790’ parallel twin straight from the 790 Duke and Adventure.

In CFMoto form, the engine makes 70kW and 77Nm of torque (that’s 94bhp and 57lbft), and it’s mounted in a distinctly KTM-ish tubular steel frame. We previously revealed the type-approval documents that confirmed the bike’s weight at 231kg for the base version and 248kg when fitted with aluminium luggage, but what those documents didn’t tell us was how much technology would be fitted to the 800MT. 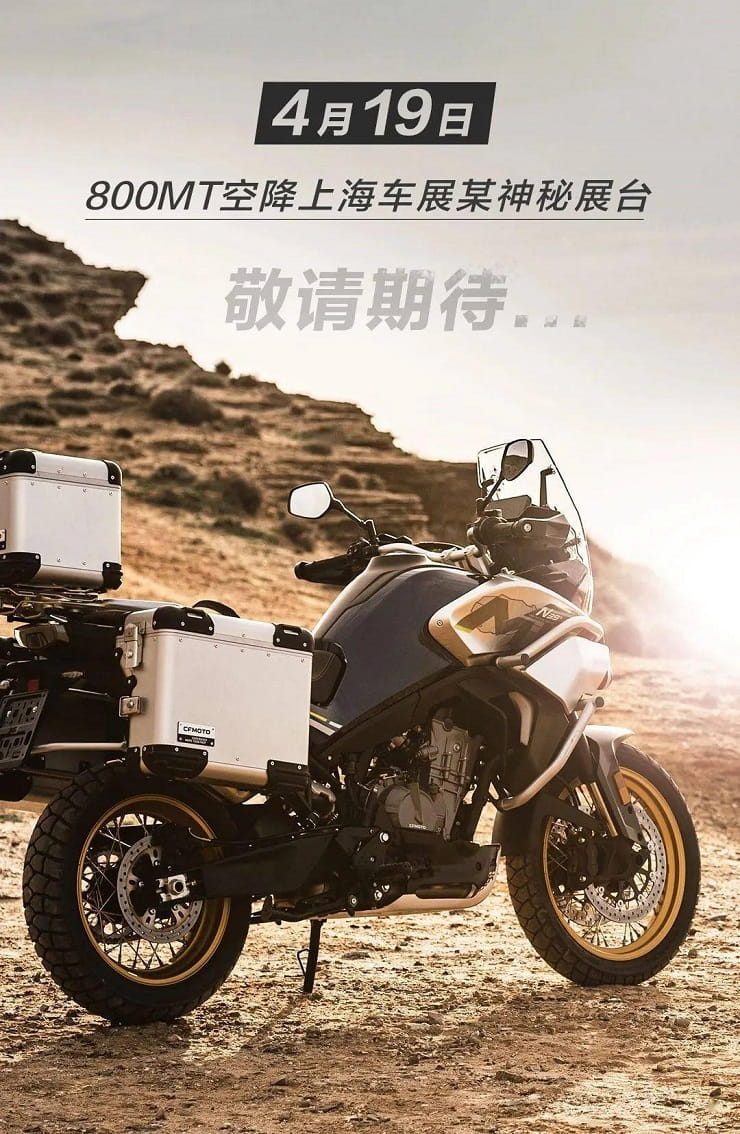 CFMoto has thrown everything at the 800MT, including cornering ABS and traction control. It’s the familiar Bosch kit, as used on dozens of Japanese and European bikes, but manufactured at Bosch’s Chinese factory.

Other technology includes ride-by-wire – inevitable, given the KTM-derived engine – and multiple riding modes, along with cruise control, heated grips and a heated seat, sat-nav built into the 7in colour display. There’s also keyless ignition and, unusually, an automatic high-beam function for the headlights.

On the mechanical side of things, the suspension comes from KYB and the brakes (radial four-pot calipers at the front) are J.Juan kit. Those are something of a surprise, given the CFMoto-made KTM models use WP and Brembo parts.

The bike is getting its first public showing at the Shanghai Auto Show this week, but it’s still likely to be a while before we hear more about the firm’s plans to export the model to Europe. It’s very likely to reach these shores eventually, but it’s unlikely to be here before the 2022 or even 2023 model ranges are launched.

Two versions are being shown – one with wire wheels, the other a more road-oriented bike with cast alloys – but CFMoto isn’t telling anyone the pricing yet. The Chinese press speculates that it will be between 50,000 and 70,000 Yuan (£5500 and £7750), but that’s not a reliable guide to pricing when it reaches Europe. Duties, shipping and distribution costs will inevitably add a significant premium to export versions of the bike.