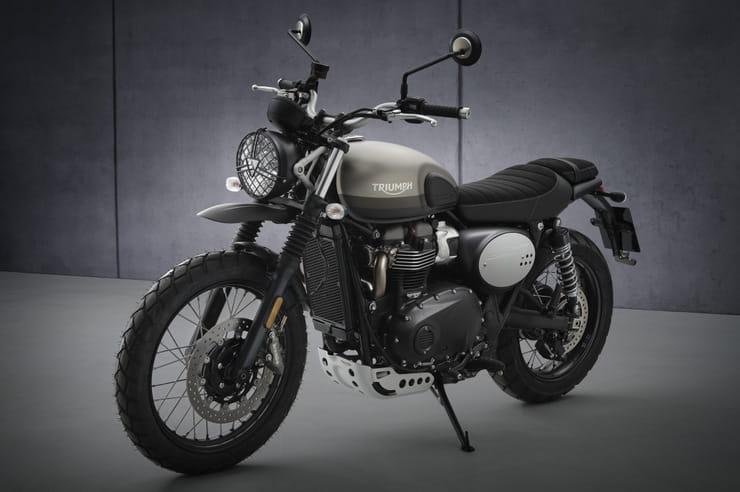 Just a week after unveiling its revamped Scrambler 1200 models Triumph has revealed the 2021-spec 900cc Street Scrambler range including a new Sandstorm Edition.

In line with other members of the Bonneville family, the 2021 Street Scrambler gets modifications to meet Euro 5 emissions limits, but Triumph has also taken the opportunity to apply visual improvements to a bike that’s proved remarkably popular since its launch in 2017. More than 13,700 Street Scramblers have found buyers since then, with the model’s customisability clearly forming a large part of the appeal, with 120 optional accessories on offer and some 80% of customers opting to add extras when placing their order. 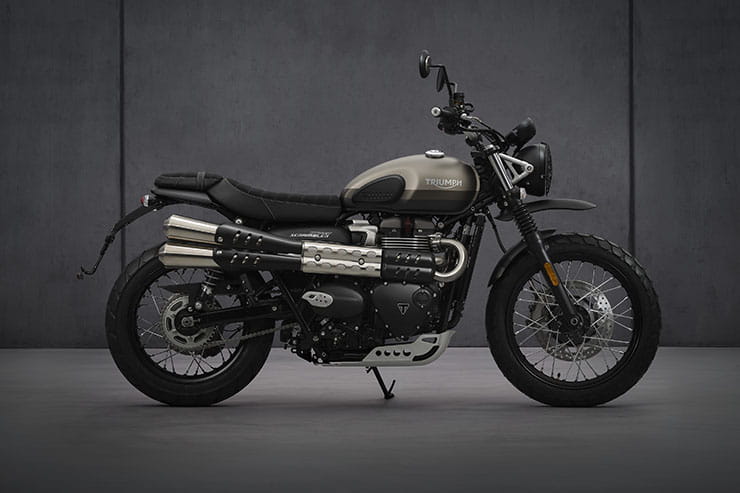 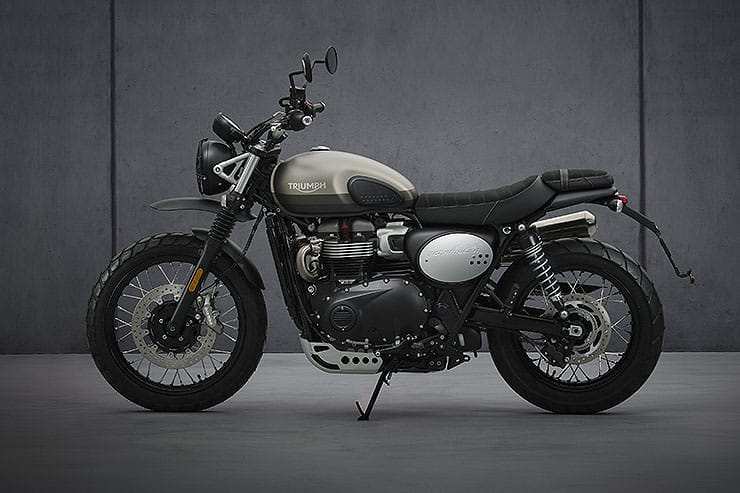 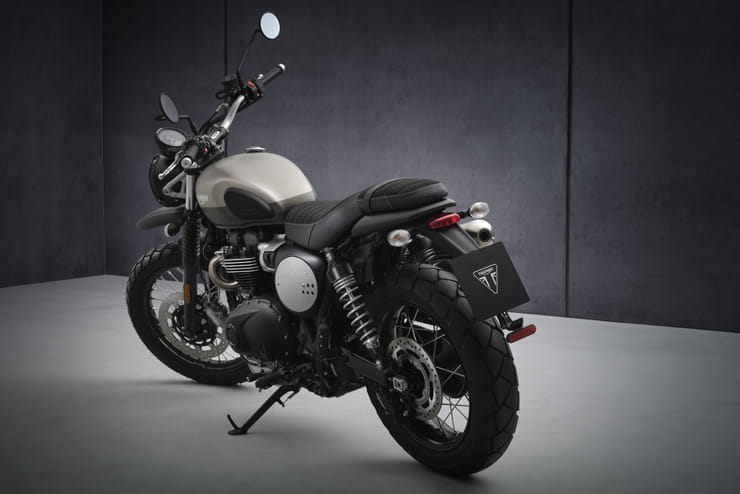 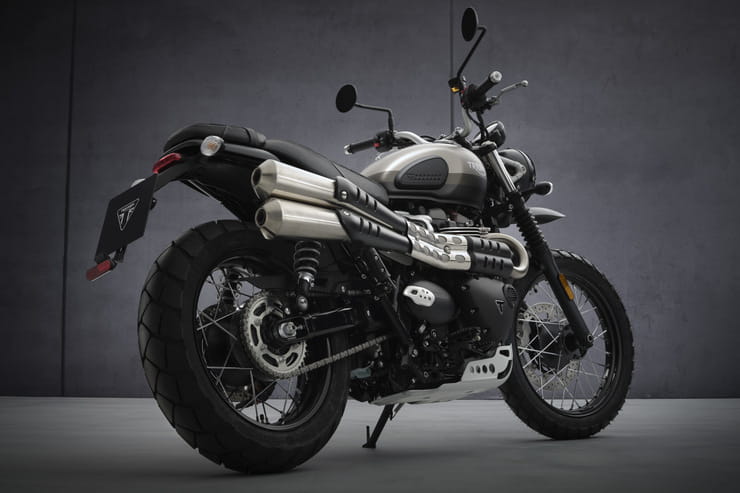 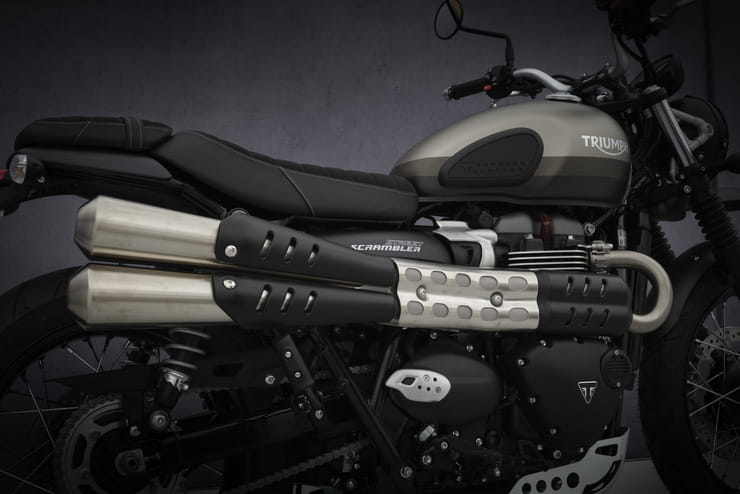 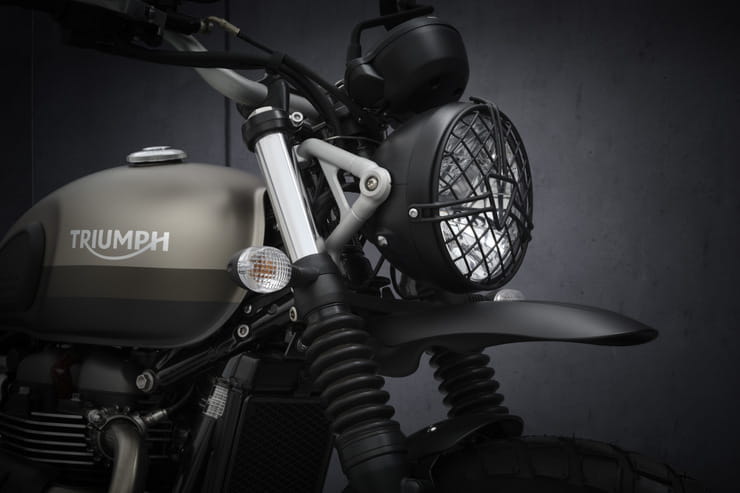 That suggests the new Sandstorm Edition, which is limited to 775 examples worldwide and comes complete with an array of extras and a unique three-tone paint scheme, will be a popular choice. And since it only carries a £600 price penalty, barely covering the cost of its add-ons, let alone its limited-edition status, the Sandstorm is likely to sell fast.

In total, the Sandstorm comes in at £9900, compared to an unchanged £9300 for the base Street Scrambler. For that, you get the addition of a high front mudguard, a tail tidy, a brushed alloy sump guard, a new headlight bezel and black grille, plus the reinstatement of rubber kneepads on the tank – something that’s been removed from the base Street Scrambler for 2021. 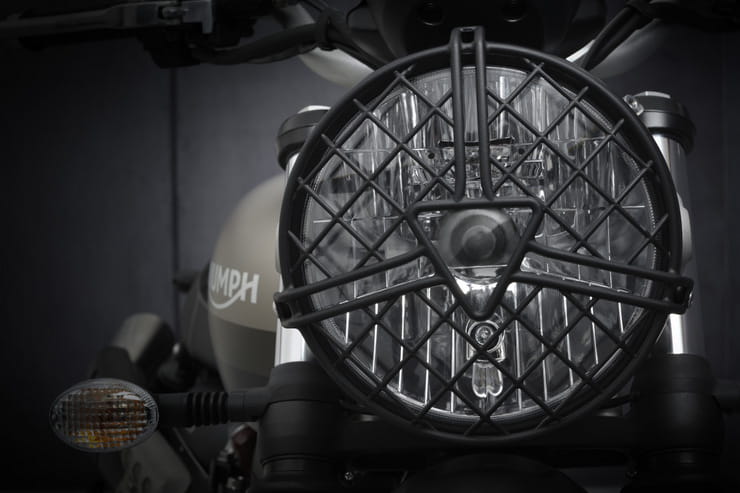 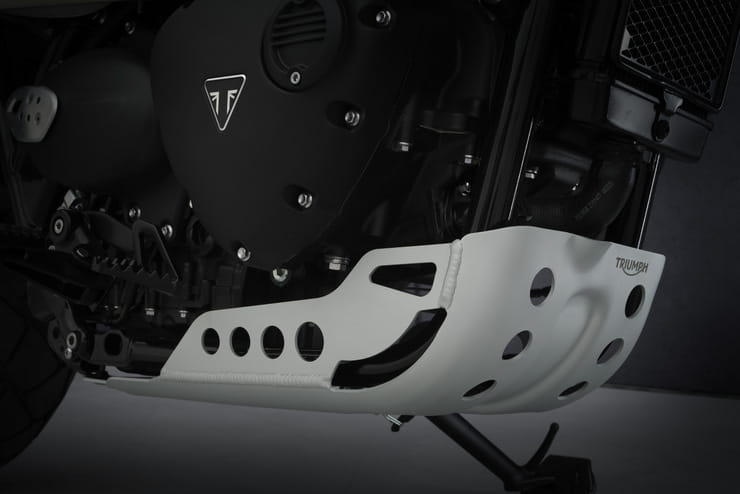 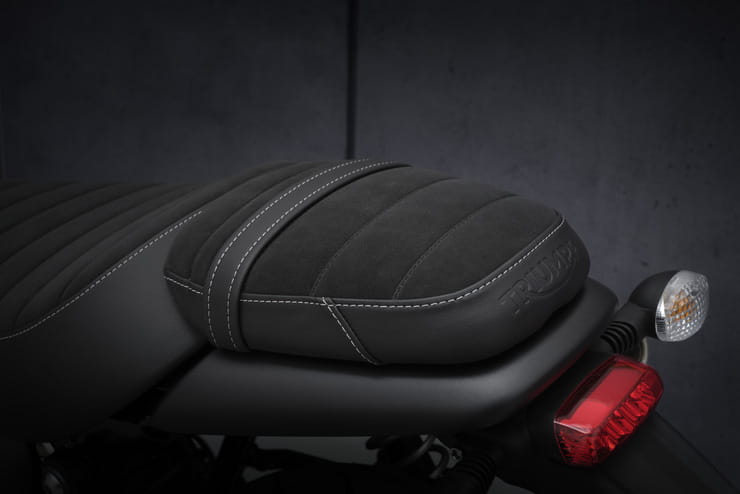 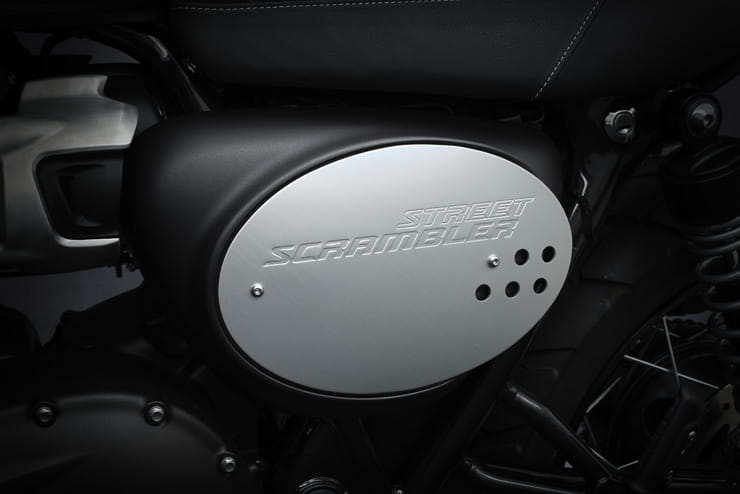 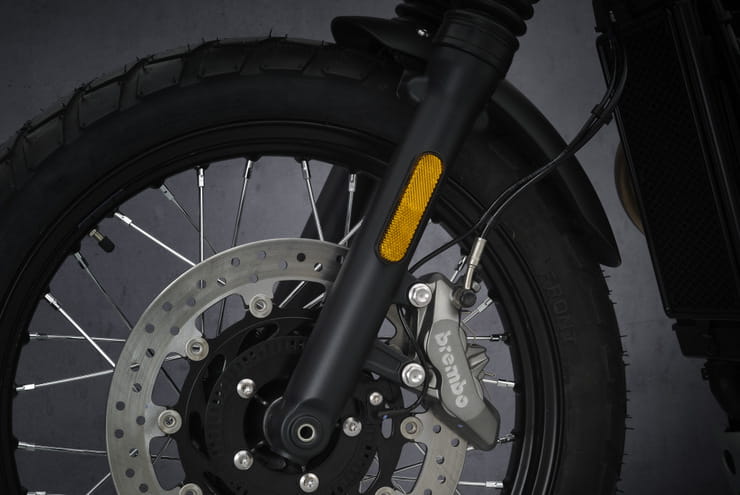 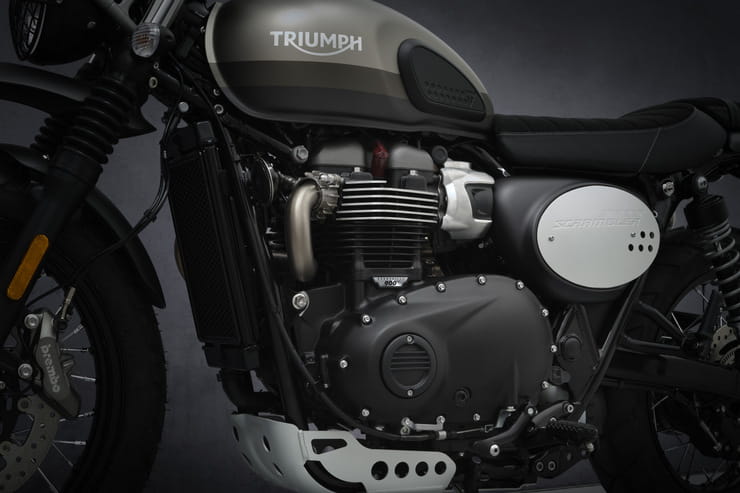 Whether you get the Sandstorm or the normal Street Scrambler, the 2021 models have updates to meet Euro 5 emissions limits, including a new catalytic converter and a secondary air injection system. These parts add 3kg to the bikes, bringing the wet weight to 223kg, but they don’t sap any power. The updated engine, which also has revised mapping to suit its other changes, still makes 64.1bhp (65PS) – now at 7250rpm instead of 7000rpm – and 59lbft of torque at a lowly 3250rpm, a mere 50rpm higher than last year’s version peaked.

In short, you won’t notice the performance difference between the 2020 and 2021 models. What you will spot are the visual updates for this year. They’re particularly noticeable from the left of the bike, where there’s a new aluminium number board on the side panel, complete with an embossed Street Scrambler logo. The covers over the throttle bodies are new, too, and so are the aluminium headlight brackets. From the other side, you might notice a new heel guard, and there’s a change to the seat material to make it more upmarket.

In base form the rubber kneepads that were standard in the past have been removed, giving a cleaner look to the tank and its new 2021 colour schemes of jet black, urban grey or matt khaki. The pads are still available as an optional extra if you want them, though. 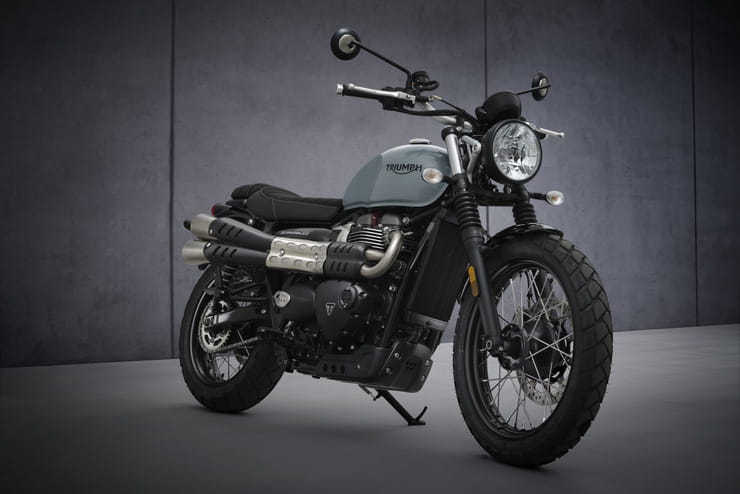 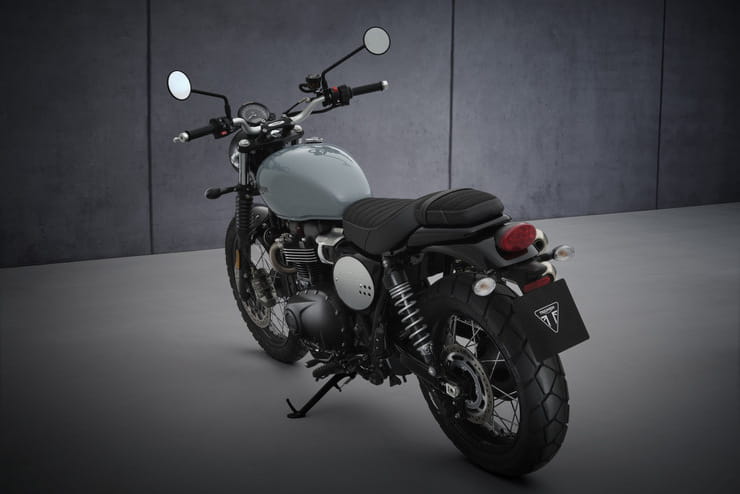 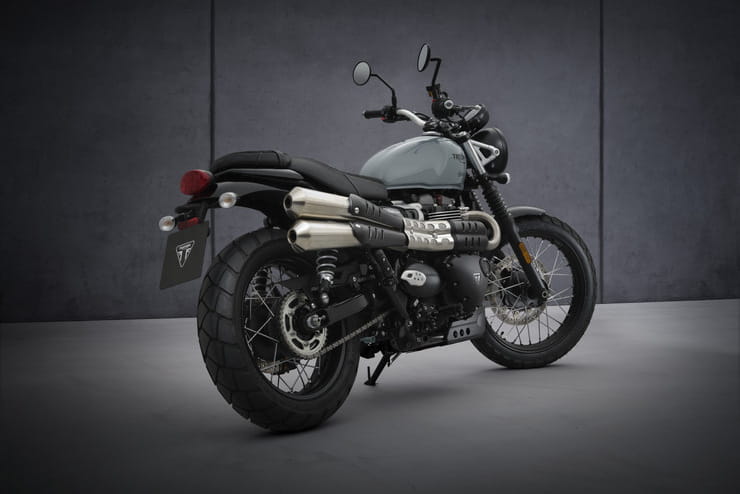 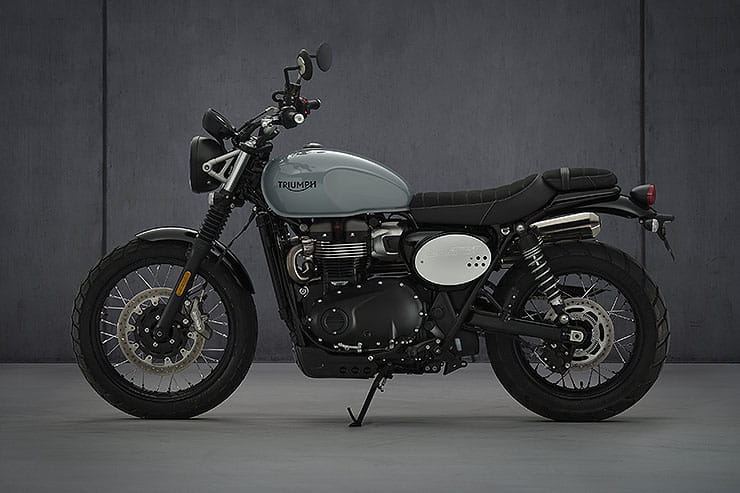 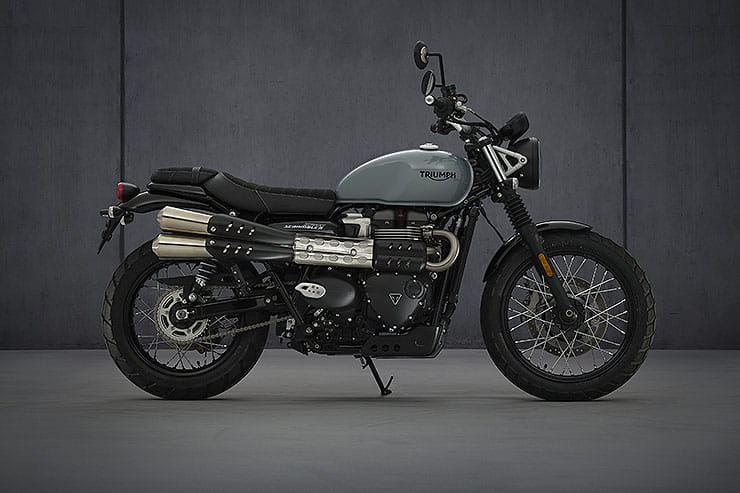 In terms of chassis spec, there’s no change to the main components including the suspension, frame, wheels, and brakes. That means you still have a steel frame with simple 41mm forks and twin shocks that are adjustable only for preload. There’s just one front brake disc, with a Brembo four-pot caliper, and the spoked wheels are traditional designs that mean you still need innertubes under the 100/90-19 front and 150/70-17 rear tyres.

You don’t get the sort of colour TFT instruments that are proliferating elsewhere – the Street Scrambler sticks to a simple analogue speedo with a small inset LCD screen for other information. There are three riding modes, though, and of course ABS and traction control are standard – switchable so they can be turned off when you’re away from the Tarmac.

As a back-to-basics bike with the high-end appeal of the Triumph brand and retro looks, the Street Scrambler’s formula – like the Bonneville Scrambler that preceded it – has proved enduringly appealing. The changes for 2021 are only likely to boost that appeal. 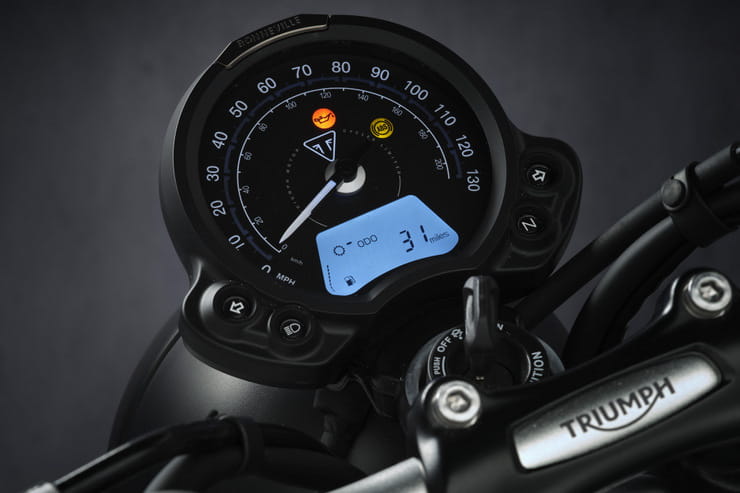