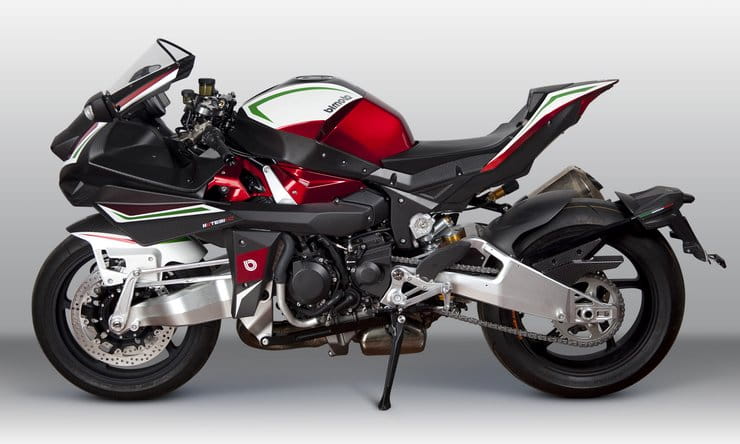 Bargain-hunters aren’t likely to be shopping at Bimota but those with money to spare will be pleased to hear that the firm has finally announced the full specifications and price of its hub-steered, supercharged Tesi H2.

Not long ago, that might not have seemed unreasonable. After all, this is a limited-production, supercharged superbike, making 228hp (170kW) or 238hp (178kW) once ram-air is accounted for. But apart from its hub-steered chassis the Tesi’s specs are virtually identical to those for the £26,000 Kawasaki Ninja H2 that donates its engine. So depending on your perspective, either the Kawasaki is a storming bargain or the Bimota is very, very costly. 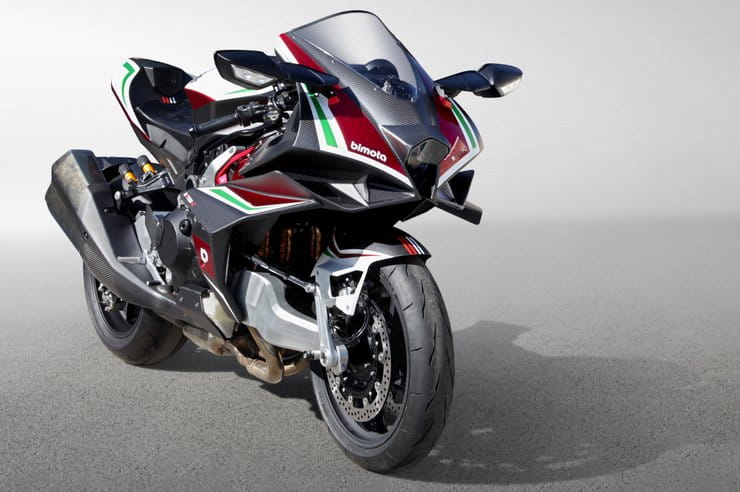 While the Bimota’s full specs have only just been announced, we got sight of them way back in February. The new announcement confirms the figures we had then and adds a few more details.

The only surprise is that Bimota is claiming a dry weight of 207kg. A bike’s wet weight including a tank of fuel is normally around 20-25kg more than its dry mass, suggesting the Tesi would come in at around 227-232kg. In comparison, a Kawasaki Ninja H2’s wet weight, ready to ride, is 238kg.

Our earlier figures, which came from the Tesi’s official type-approval documents, put the wet weight at 214kg, which is more in line with what we’d expect from a bike with the Tesi’s exotic construction and carbon bodywork.

All the other dimensions are within a few mm of the Kawasaki H2’s, with identical width, 11mm less length, a 10mm shorter wheelbase and 30mm more height. Only the hub-centre steering provides a big change, with a super-steep rake of 21.3 degrees and a long, 117mm trail, compared to more conventional 24.5 degree and 103mm figures for the Kawasaki. 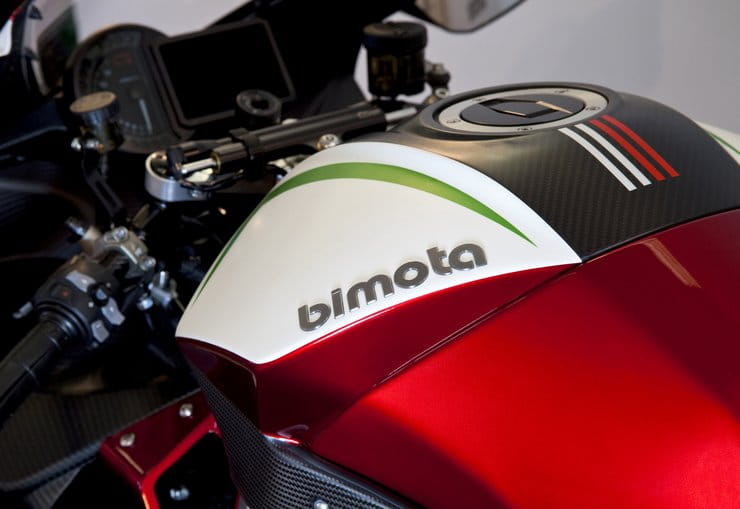 As well as the price and specs, Bimota has released a handful of pictures of the bike in production form, revealing a change in graphics compared to last year’s show model and a few tweaks in terms of the finishes on components. However, the overall look hasn’t changed much.

To work out whether it’s worth forking out the extra £34k for the Tesi H2 over a Ninja H2, here’s a full spec comparison of the two models: