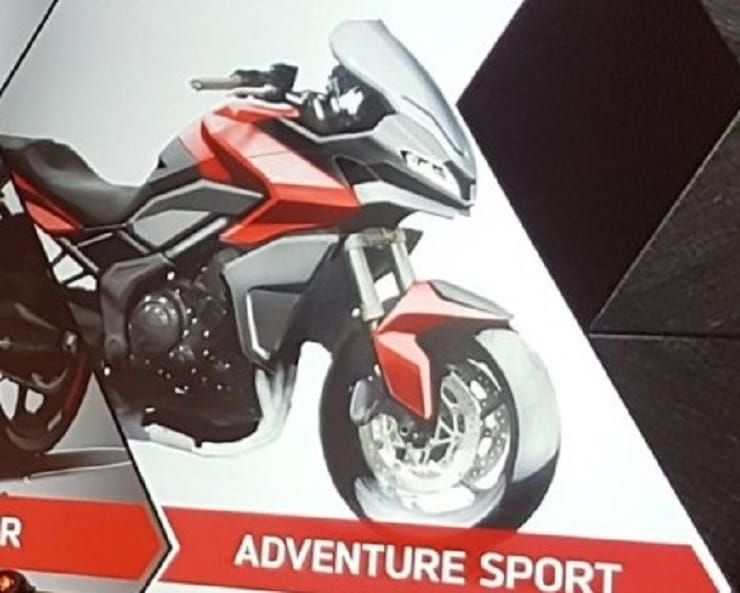 Triumph might be busy publicising the entry-level Trident at the moment but the firm has plenty more coming for 2021 including a ‘Tiger 850 Sport’ based on the existing Tiger 900.

We already know that the Hinckley firm has a host of new machines under development including a new 1160cc triple to power completely new Speed Triple and Tiger 1200 models, but the Tiger 850 Sport is a new one on us. Its existence has been revealed thanks to new US emissions documents, which list it as a 2021 model.

In terms of specs, all we get from the document are details of the engine – which is identical to that of the Tiger 900. That means it’s got 93.9hp on tap at 8750rpm and 64lbft at 7250rpm, with an actual capacity of 888cc. Why has Triumph opted to call the bike an ‘850’ instead of another Tiger 900? That’s probably to give a tie-in to the existing 1050 Tiger Sport and to distance the bike from the off-road-oriented Tiger 900 that it shares its engine with.

In terms of style and stance, we can look to the existing 1050 Tiger Sport to get a clue as to what the Tiger 850 Sport will be like. That means a road-only, sports-oriented bike with a high-rise stance and comfortable riding position.

As such, BMW’s F900XR is likely to be the Tiger 850 Sport’s closest competitor, sharing a similar stance. Whether the upcoming new 1160cc triple from the next-gen Speed Triple and Tiger 1200 also makes it into a ‘Tiger Sport’ model – rivalling the BMW S1000XR – remains to be seen, but it makes a lot of sense. 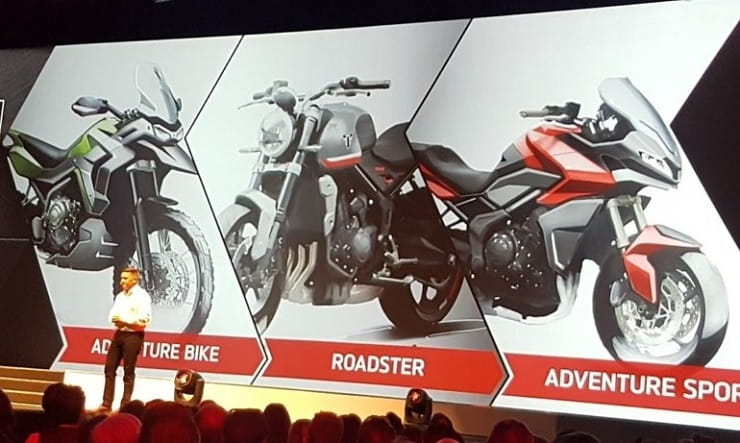 The Tiger 850 Sport might not be the only new ‘Tiger Sport’ model, either. The image above from a recent Triumph dealer meeting shows a drawing that appears to depict an entry-level Tiger Sport, using the same 660cc triple that will debut in the Trident.

Fitted in a simple, steel frame, and with relatively basic suspension and brakes – no radial calipers on sight here – such a model would work as a cheap way in to the range.

The same picture also shows a new Tiger model (left) that doesn’t match the existing Tiger 900 or the forthcoming Tiger 1200 replacement. Since it’s presented alongside the Trident (centre) and the three models are simply marked as ‘adventure bike’, ‘roadster’ and ‘adventure sport’ the implication is that all three are part of a new entry-level range based around the 660cc engine developed for the Trident.