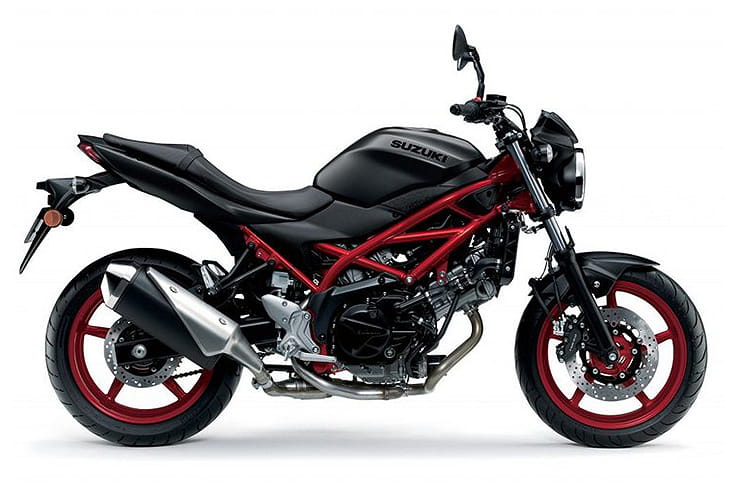 Suzuki’s SV650 has been a go-to middleweight machine for decades now and despite making its debut back in 1998 before even ‘Euro 1’ emissions standards were in place the bike will live on into 2021 with tweaks to meet the latest Euro 5 rules.

While it’s now been confirmed that bikes with Euro 4-spec emissions will be allowed to remain on sale for up to two more years under ‘end of series’ rules, manufacturers have been scrambling to bring their existing models up to Euro 5 standards and as a result the 2021 Suzuki SV650 looks set to get a series of tweaks that will make it cleaner and quieter.

We haven’t seen the 2021 SV650 yet, we have caught sight of the homologation documents for the bike that reveal tiny changes in spec in response to emissions rules. There’s no indication of big changes to either the engine or the chassis, with no changes to the bike’s wheelbase, length or height, and the same 645cc V-twin. As a result, the chances are that the 2021 model will look near-identical to the 2020 version.

However there are mechanical updates to meet the latest emissions rules and they appear to be focussed on the exhaust and the engine’s state of tune.

The 2021 specs that we’ve seen reveal that the new SV650 loses around three horsepower while gaining a couple of kilogrammes in mass. Simultaneously, its maximum noise level drops by two decibels – a clear indication that there’s more silencing, probably courtesy of a heftier catalytic converter needed to bring emissions down to Euro 5 levels.

Suzuki’s similarly-engined V-Strom 650 will also get Euro 5 certification, but since it’s already in a slightly lower state of tune – with 70hp (71PS/52kW) – there’s no change in power or weight for the 2021 version. There is a 1dB change in peak noise level, though, suggesting a small tweak to the V-Strom’s exhaust next year.

If you’re not bothered about waiting for next year’s models, Suzuki is currently offering a ‘£1 per cc’ price cut deal on new bikes, reducing prices by up to £1000 during the autumn. That means the SV650 is now £650 cheaper, at £5649. That’s only £1410 more than the first-generation version of the bike cost 21 years ago. Taking inflation into account that means a 2020 SV650 is equivalent to being around £2000 cheaper than the original.