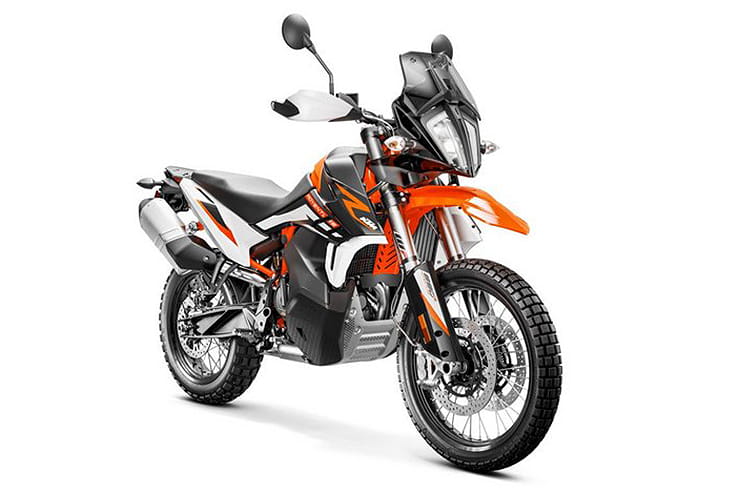 KTM’s parallel-twin 790 Adventure was only launched two years ago but for 2021 the two higher-tier versions of the bike are being revamped and gaining KTM’s bigger ‘890’ engine.

As well as adding performance, the bigger engine meets Euro 5 emissions limits and, unusually, KTM says that its 10% increase in rotating mass – thanks to a heavier crankshaft – is a benefit, improving the bike’s torque delivery and rideability, particularly at low revs.

The gearbox is also updated, with a tougher clutch to cope with the extra torque and a smoother, easier shift to give quicker gearchanges. An updated quickshifter – optional on the Adventure R, standard on the Rally – makes the most of it.

On the electronics side, the ABS and traction control are both improved 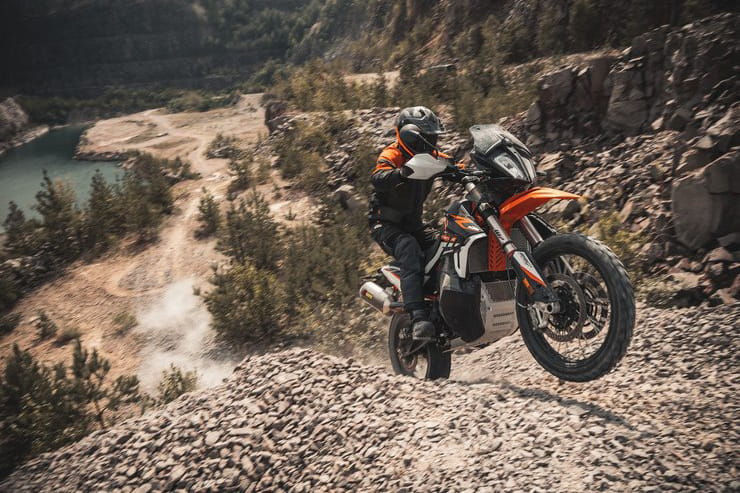 KTM hasn’t messed with the appearance of the 890 Adventure R and 890 Adventure R Rally; both machines are visually identical to their predecessors and share most of the same chassis components. But there are some significant changes under the skin.

Both models get an aluminium steering stem instead of a steel one, reducing weight, and a lighter subframe than before. On the 890 Adventure R, the WP XPLOR front and rear suspension’s settings have been updated compared to the old 790 Adventure R’s, while the Rally gains WP’s XPLOR Pro Components suspension at both ends.

Other elements to set aside the Rally include an Akrapovic exhaust that’s 35% lighter than the stock pipe, a 910mm tall, flat seat, anodised wheel rims with tubed tyres, a ‘RALLY’ mode for the engine, the improved quickshifter as standard, rally footpegs and its own look including different graphics, carbon tank protectors, and additional, clear wind deflectors on the nose. 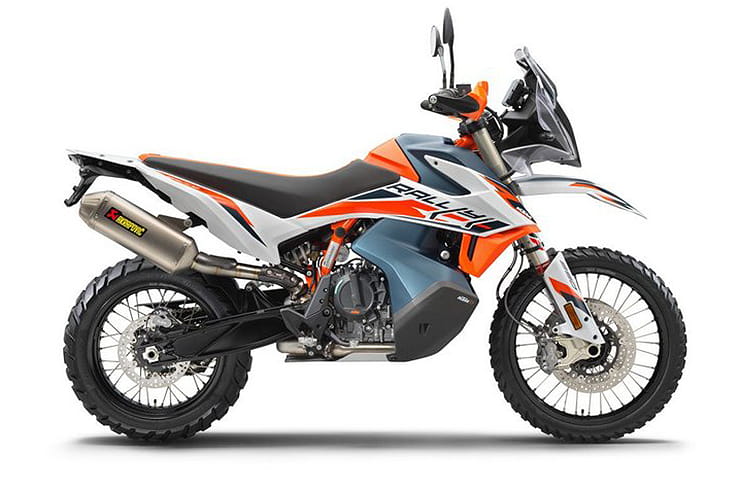 While the mass-made 890 R Adventure will hit dealers in November, the 890 Adventure R Rally can only be ordered directly from KTM’s website. Only 700 of the Rally models will be made, with 200 of them already earmarked for the US market and the remaining 500 to be spread around the rest of the world. A counter on the pre-order site at www.ktm.com reveals how many are left, and at the time of writing – just minutes after the bike was officially revealed – fewer than 400 were still available. 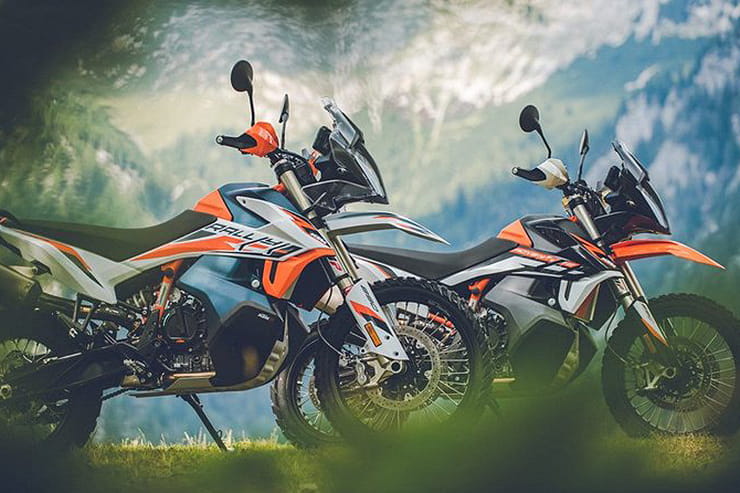