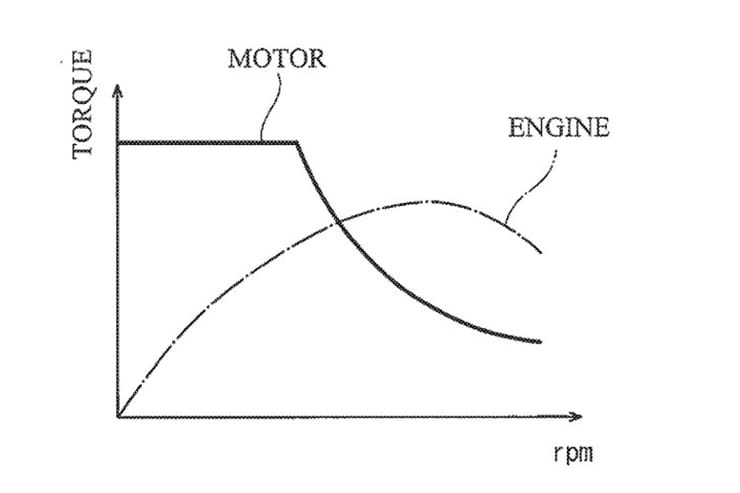 While electric bikes make for plenty of headlines and petrol-powered two-wheelers have dominated for more than a century the idea of combining the two technologies hasn’t gained much traction over the years. However, Kawasaki is showing a lot of interest in the idea of hybrids with a design that might also explain the firm’s unusual electric bike project.

Kawasaki’s electric bike, officially unveiled a year ago but in development for around a decade before that, is a strange machine. Not only does its performance fall far short of the current state of the art – with a peak of just 27hp and a ‘continuous’ power output of a meagre 13.5hp – but the company has stated it has no plans to build a production EV. So what’s the point? 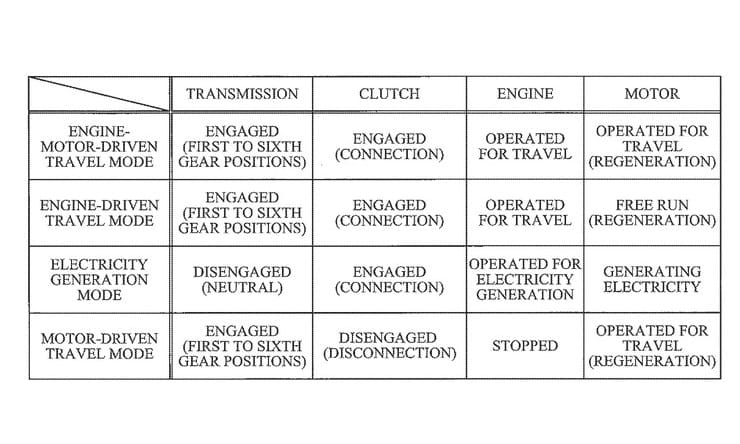 The answer could be that the electric prototype is only half the story. Over the last year or so Kawasaki’s R&D department has been filing a lot of patents for hybrid motorcycles, combining a normal petrol engine with a small electric motor to give a boost in performance and economy while reducing emissions. The firm hasn’t shown any prototypes or even made an official statement about the hybrid plans, but it’s clearly a technology that the company is interested in.

The electric bike project’s small, low-powered motor is allied to a conventional motorcycle transmission. That’s an odd choice, and while the official explanation is that it’s to make the machine more engaging to ride, it’s a decision that makes more sense if seen in the light of a hybrid. Kawasaki’s recent patents explain that it envisions a hybrid motorcycle with a petrol engine and electric motor both attached to a conventional transmission by way of one-way clutches – allowing each motor to power the bike either independently or together. The electric motor is also intended to operate as a generator, recharging the battery when the petrol engine is in use and its extra boost of electric power isn’t needed.

While the battery pack on Kawasaki’s electric prototype is massive, dominating the bike’s chassis, a hybrid version wouldn’t need anything like that many batteries – leaving space instead for a petrol engine and fuel tank.

The latest patent from Kawasaki shows a fairly generic-looking bike, but with an electric motor (labelled 30 in the picture above) that’s much the same size and position as that of the electric prototype. A petrol engine – the crank end cover is visible and labelled ‘21’ in the image – sits just in front of it, making  for an overall powertrain package that’s not really any larger than a conventional bike’s.

Where the latest patent gets really interesting is in the controls and electronics, including a throttle that’s specifically designed to give the rider absolute control over the hybrid powertrain’s behaviour. 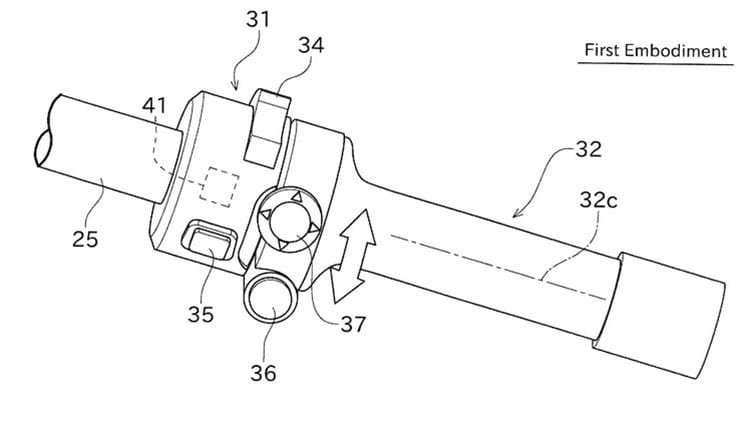 The throttle (above) features a conventional twist-grip but with two key additional controls – a four-way ‘hat’ switch (labelled 37) and a ‘boost’ button (36). There’s also a normal kill-switch (34) and a ‘meter mode’ switch (35) to access additional functions.

Interestingly, the hat switch and the boost button both move in sync with the twist-grip, so your thumb can stay on them at all times, regardless how wide the throttle is open.

That brings us to the ‘boost button’, which Kawasaki’s patent says “is operated to issue a command to change the torque output characteristic so as to increase the output torque of the hybrid power source” and goes on to explain that it will give a few seconds of additional power once it’s pressed.

The patent goes on to explain that the throttle itself controls both the petrol engine and the electric motor, with signals going via a control unit that helps decide what proportion of power comes from each. Touching the brake disengages the boost function.

While patents alone are far from a guarantee that a technology will reach production, Kawasaki has filed at least seven separate patents around this machine in the last 12 months alone, suggesting there’s serious development work underway. Given the company’s long-running development of electric powertrains and its firm statement that there’s no plan to make a pure-electric bike anytime soon, the implication is that a hybrid might be on the way instead.