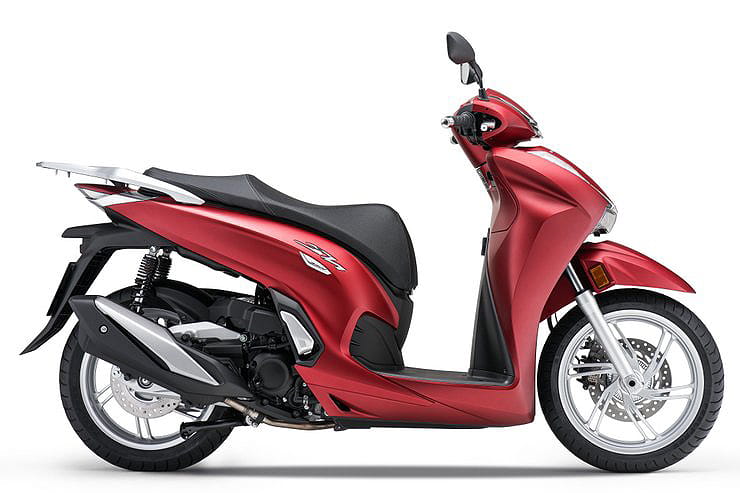 Honda has sold more than a million of its ‘SH’ scooters over the last 36 years so if the new SH350i meets expectations it’s going to be a familiar sight soon.

Where the old SH300i featured a 279cc single, the SH350i gains the same 330cc unit that made its debut last month in the 2021 Forza 350, providing a power hike from 24.8bhp to 29bhp at 7500rpm, while the torque increase is greater still, with 23.6lbft at 5250rpm, up from 18.8lbft. It’s a combination that promises a convincing hike in performance overall, and Honda has given the model a completely new look to reflect the upgrade. 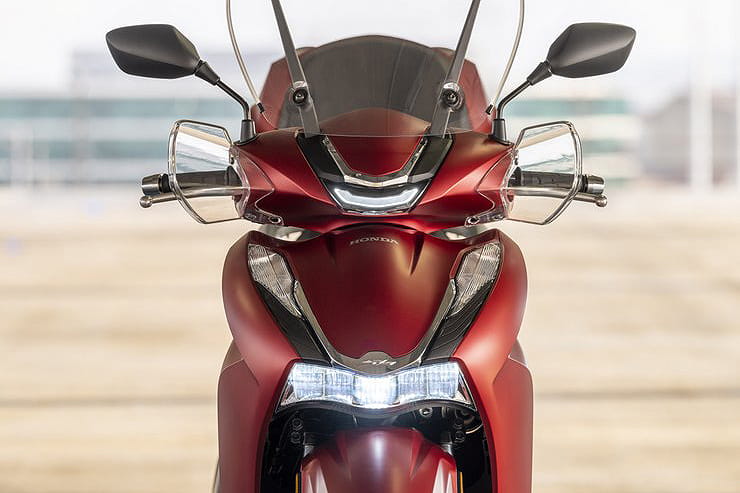 The extra capacity comes courtesy of a 77mm bore instead of the old 72mm, and a 70.7mm stroke rather than 68.5mm. A new crankshaft – 10% lighter than the old one – is allied to revised cams that increase lift and revise the cam timing, while a larger 36mm throttle body, bigger inlet valves and new intake and exhaust ports improve gas flow through the engine. You even get traction control in the form of Honda’s ‘HSTC’ (Honda Selectable Torque Control) system.

As well as meeting Euro 5 emissions limits, the engine is capable of 84.7mpg to give a potential range of 155 miles from the 9.1 litres of fuel that will fit in the tank. 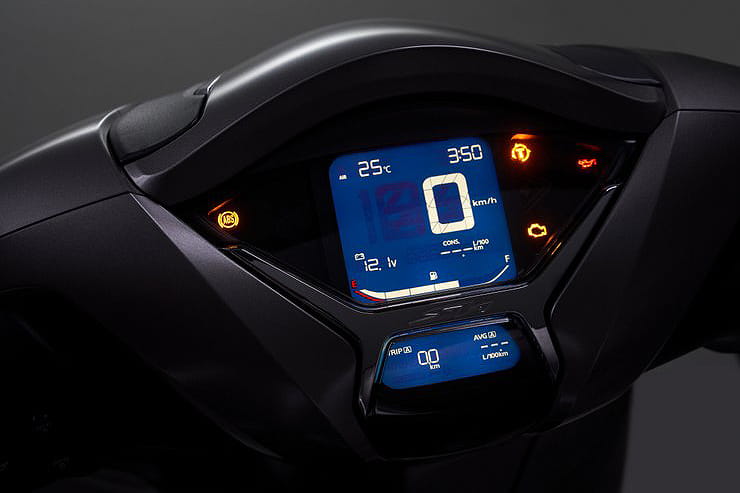 While the chassis is unchanged compared to the old SH300i, the 2021 SH350i features entirely new bodywork with a reverse-raked headlight that extends into indicators above it – an evolution of the previous style, but with a sharper-edged look that mirrors that of the latest SH125i. The large, 16in wheels that mark out the SH are kept, of course.

The bike’s weight has increased a little, from 169kg to 174kg, but that shouldn’t prove a problem for the larger, more powerful engine to overcome. In terms of standard kit, the 2021 SH350i gains a USB Type-C socket for phone charging, while there’s space for a full-face helmet under the 805mm tall seat.

Like several of Honda’s other 2021 models, the bike gains an automatic system to flash the rear indicators during emergency braking, and Honda’s ‘Smart Key’ proximity key system that operates the ignition and seat lock, as well as the optional 35-litre top box if it’s specified.

Other options include a screen, hand guards, heated grips and a scooter blanket for year-round usability. 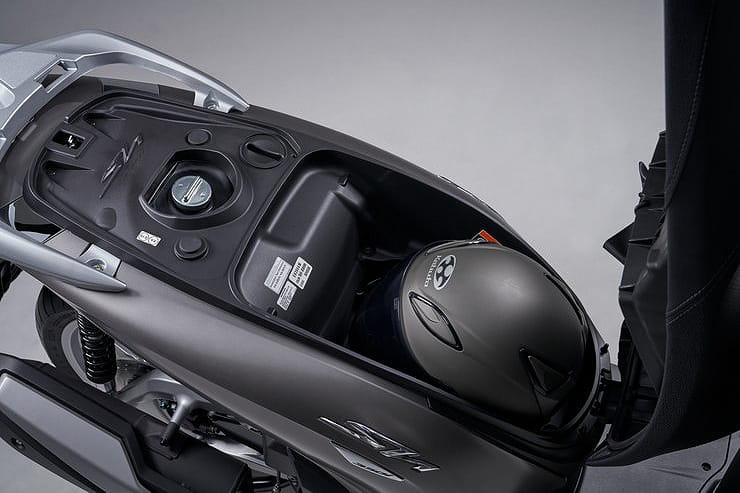