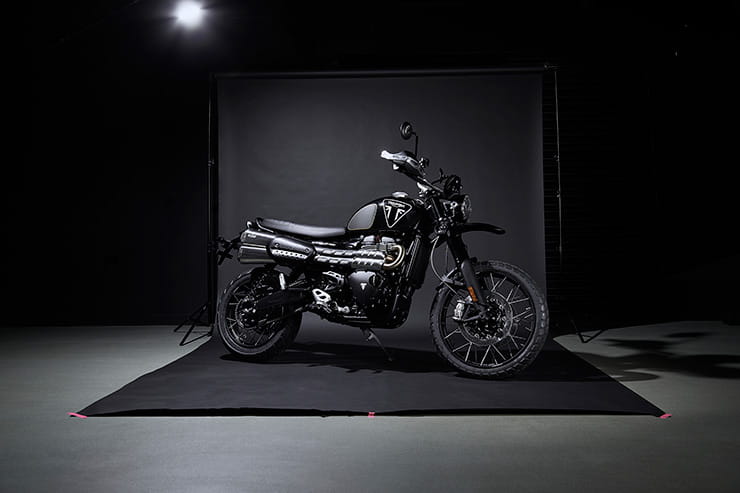 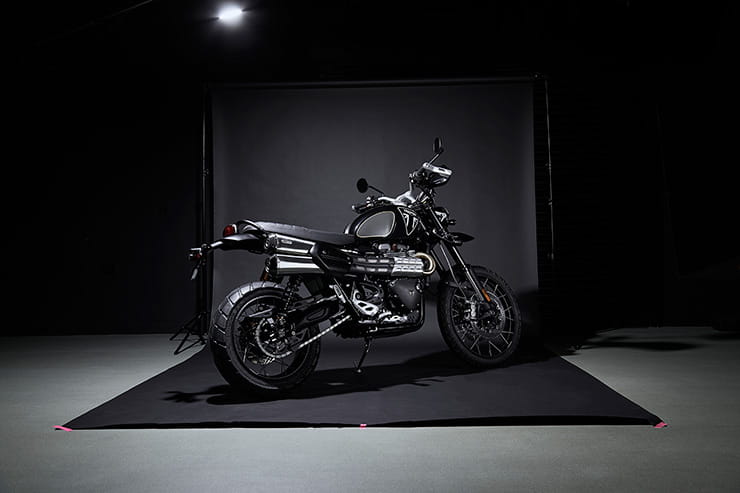 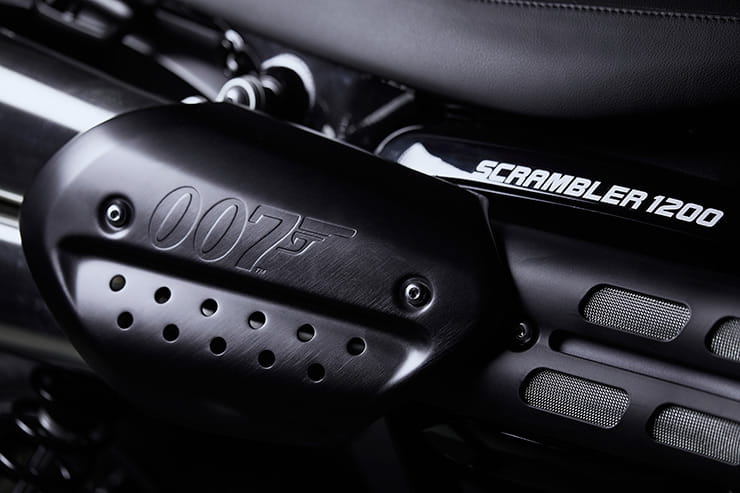 In homage to the 25th James Bond film, No Time To Die, which hits cinemas on 12th November 2020, having been postponed courtesy of COVID-19 from its original release date in April, Triumph has announced a limited edition TRIUMPH SCRAMBLER 1200 BOND EDITION.

The limited run of 250 bikes worldwide feature upgraded suspension and exhaust plus a host of Bond-esque detailing and design.

Fictional MI6 agent, James Bond, code-named 007, rides one of two Triumphs to feature in the film with spy shots taken by onlookers at the time of filming in Southern Italy in September 2019, showing Bond actor Daniel Craig’s stunt double riding the Triumph Scrambler 1200XE. The Hinckley-based manufacturer’s design workshop team collaborated with the film’s stunt team to configure several feature motorcycles, including the special preparation of the new Tiger 900 and Scrambler 1200 models for “extreme and dynamic action sequences”. 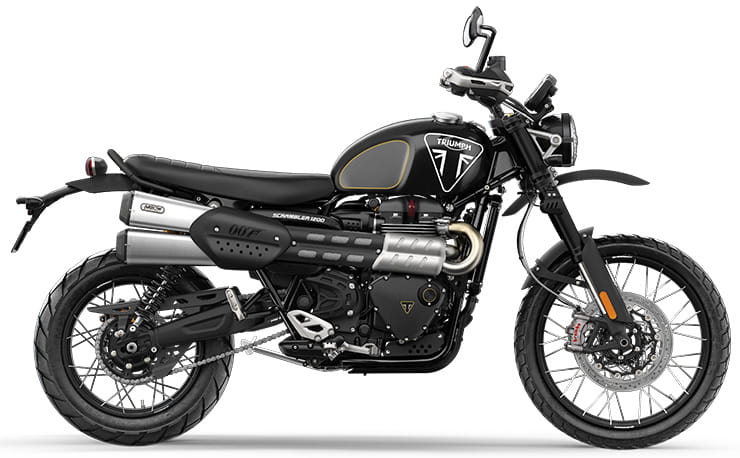 This special Bond Edition motorcycle is in fact the Triumph Scrambler 1200 XE with some beautiful and premium higher-value details;

It’s quite a Spectre, although no Diamonds (Are Forever). However, as you’d expect, each bike comes with a numbered edition plaque and unique badging plus you get a special Bond handover pack though I doubt Q will have left a biro that shoots poison darts, a spiked umbrella or flame-throwing bagpipes. Then again, the gorgeous 1200cc parallel twin has 89hp of power and 81.1lb-ft of torque to get you away from the baddies, and it was one of our highlights of the 2019 biking year. It features keyless ignition, heated grips, cruise control, cornering ABS and has an in-built Sat Nav controllable via the handlebars, just like the Go Pro compatibility. The spec is so high, it’s like The World Is Not Enough, though it doesn’t come with a Licence To Kill. 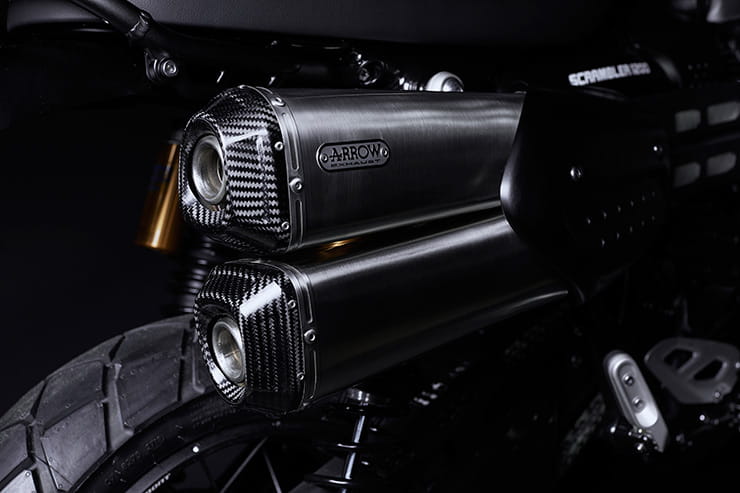 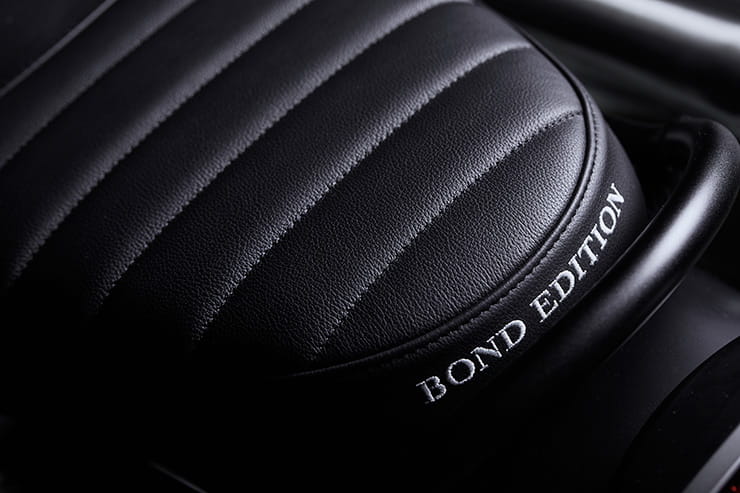 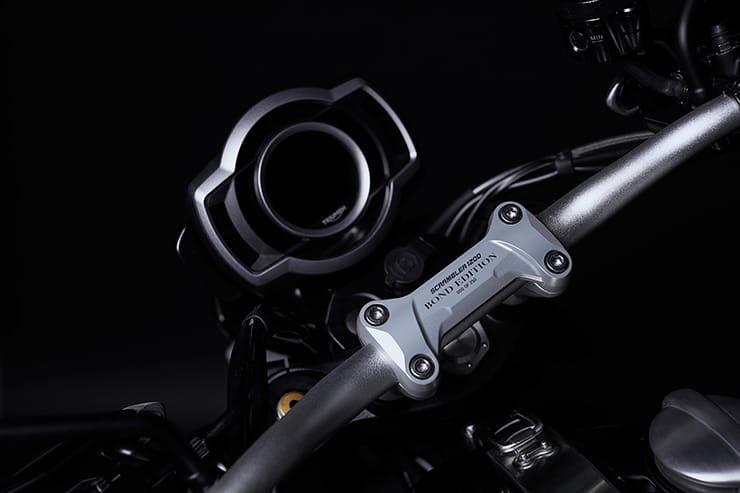 Read our in-depth review of the Triumph Scrambler 1200 XE and XC, including video, click here, but remember, it’s For Your Eyes Only.

The bike is available to order today and if you’re keen on emulating the British spy and equipping yourself with his bike-a-like then find your local dealer here: https://www.triumphmotorcycles.co.uk/dealers/find-a-dealer - the price is about the same as a Golden Gun, with triumph confirming this super special XE model is available at £18,500 OTR. If you don’t manage to get your hands on one then you’ll have to Live and Let Die.