Government ignores Motorbikes and Scooters – we need your help! 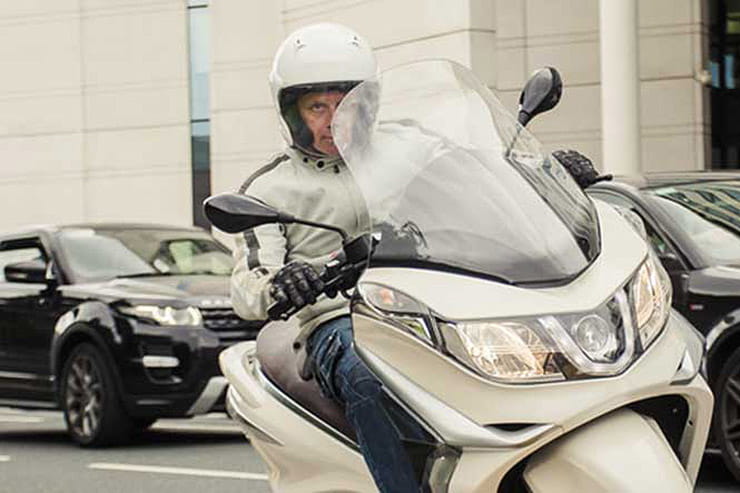 During his COVID-19 briefing on Saturday 9th May 2020, Grant Shapps excluded Powered Two Wheelers from the transport modes he promoted as alternatives to public transport.

When questioned at a recent commons debate by Julian Lewis, MP for New Forest East, Mr Shapps responded by saying that 'Motorcycles are an enormously important way of getting around— 2.7 billion miles were travelled by motorcycle in 2018, the last year for which we have data. We are working on a number of projects, including sorting out potholes, which are a huge problem for people on motorcycles and other two-wheeled vehicles.'

However, the absence of bikes and scooters in many of the Government's incentives, including the Department of Transport's recent travel guidance, indicate that PTWs still do not feature as a core consideration in policy and decision making.

Together with the MCIA*, we are fighting hard to address this omission, and support from you, the riders, in the form of an email to your local MP, can help change opinion.

A suggested text for your email is provided below, while contact details for your MP can be found by filling in your postcode in the search box at this website. Strict Parliamentary convention means that MPs can only deal with matters raised by their own constituents, so please only email your own MP, and don't forget to include your address to show that your are within their constituency.

If possible, please forward any replies received from your local MPs to covid19support@mcia.co.uk

I am writing to you as one of your constituents who is a user of a Powered Two Wheeler (PTW) who would like to know why Government is not endorsing their use as an alternative to public transport.

PTWs, in the form of low and zero emission scooters and light motorcycles, are a clean and efficient transport mode that require little road space for travel or parking and which can meet the needs of a variety of commuters, while at the same time fulfilling their social distancing and environmental obligations.

In the current climate they are the perfect alternative for those who would usually use public transport, but for whom walking and cycling are not viable options.  Access to small PTWs is straightforward, with most requiring just the completion of a one-day training course, called CBT.

With so much going for them, it could be assumed that they would be heavily promoted by Government, as the country works towards easing lockdown, but unfortunately that is not the case.

In his briefing on Saturday, 9th May, the Secretary for State for Transport, the Rt. Hon. Grant Shapps MP, when promoting alternatives for public transport, extolled the road congesting private car and fast-tracked the consultation on un-regulated e-scooters, but ignored PTWs, even though they are already the choice of more than a million road users, like me, who are legal and regulated.

Consequently, I would very much appreciate your assistance in encouraging Government and others to promote PTWs as a valid alternative to public transport and beyond.

*The MCIA is the body that represents the UK Powered Light Vehicle (PLV) industry.  PLVs can be defined as lightweight scooters, motorcycles, tricycles and quadricycles, typically with zero or low-emission power.

The Route to Tomorrow’s Journeys is the MCIA policy document highlighting the vital role that PLVs can play in future transport. It can be downloaded at mcia.co.uk/en/the-route