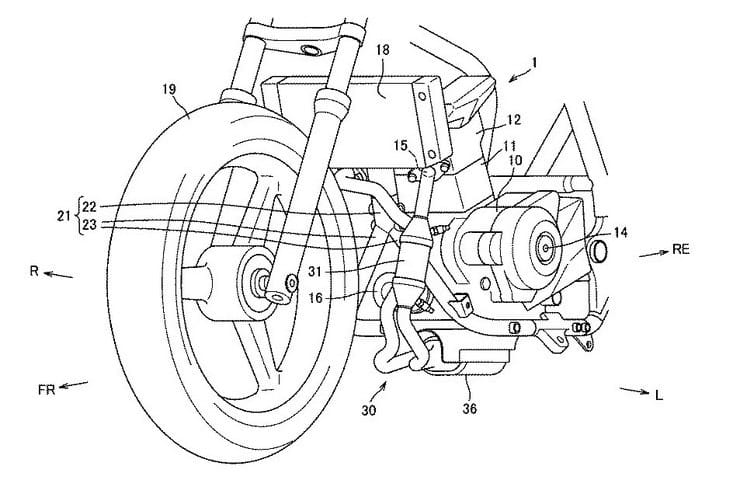 Suzuki is working on a cleaned-up version of the 250cc parallel twin that powers the GSX250R and V-Strom 250 in a move that should see the models living on beyond the introduction of Euro 5 emissions limits.

New Japanese patent documents show the SOHC twin, also used in the GW250 Inazuma, is likely to get a new exhaust system with an additional catalytic converter.

The current motor already has a catalyst mounted underneath the engine, but the next version looks set to gain a second one, fitted much closer to the exhaust ports on the cylinder head. That positioning means it will get up to operating temperature more quickly, which is a key requirement to meet Euro 5 limits.

Images from Suzuki’s patent show that the exhaust header pipes will merge much earlier in the system before going into the additional catalytic converter. Two oxygen sensors measure the exhaust gasses before and after the cat, sending signals back to the engine management computer so it can adjust the fuel injection for the most efficient air/fuel ratio.

A second version of the idea is also shown in the same patent documents, keeping the header pipes separate but adding a catalytic converter to each of them. However, it’s unlikely that Suzuki would take that option as the cost of catalysts is significant. 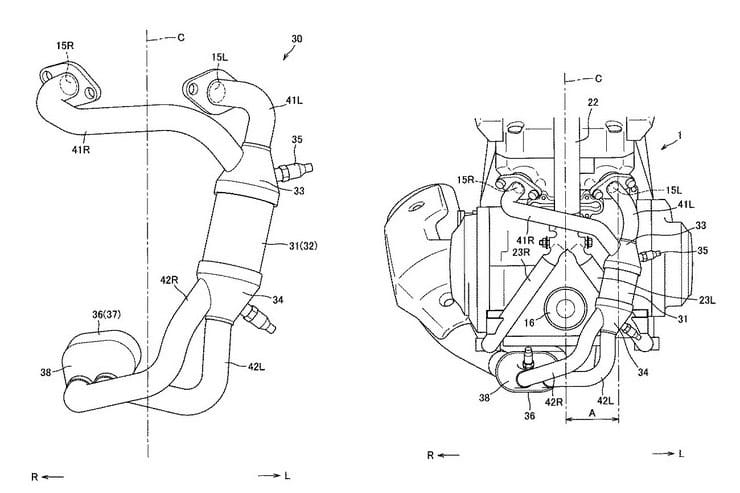