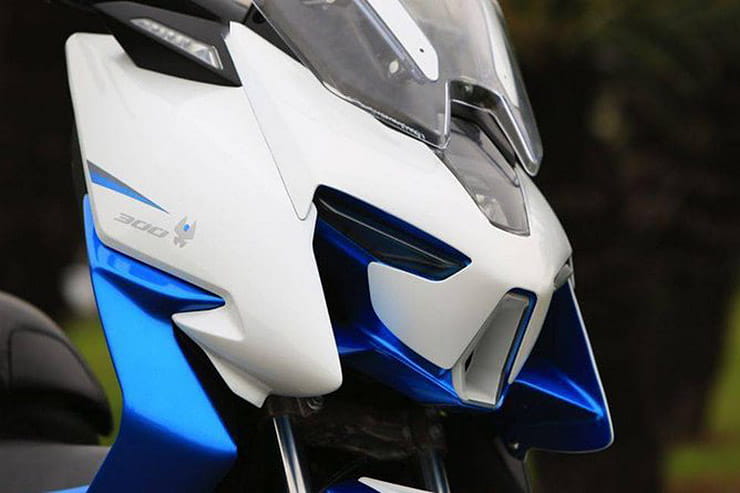 Zontes isn’t a brand that’s cut through to UK buyers yet but it’s making some impressive-looking machines at a relatively low price with its ZT310 motorcycle line-up. Now the firm is preparing to enter the scooter market with a model that looks more like a motor show concept than a showroom offering.

The ZT300T-M has been teased on social media with close-up shots of its distinctive front-end styling, and now the production version has emerged in full thanks to Chinese type-approval filings.

That nose is clearly the main talking point. Stepping away from the usual, safe route of giving scooters inoffensive, bland looks, Zontes has given the ZT300T-M a face that’s like a cross between a Storm Trooper and Predator, or perhaps an automotive interpretation of Edvard Munch’s The Scream.

A gaping central maw is flanked by thrusting side panels, creating an additional pair of intakes with frowning LED headlights set above them. A third LED light, probably the main-beam unit, sits below a tall, adjustable screen that shows the Zontes is serious about practicality despite its radical appearance.

Despite its similarity in size and performance, it’s not the same engine that powers the 312cc, 35hp ZT310 range of single-cylinder, DOHC motorcycles. Zontes is also planning a 125cc machine, the red and grey bike in the teaser pictures, with the same styling.

There’s no word yet on when the ZT300T-M will get its official unveiling or reach showrooms, but it will probably be part of the company’s 2021 model range. 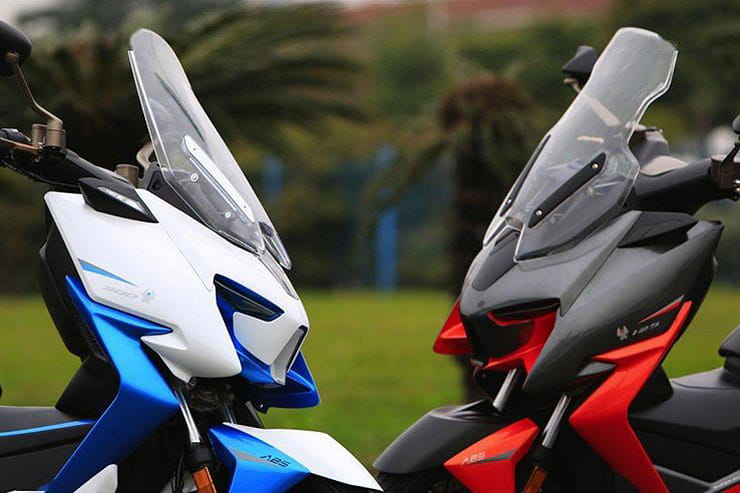