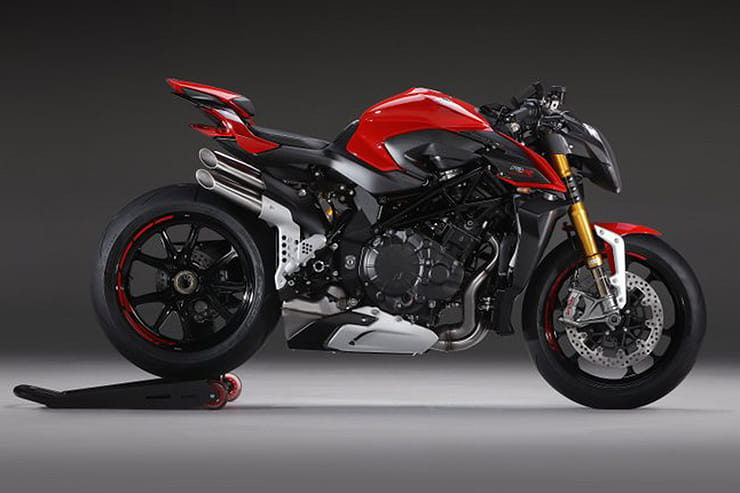 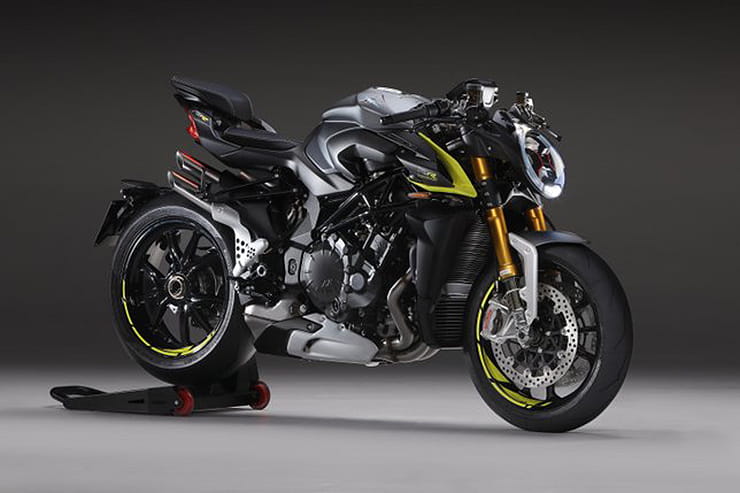 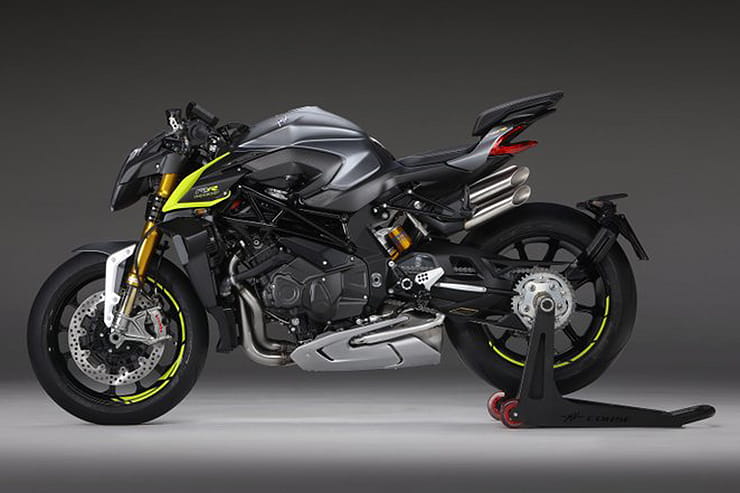 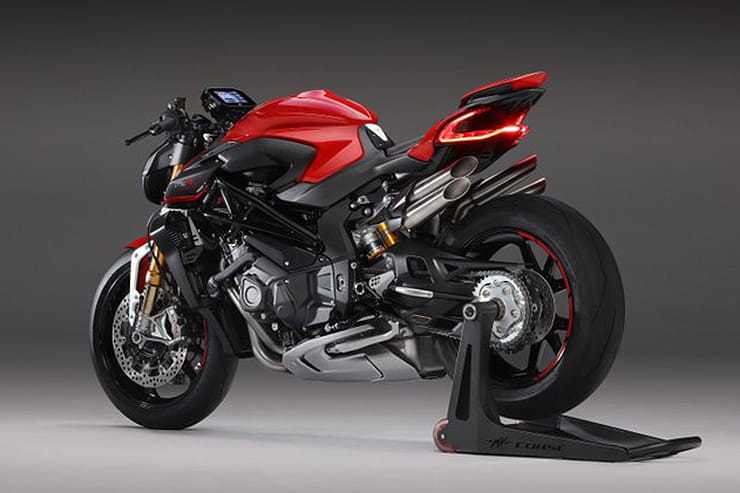 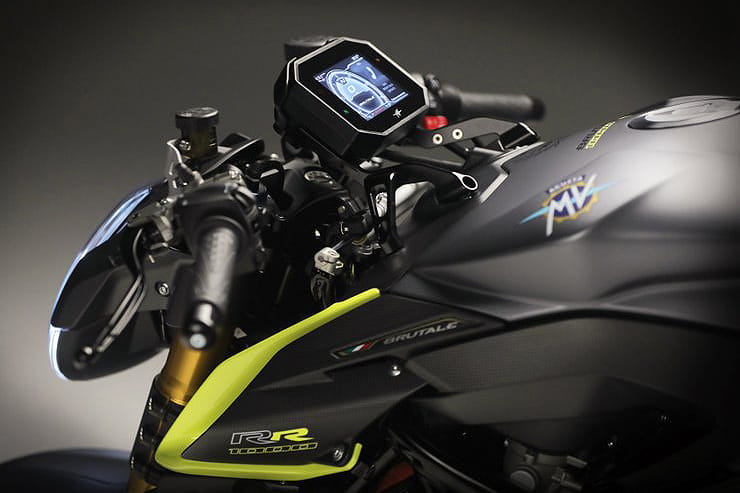 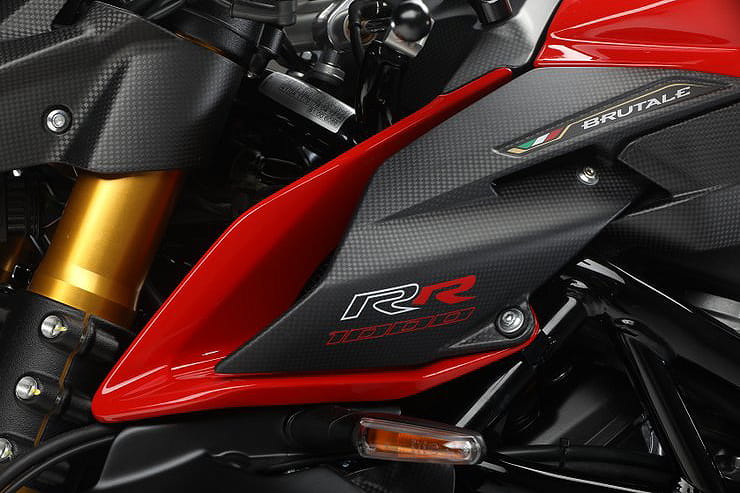 Buyers of MV Agusta’s Brutale 1000 RR have faced an unexpected wait courtesy of the COVID-19 crisis but the firm’s hyper-powerful naked bike is finally in full production and the first UK examples are expected imminently. 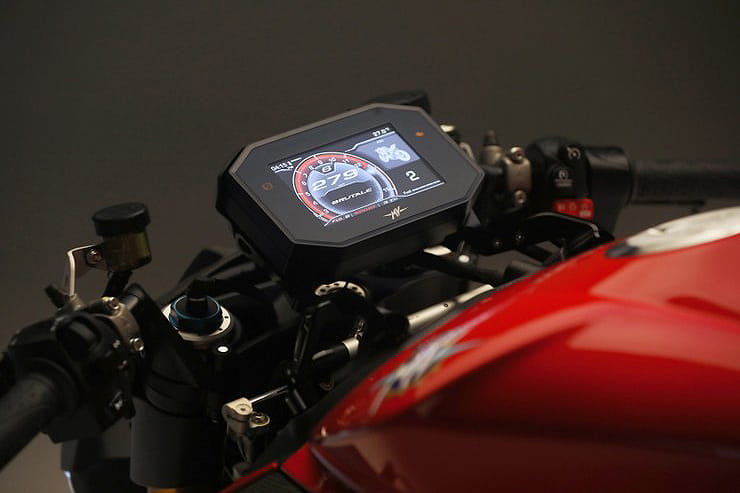 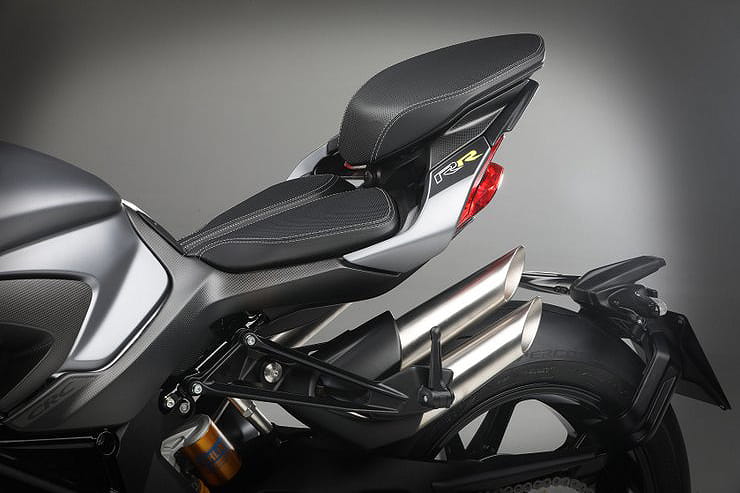 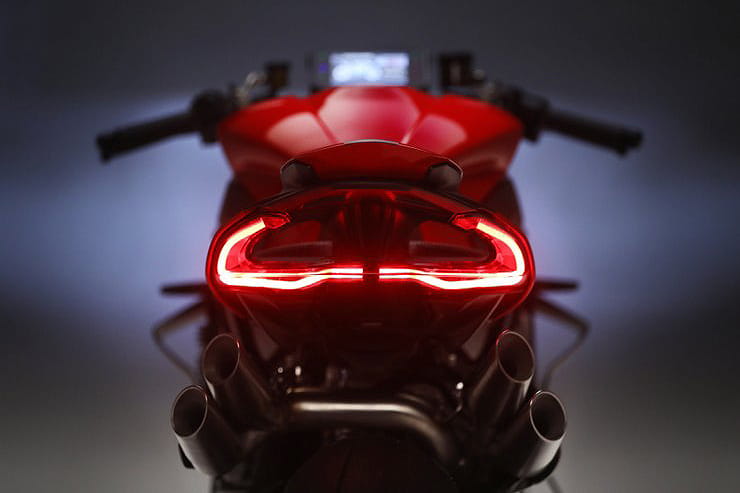 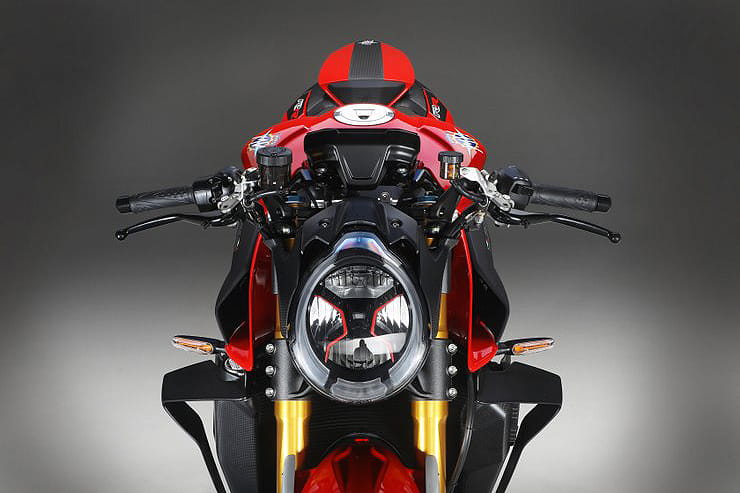 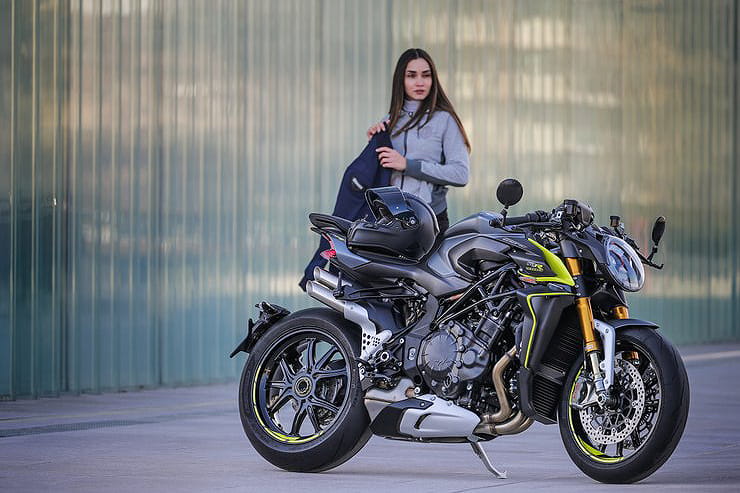 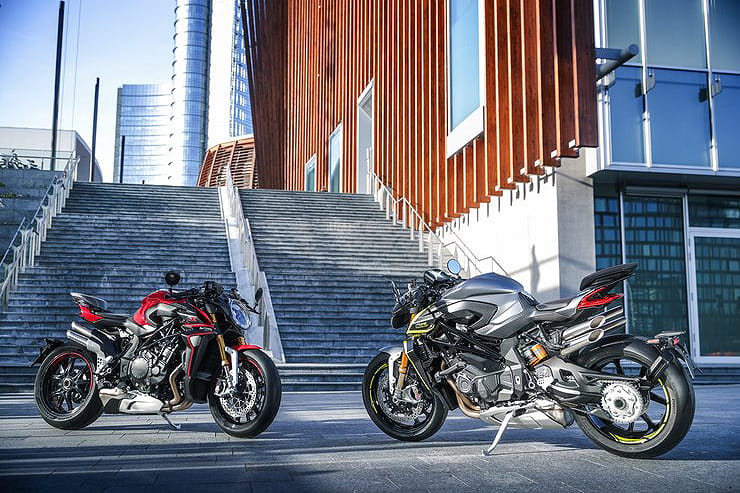 If you’re wondering what you give up by opting for the RR instead of the limited-edition Oro, the answer is ‘nothing’ when it comes to performance or handling.

The engine is the bike’s party piece. Even though it gives away more than 100cc to Ducati’s 1103cc Streetfighter V4, the 998cc MV Agusta four puts out a certified 208bhp (153kW) – precisely matching its Ducati counterpart. It doesn’t even have to rev significantly higher to achieve that figure, peaking at 13,000rpm compared to the Streetfighter’s 12,750rpm. With less capacity, its torque is understandable lower than the Ducati, but 86lb-ft at 11,000rpm it’s within spitting distance of the Streetfighter’s 90.4lb-ft at 11,500rpm.

Most importantly, the engine and its performance figures are 100% identical to the unit in the Serie Oro version.

Looking at the bikes weights, the Brutale 1000 RR has a ‘dry’ figure of 186kg. Again, that’s identical to the Serie Oro version, and while it’s 6kg heavier than the Streetfighter V4, the two bikes are close enough in mass to ensure the battle between them will be close-fought. 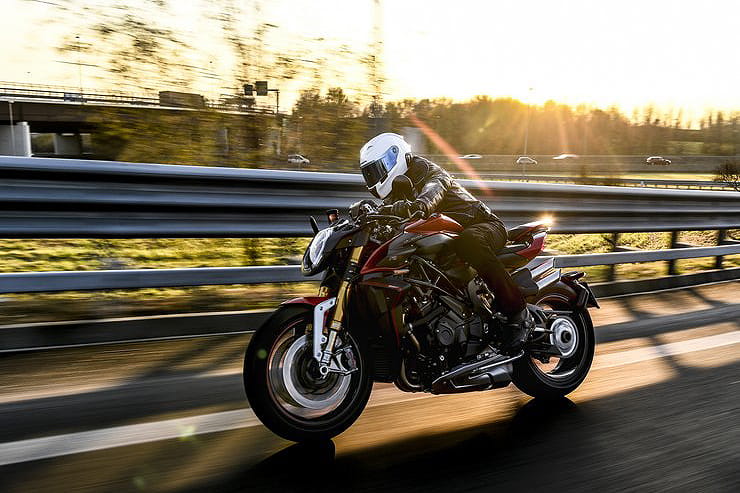 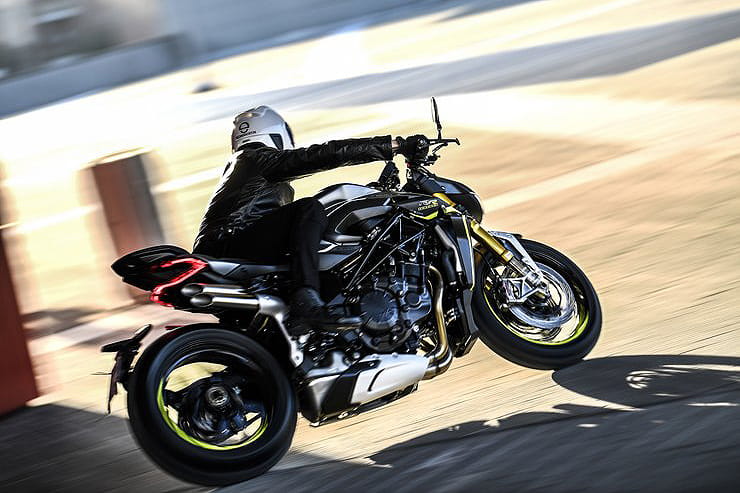 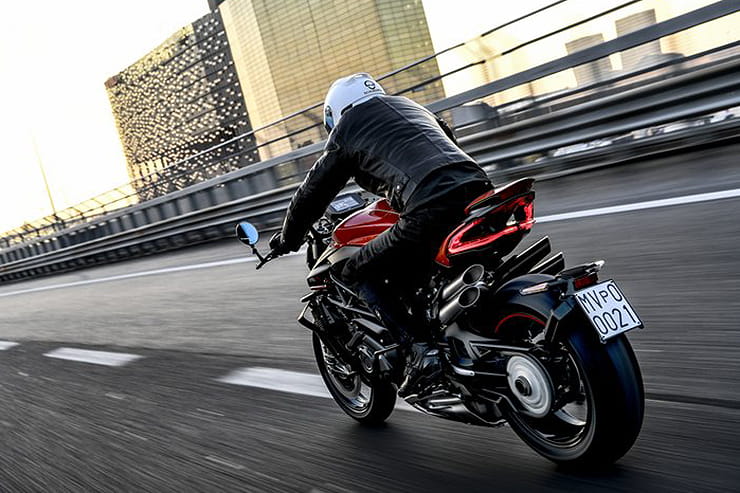 You might think, then, that buyers of the Brutale 1000 RR are going to be losing out to their Serie Oro-riding mates when it comes to the suspension, brakes or technology, but again there’s nothing to choose between them.

Like the Oro, the RR uses Öhlins NIX electronically-controlled forks and a matching electronic TTX rear shock, and the brakes are the same Brembo Stylema units used on the Serie Oro. Ducati’s Streetfighter gets the same suspension and brake components, too, provided you fork out for the ‘S’ version.

Tech-wise, the Brutale 1000 RR isn’t left wanting either. While you give up the Serie Oro’s trinkets like titanium bolts and screws and carbon-fibre wheels, you still get a TFT dash, Bluetooth, cruise control, the same IMU-based rider assist systems and engine management with sport, race, rain and custom modes. Those include Front Lift Control, launch control and an up-and-down quick-shifter, plus Bosch ABS 9 Plus including ‘Race Mode’.

The MV’s biggest problem is likely to be the Streetfighter V4 S, which substantially undercuts its price at £19,795. However, the MV’s exclusivity means demand is still strong, with the firm’s UK sales manager telling BikeSocial: “Demand is outstripping supply at the moment, we are trying to catch up!!”