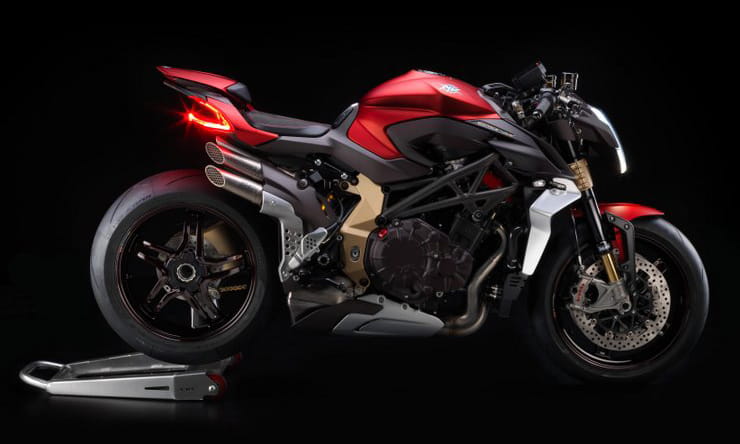 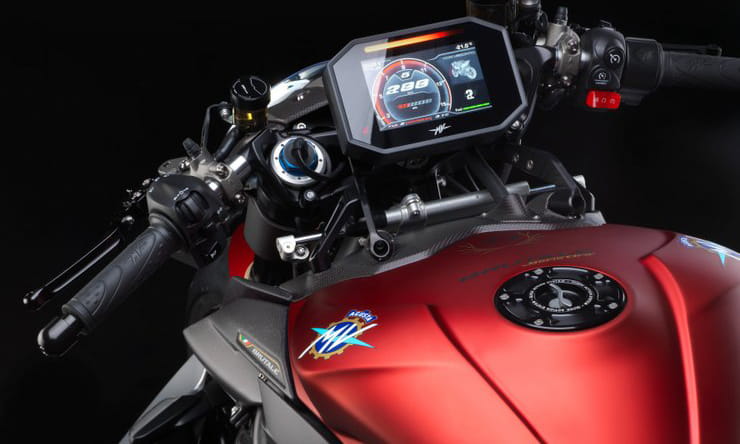 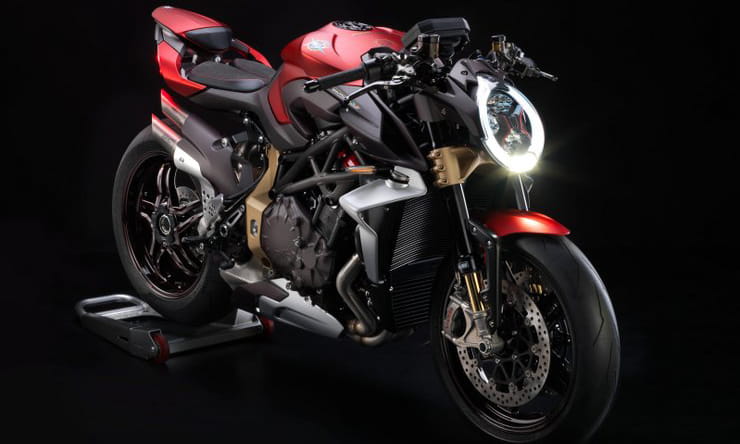 MV Agusta has revealed its 2019 model range including an entirely new Brutale 1000 on the eve of the EICMA show in Milan.

The new model, which combines a completely revamped version of MV’s long-lived four-cylinder engine with a new chassis and styling, actually makes 205bhp in road-legal form, or 209bhp when fitted with the firm’s SC track-only exhaust and suitable mapping. That means it’s not only more powerful than any other naked bike, but it beats most 1000cc superbikes, too. If you can bear the wind blast, it will carry you to a claimed 187mph (302km/h).

Virtually every part of the engine is new. MV says that only a few castings are carried over from the old four-cylinder, which traces its heritage back to the 750cc F4 superbike that relaunched the brand back in 1997. There are new combustion chambers and cam timing, new pistons and crankshaft and a new dry-sump oil system, all helping to boost power while simultaneously bringing the engine’s emissions and noise levels under Euro4 limits.

Surprisingly, MV has even been able to strip away some of the previous complexity, like the old engine’s variable-height intake trumpets, to help reduce the engine’s weight.

Of course, all this is tamed by a state-of-the-art IMU-assisted ride-by-wire system with all the multi-level traction control, wheelie control and launch control trickery that’s expected on any high-end bike. An up/down quick shifter helps get the power to the rear wheel smoothly.

The chassis is MV’s normal arrangement; part aluminium and part steel trellis, but redesigned to suit the new bike. You’ll notice that while this Brutale still has similar naked styling to its predecessors, it’s got superbike-style clip-on bars rather than wide, straight ones. That’s a reflection of the frame’s track-biased set-up. There’s a single-sided swingarm, of course, and the usual team of Brembo brakes and Ohlins suspension, the latter being electronically adjustable and managed by a dedicated ECU that also adjusts the Ohlins steering damper. The brakes are Brembo’s latest Stylema calipers with Bosch 9.1 ABS.

The trend of winglets, already seen on the 2019 Aprilia RSV4 1100 Factory and the Ducati Panigale V4R in the last few days, continues on the Brutale. Spoilers either side of the radiator add downforce at high speed, aiding stability.

Being a ‘Serie Oro’ this Brutale, the first of a line of bikes that will carry the new engine, is kitted out to the teeth with high-end parts. Carbon-fibre is used not only for the bodywork but also the BST wheels, keeping the dry weight down to just 186kg. Only 300 of these Serie Oro versions will be made. 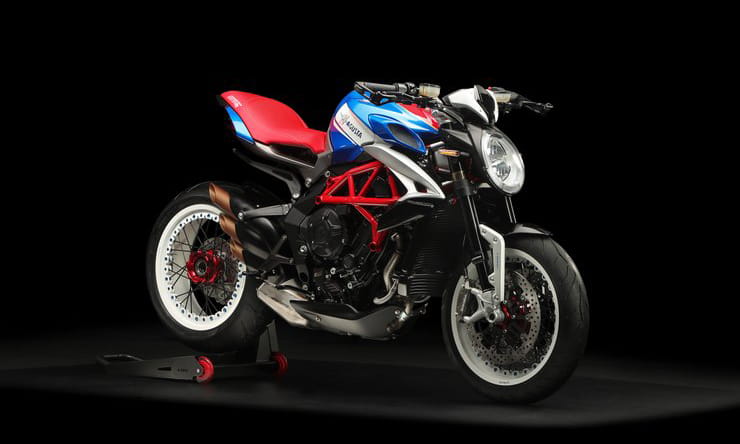 Over the years MV Agusta has made several ‘America’ versions of its machines, all inspired by the 1975 750 America. There have been both 750cc and 1090cc four-cylinder Brutale America models and last year the firm introduced its three-cylinder Brutale 800 America. Now the same idea has been spread to the Dragster 800 RR.

The formula is the same as ever – a red, white and blue paint scheme, with stars on the tank and a limited edition run of bikes. In this case, there will be 200 Dragster 800 RR Americas made, with the promise of the usual certificate of authenticity for each buyer and a numbered sticker on the instruments to say where your bike came in that production run.

Paintwork aside, though, the bike is unchanged from the stock Dragster 800 RR.