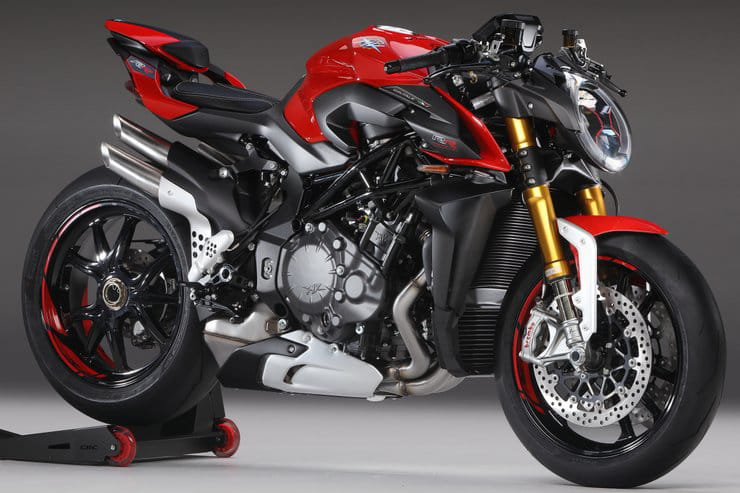 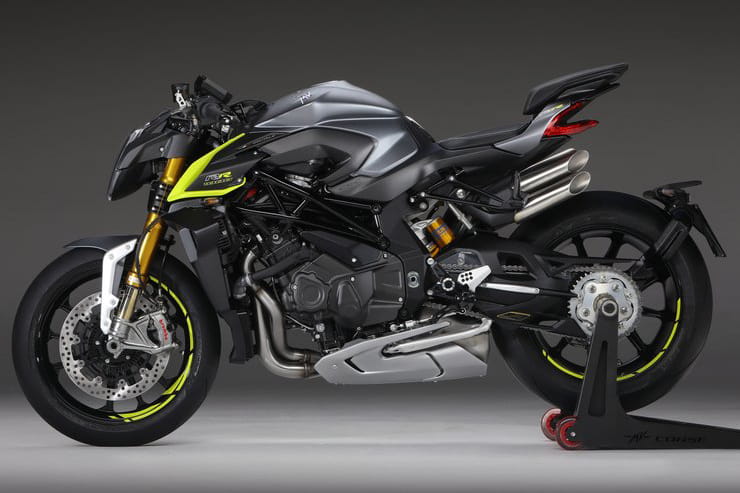 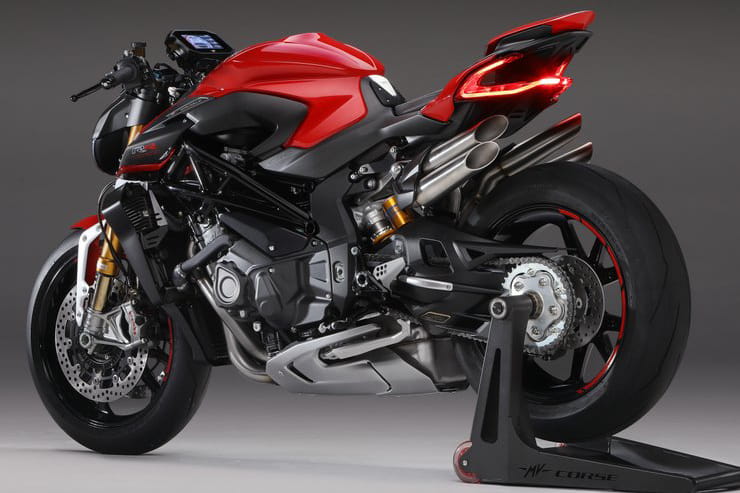 MV Agusta unleashed the world’s most powerful naked bike with its Brutale 1000 Serie Oro a year ago and now it’s back with a mass-made version that loses nothing in terms of performance.

With a claimed 208hp the new Brutale 1000RR matches the Serie Oro on peak power, and for 2020 it also goes head-to-head with the Ducati Streetfighter V4, also on exactly the same claimed power figure. The battle for naked supremacy is truly on in 2020, with Kawasaki’s supercharged Z H2 and a new KTM SuperDuke R also joining the fray.

As you’d expect, the mass-produced Brutale 1000RR drops some of the limited-edition Serie Oro’s more exotic components, but it’s still a high-end machine. You get IMU-controlled cornering lamps as well as full LED lighting, and of course there’s MV’s full electronics suite.

As an ‘RR’ model, the latest Brutale still uses carbon fibre for much of its bodywork, like the Serie Oro, but it loses the carbon wheels and titanium fasteners. At 186kg dry it’s still a lightweight, though.

Like the Streetfighter V4, the MV has functional winglets on its bodywork; MV claims a top speed of ‘over 186mph’ and says the wings’ effect can be felt at anything over 125mph.

Running gear includes Ohlins electronically-controlled suspension and Brembo Stylema brakes, so you’re not losing out in terms of kit by opting for the RR instead of the Serie Oro, either. 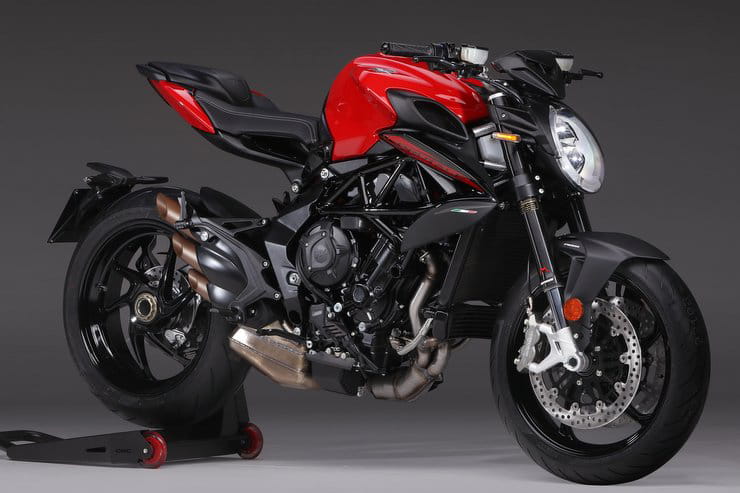 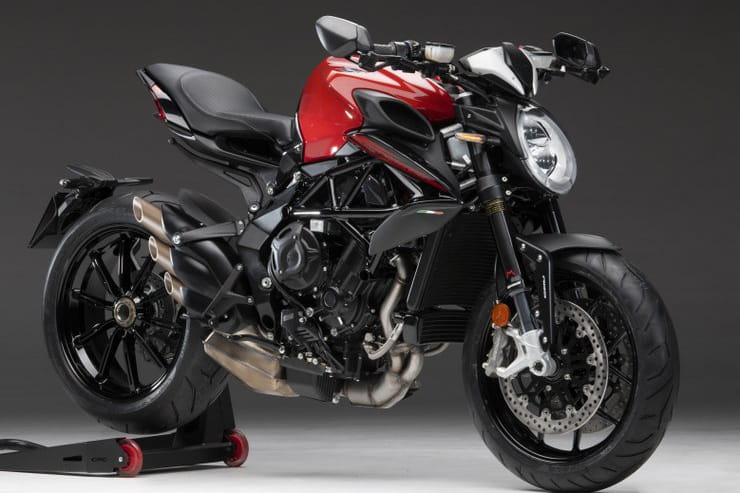 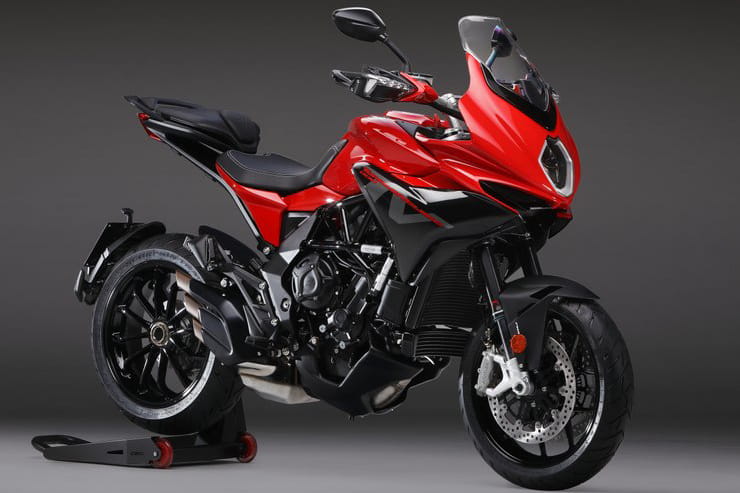 One thing that you probably don’t associate with MV Agusta is bargain prices. After all, it’s a firm that’s always traded at the exotic end of the market. But now it’s taking a leaf out of Ducati’s book and offering a range of lower-priced versions of its machines.

Just as Ducati has periodically offered stripped down ‘Dark’ versions of its bikes, MV Agusta’s cheaper models come in just one colour. But instead of black, that colour is red – hence the name ‘Rosso’.

While we’re still waiting on final prices, MV says the Rosso models – including the Brutale 800 Rosso, Dragster 800 Rosso and Turismo Veloce Rosso – will be cheaper than their siblings thanks to more efficient production processes. They lose the milled surfaces on their wheels, for instance, cutting cost and time in manufacturing.

All three bikes share the same 110hp version of MV’s 798cc triple and still get multiple engine modes, Bosch 9 Plus ABS and an up/down quick shifter. The Turismo Veloce Rosso even has an IMU. 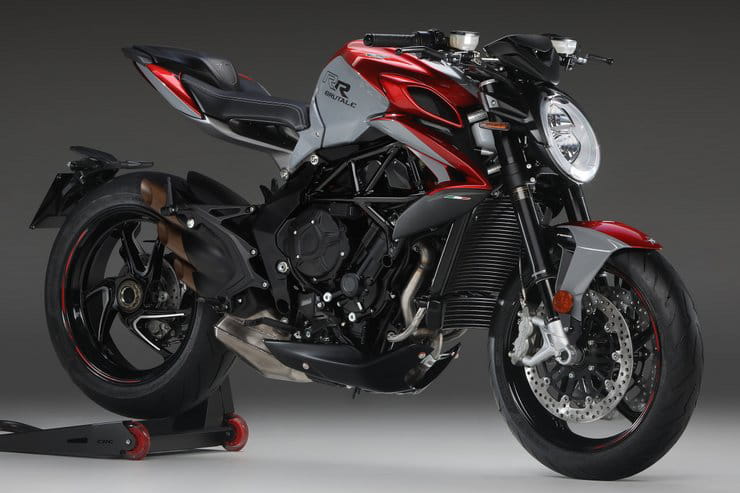 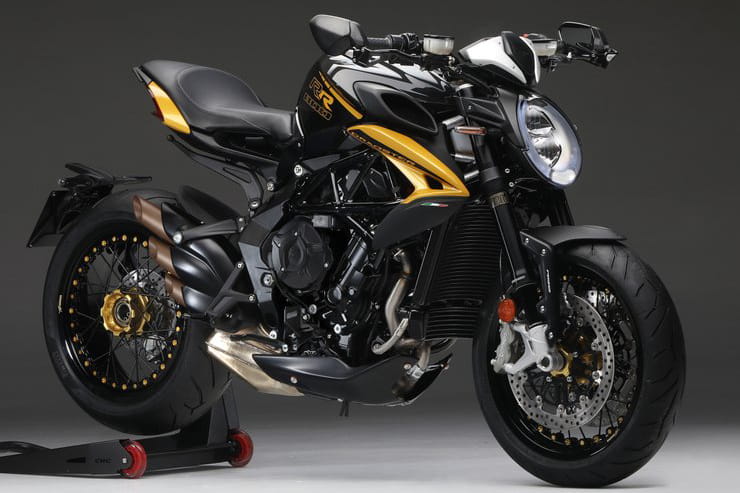 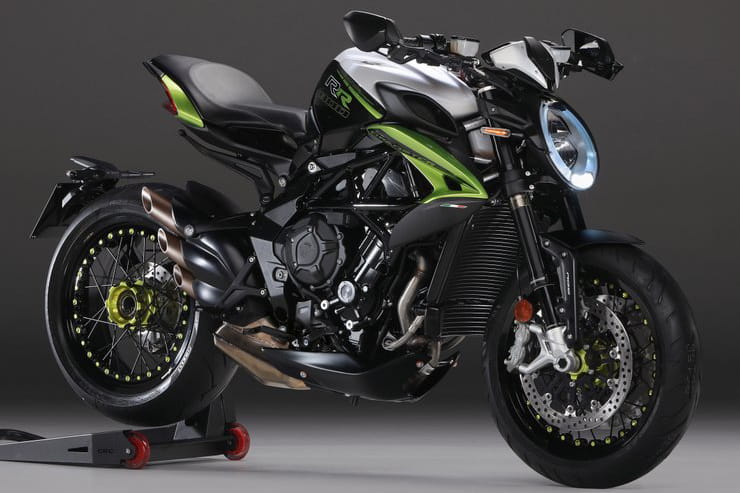 Back in 2018 MV Agusta added its SCS (Smart Clutch System) to the Turismo Veloce sports tourer –not only allowing clutchless gear-changes but also automatically engaging and disengaging the clutch when you start and stop. Now the same setup has been added to the Brutale 800 and Dragster 800 to create the Brutale SCS and Dragster SCS.

They use the Rekluse clutch system, originally developed for motocross, and uses centrifugal force to engage the clutch as revs rise and disengage it at tickover – so while there’s still a conventional clutch lever, you never actually have to use it.

The system works well on the Turismo Veloce, so there’s no reason to think it will be any less useful when applied to the Dragster and Brutale 800.