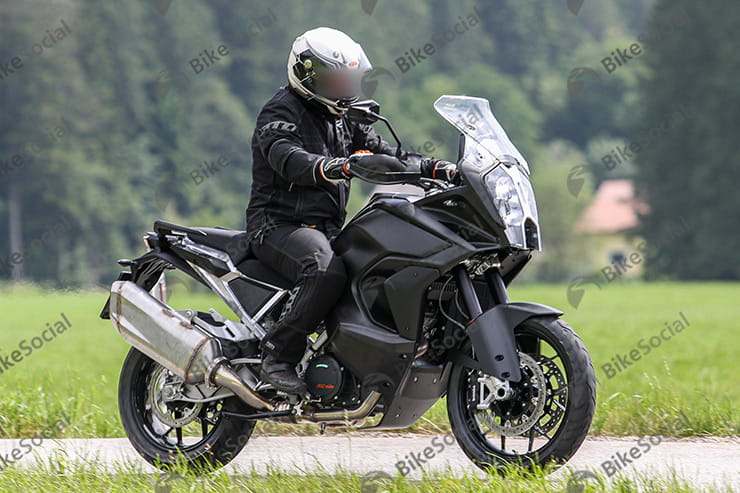 It illustrates one of the big problems that bike manufacturers will face as they adopt this new technology; how can they incorporate the radar unit into the nose of the bike without ruining the styling? Because, let’s face it, the new KTM’s styling is going to turn as many stomachs as heads.

The radar itself is an innocuous black box that sits under the archway formed by the Super Duke’s enormous new headlight unit.  While it’s not big, the box can’t be easily incorporated into the bike’s styling as its position and angle are essential in ensuring it works properly. It also needs a clear ‘view’ forwards, so there’s no bodywork hiding it – although that may change by the time the KTM reaches showrooms. Cars using similar systems usually hide them behind radar-invisible panels in the front grilles – usually given away by their smooth, glossy surface – and it’s possible that KTM will add the same material to the Super Adventure’s nose to hide the actual radar. 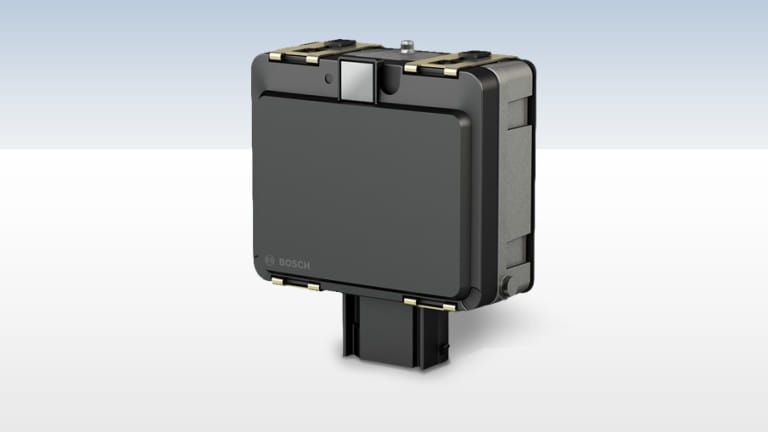 The Bosch-made unit (above) is a ‘Mid-Range Radar’ (MRR) designed to work up to distances of around 160 meters, and appears to be identical to the radars used in dozens of modern cars. That should help keep costs down, although adapting the system to bikes can’t have been easy, since the software will have to compensate when leaning around corners.

While the radar governs the headlight unit’s shape, with the central cut-out, it doesn’t explain the sheer size of the lamps, which go against the modern trend of ever-smaller headlights thanks to compact LED technology. In part, the lights’ size is likely to be a styling whim, but it would also be no surprise if the large unit also incorporates cornering lamps.

The new Super Adventure appears to use a similar steel trellis chassis to the existing model, with electronically adaptable WP suspension fitted at both ends. The seat subframe is a new aluminium part and there’s a redesigned swingarm. The bodywork bulges noticeably towards the lower part of the fairing, which suggests KTM has transplanted the low-mounted fuel tank design of the 790 Adventure, helping disguise the bike’s bulk by keeping its centre of gravity low and reducing the size between the rider’s legs. 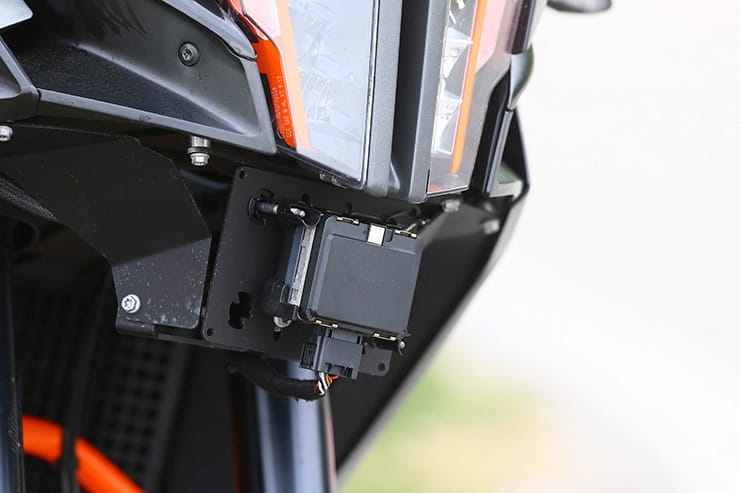