Delays for travellers after weapons found hidden in motorcycles 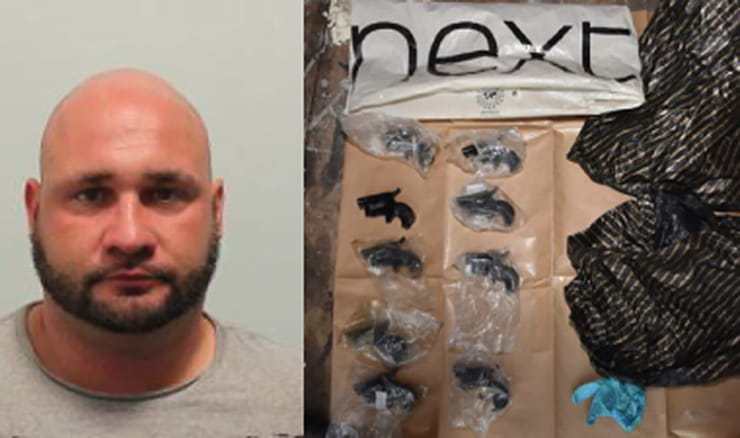 Stephen Spires, who admitted to never having had “a proper job” has been found guilty of his part in importing weapons to the UK

Motorcyclists and drivers coming back into the UK (or visiting from Europe) can expect extra checks at Britain’s ports after firearms and other lethal weapons were found concealed in various bikes, cars and motor parts.

Delays are possible for all travellers as extra searches are carried out; only recently, a 37-year-old man from Slough – Stephen Spires – was convicted of his role in importing 96 firearms into the UK by hiding them in engine blocks that were carried in a trailer. 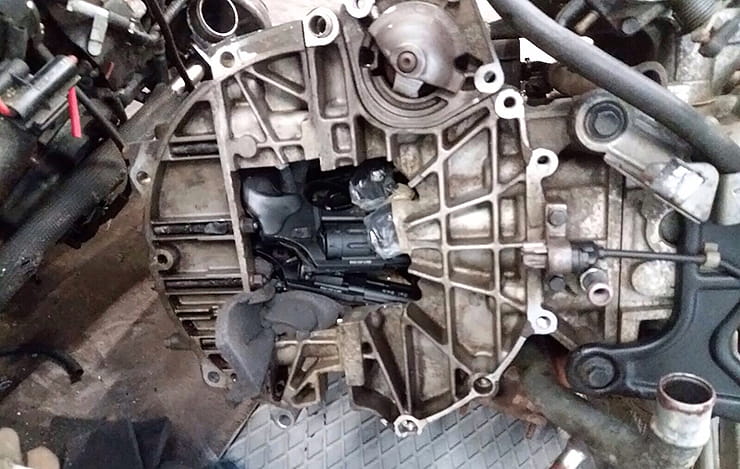 Spires’ conviction followed an investigation by the Met police and National Crime Agency that resulted in a previous arrest thanks to 79 handguns and thousands of rounds of ammunition being seized by Border Force Officers in France, due to intelligence supplied by the Met’s Organised Gang Partnership. 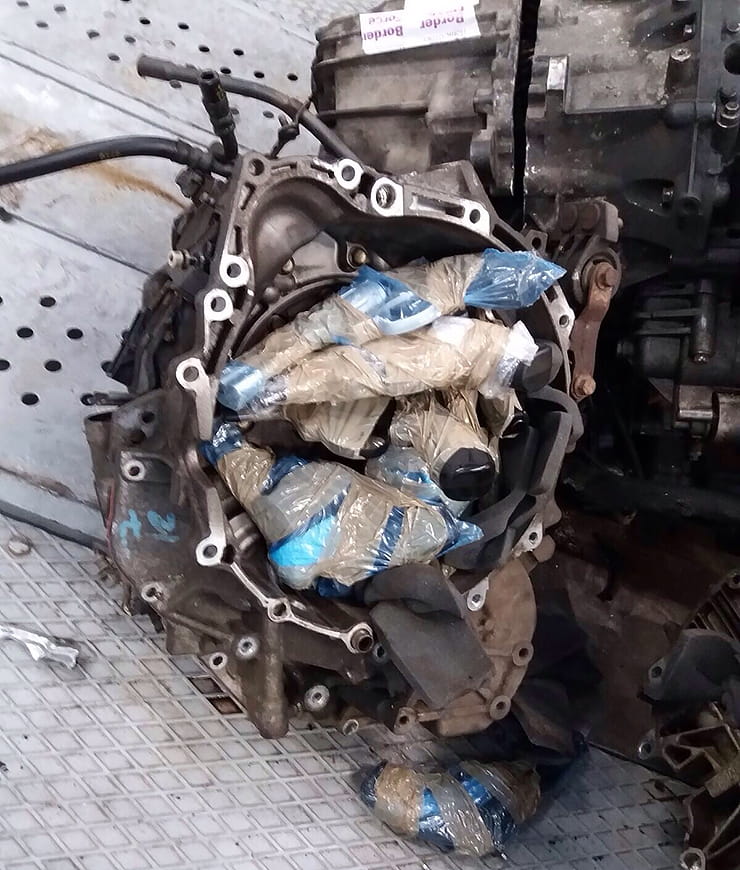 “Spires played a key role in importing what is believed to be one of the largest hauls of firearms seized in the UK,” said Tony O’Sullivan from the Organised Crime Partnership.

“Not only were all 96 firearms viable weapons, they were packaged up with thousands of rounds of ammunition. I have no doubt they would have been sold for profit on the criminal market.

“Although the level of gun crime in the UK remains one of the lowest in the world, we know that handguns like these are still the most commonly-used firearms. They are easily concealable, making them the firearm of choice by criminal groups, who use them to bring fear and violence to streets of the UK. Stopping their onward distribution has protected the British public and no doubt prevented gang-related shootings.” 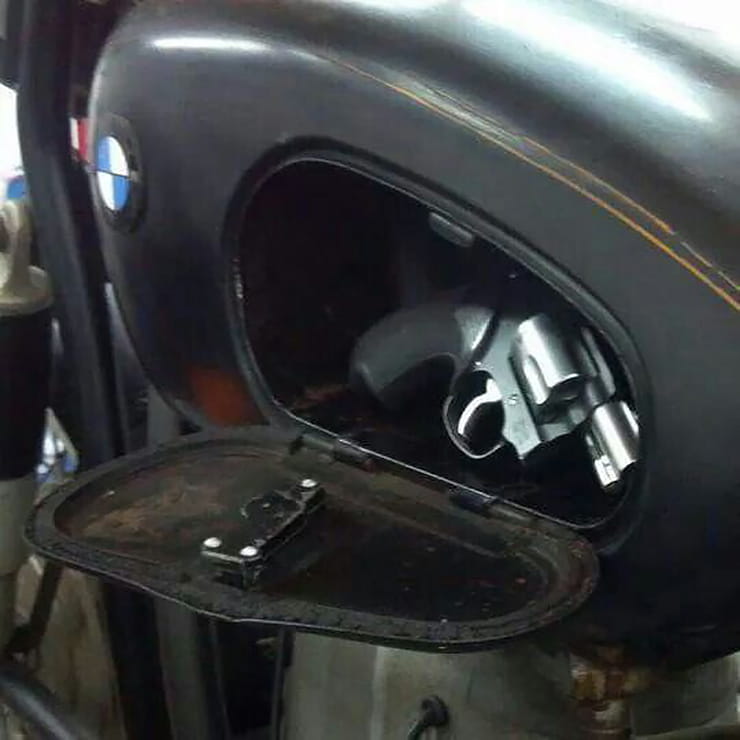 Guns have also been found hidden in motorcycles, in this case in a converted BMW tank

Police and customs officers on both sides of the channel have seen other concealments of weapons, including ammunition in motorcycle frame tubes, guns in battery boxes and specially adapted panels in petrol tanks and pillion seats. Knives have also been welded to petrol caps, taped to fairing panels and even adapted into a machine’s framework.

Any Guns – real or imitation – found secreted will result in arrest under the Offensive Weapons Act 2019, as will knives that are hidden, particularly in today’s climate. 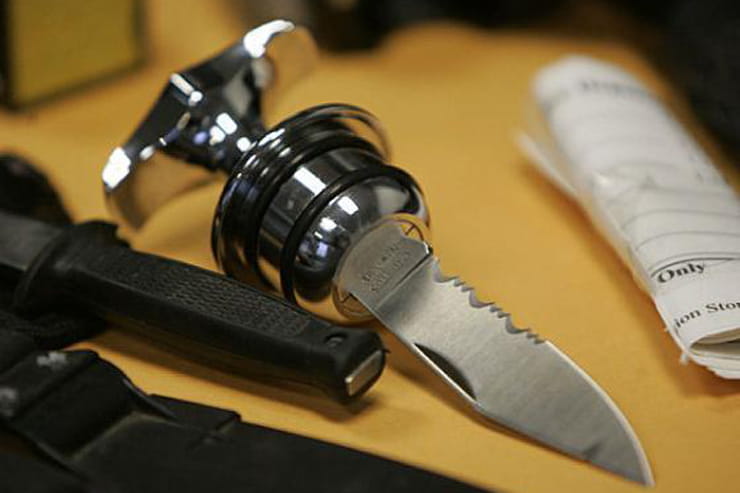 Knives have been built into the filler caps of bikes 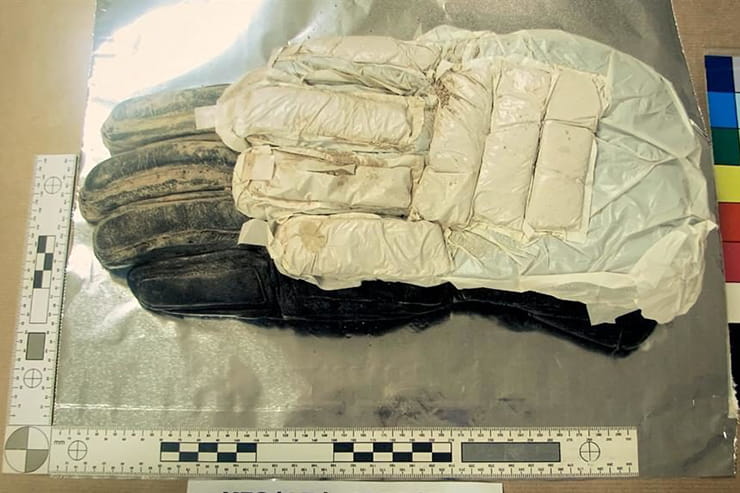