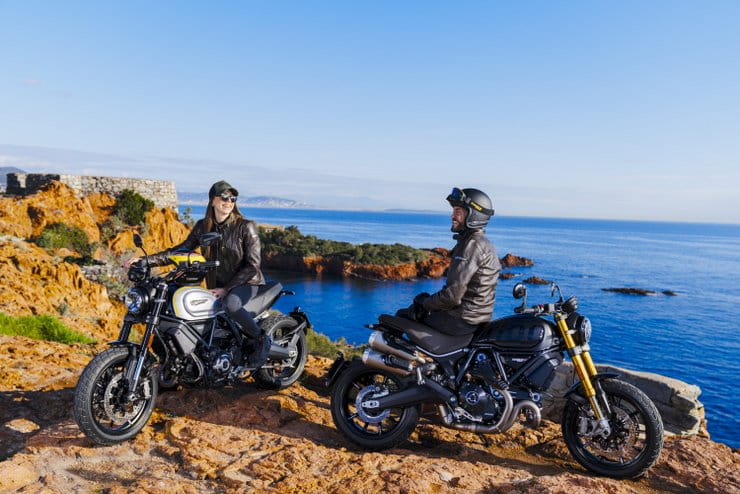 We first got wind of Ducati’s new Scrambler 1100 ‘PRO’ models back in August last year and now the firm has finally revealed the finished machines.

After teasing their existence a week ago, Ducati’s official announcement doesn’t hold many surprises. The new ‘PRO’ – all capitalised, for some reason – versions of the Scrambler 1100 and 1100 Sport are basically Euro 5 emissions compliant versions of the previous models, with a handful of styling tweaks thrown into the mix.

Both models get new graphics and revised seat trim along with a shorter rear mudguard and a low licence plate on a swingarm-mounted bracket instead of the old fender-mounted version. The exhaust is also new, with both PRO models getting stacked tailpipes on the right hand side, rather than one on each side as before.

The engine is the same 1079cc air-cooled twin as in the previous model, but tweaked to meet the latest emissions limits. Ducati’s official power and torque claims are unchanged – the firm says the bikes make 86hp at 7500rpm and 65lbft at 4750rpm. It’s worth noting, though, that Ducati is using European conversion factors, so it’s claimed HP is actually a PS number. In metric figures, the company says the Scrambler 1100 PRO models make 63kW, which is 84.5bhp.  Official EU type approval documents actually put the PRO’s power at 62.3kW, or 83.5bhp, where the old Euro 4 model made 63.6kW, or 85.3bhp. Not that anyone is likely to actually notice the difference while riding the bikes.

As before, the Sport version of the PRO is fitted with Öhlins suspension at both ends rather than the base bike’s mix of Marzocchi forks and a Kayaba shock. It also gets lower bars and bar-end-mounted mirrors, as well as a matte black paintjob.

Both PRO models have traction control and cornering ABS as standard along with three riding modes, and will be on sale at the end of March. 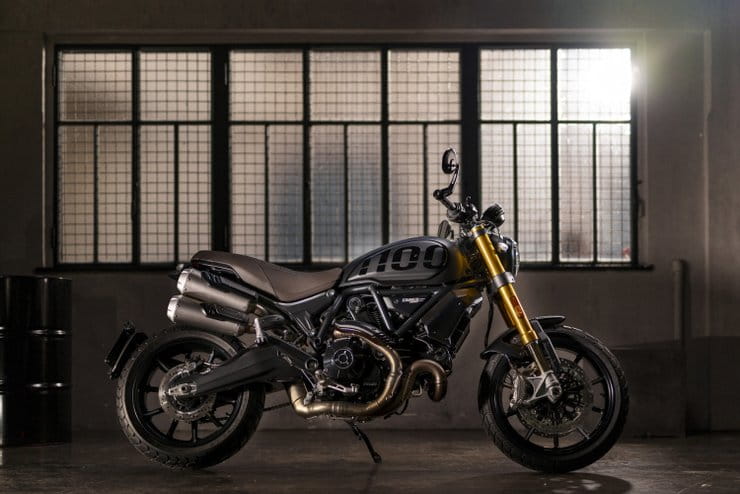