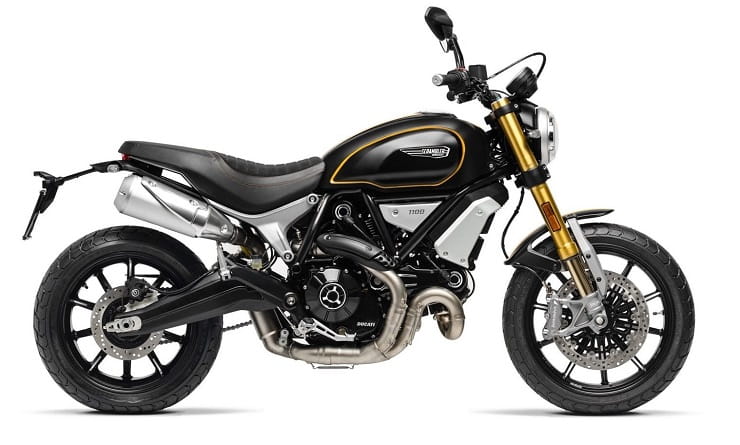 Two new derivatives of the Ducati Scrambler 1100 will join the range when the firm unveils its 2020 line up in October this year.

The Bologna firm has already announced plans to launch its 2020 range at a standalone event on 23rd October rather than vying for attention at one of the major bike shows, and it’s clearly going to have a lot to show. As well as the upcoming Panigale V2, Streetfighter V4, Multistrada V4, Multistrada Grand Tour and Scrambler Icon Dark, we now know that there will be at least two new models in the Scrambler 1100 range.

The 1100 and 1100 Sport (pictured above) are already key machines in Ducati’s Scrambler range, and the emissions documents confirm that the new ‘Pro’ versions of both bikes will be additional models sharing the same 86hp, 1079cc air-cooled engine. With no more performance on offer, that leaves a question over what the ‘Pro’ element will consist of.

At the moment we can’t be certain. The 1100 Sport already provides a high-spec option for Scrambler buyers, with Ohlins suspension instead of the Marzocchi/Kayaba combo of the base 1100, so ‘Pro’ isn’t likely to be a handling upgrade. Instead the Pro versions of the Scrambler 1100 and Scrambler 1100 Sport might turn out to be more off-road-oriented models with knobbly tyres, along the lines of the smaller Desert Sled.

Whatever the bikes turn out to be, it’s certain that the Scrambler 1100 Pro and Scramber 1100 Sport Pro will be lining up alongside their non-Pro (amateur?) siblings in the 2020 range.