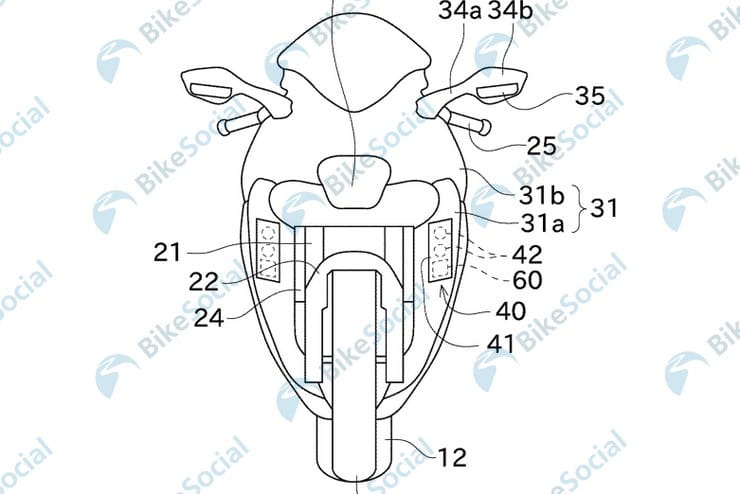 Radar-based adaptive cruise control is likely to be one of the big tech trends of 2020 with Ducati, KTM and Kawasaki all expected to reveal machines using Bosch’s front and rear radar units. But new patents show that Kawasaki is also developing an alternative system that relies on stereo cameras instead of radar to keep an eye on the vehicle ahead.

Adaptive cruise control is already a well-known feature in many modern cars. Most use radar units to monitor the position of cars in front, so when cruise control is engaged they’ll automatically keep pace with the surrounding traffic. The radars also allow alerts and automatic emergency braking systems to be introduced, but not every manufacturer is convinced that radar is the solution. Some car makers, notably Subaru, prefer to use cameras instead, and that’s the approach Kawasaki’s latest patent takes. 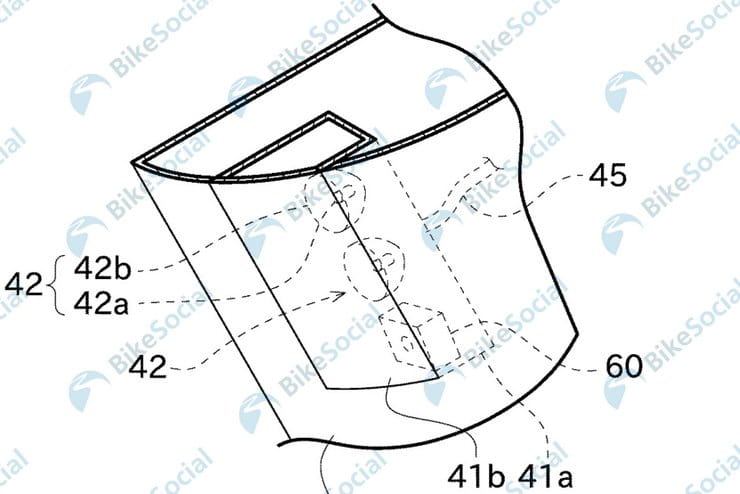 Radars and cameras each have their own advantages. Radar is particularly useful in darkness or low-visibility conditions – cutting through rain or fog to clearly ‘see’ any object in your path.

But cameras also have benefits. In particular, when allied to the right software, they’re better at recognising the difference between vehicles and roadside objects, as well as being better at distinguishing which lane a vehicle ahead is in.

They can also act more quickly than radar. Subaru’s ‘Eyesight’ system, for instance, will notice when brake lights are lit on vehicles ahead, giving a useful early warning before they actually begin to slow down. 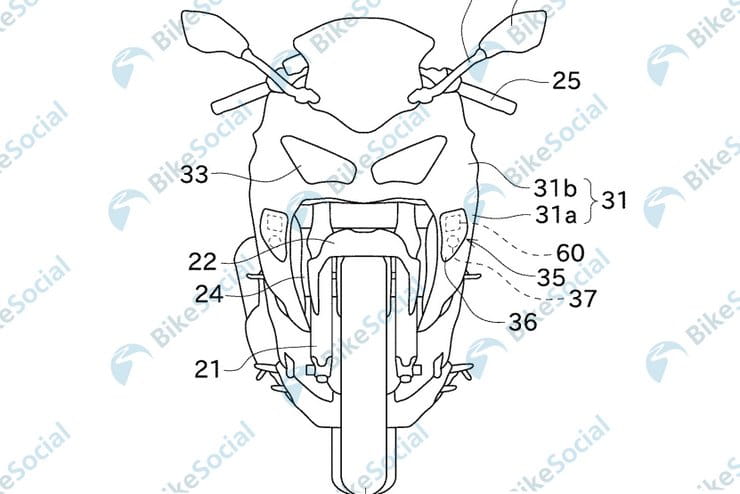 To allow camera-based vehicle detection systems to work properly, you need two cameras set a fixed distance apart to give a stereoscopic view. Just as your brain uses the view from two eyes to judge distances, stereo cameras allow a computer to tell how far away an object is. That’s precisely what Kawasaki’s proposed system does, too.

The firm’s latest patent shows how it plans to put a camera into each side of the fairing. The main patent drawing shows a bike with cornering lights set into the fairing’s front edges, just like the ones on the H2SX-SE, and suggests that the cameras (labelled ‘60’ in the image above) can be set behind the same outer lenses. Unlike radars, which need to be mounted right in the nose with no obstacles in front, the cameras can be made to work when fitted in this position.

The design particularly suits Kawasaki as mounting lights in this spot has been a styling signature for the firm for decades. Back in the 1980s the original ZX-10 had its indicators blended into the fairing sides here, as did the various ZZ-R models that followed it. Today Kawasaki’s including the Ninja 1000SX and H2SX continue that tradition. 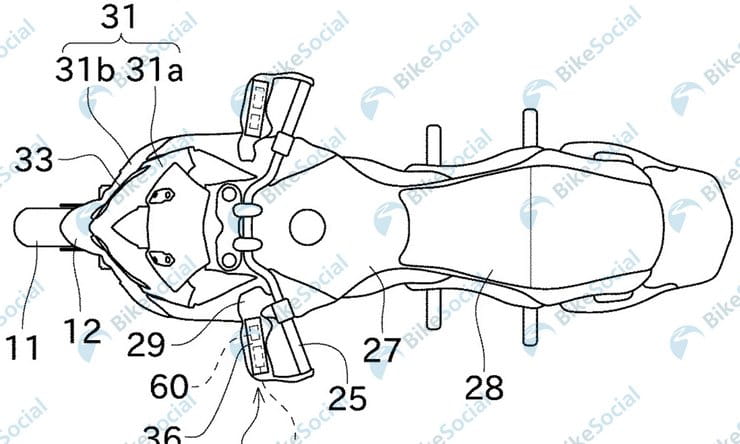 Kawasaki’s patent also explains that the cameras could be used along with a nose-mounted radar like the Bosch system that it will adopt on a new model in the very near future to give a safety system with the benefits of both technologies.

The new patent also reveals how the cameras could be fitted to a Versys, above, by mounting them in a somewhat vulnerable spot on the bike’s hand guards.

Chances are that we’ll see radars on production bikes rather sooner than this camera system reaches production. Ducati has already promised a radar-equipped bike this year – it’s virtually certain to be the forthcoming Multistrada V4 – and KTM has similarly committed to the Bosch radar system and been seen testing a futuristic Super Adventure with the technology fitted.